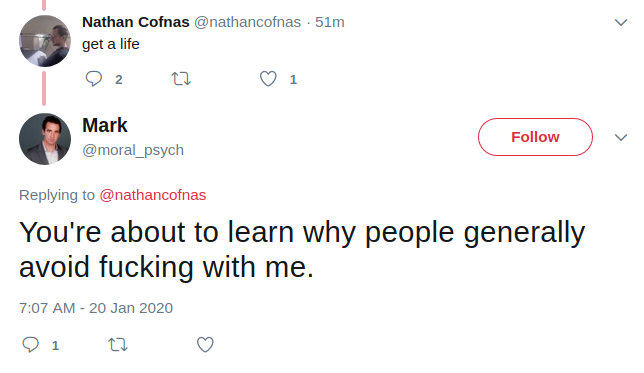 Now that we’re on the topic of curious people, it may be in order to recap the story of Mafia Mark, also know as Mark Alfano. He’s an associate professor of philosophy at Delft University of Technology. A few months ago, he was entertaining us all on Twitter by attacking Nathan Cofnas, a phd student who had recently published a paper on philosophy of race that Mark didn’t like:

Unsurprisingly given this behavior from a professor (!), Nathan told Mafia Mark that he needed psychiatric help (politely). Mark did not enjoy it one bit: 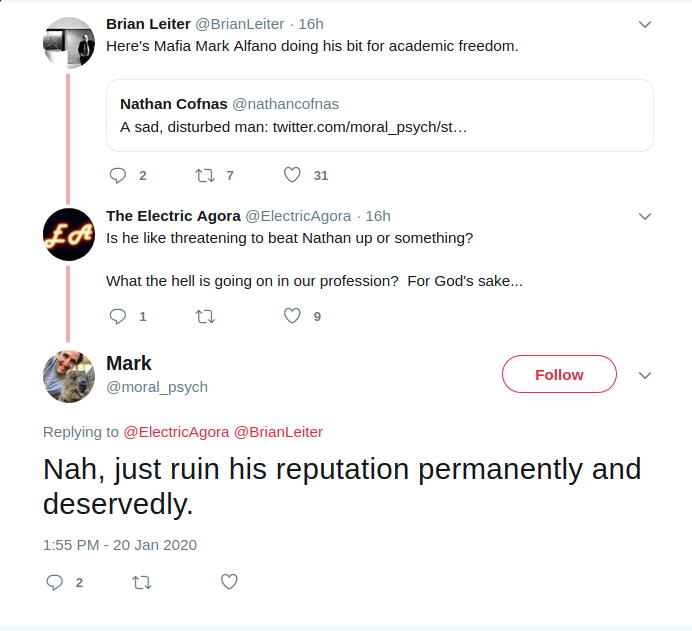 Now, in these woke times, this kind of thing is not too unusual. A student of physiognomy would not be surprised — this is Mafia Mark’s own chosen photo for Twitter: 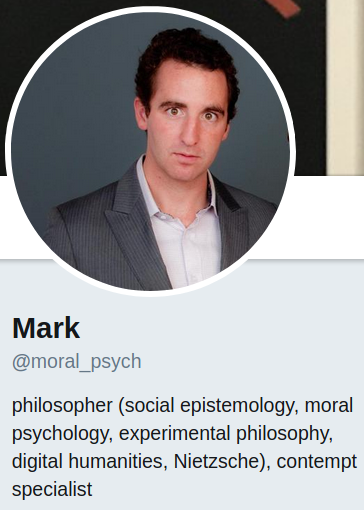 (He swapped it recently, but the internet doesn’t forget that easily.)

It gets better though! It turns out that Mark Alfano is not only an internet tough guy, but he recently was awarded a grant to study nothing else than intellectual humility! Both the APA and NYU are proudly tweeting about it: 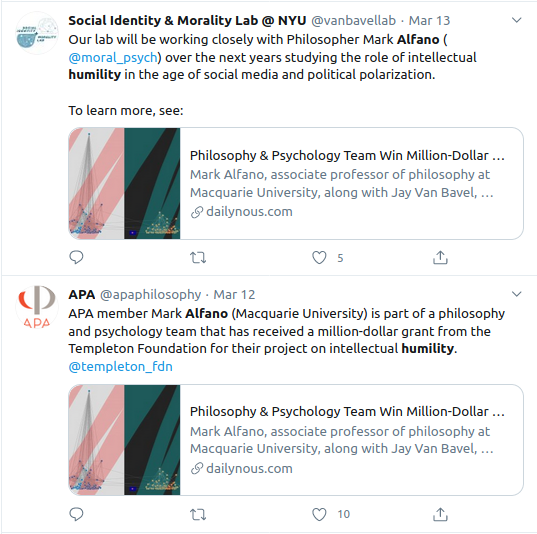 Mark, of course, has seemingly been planning how to most effectively study intellectual humility: he wants to build an AI to find intellectual enemies online, so he can “ruin [their] reputation permanently and deservedly”, one might guess: 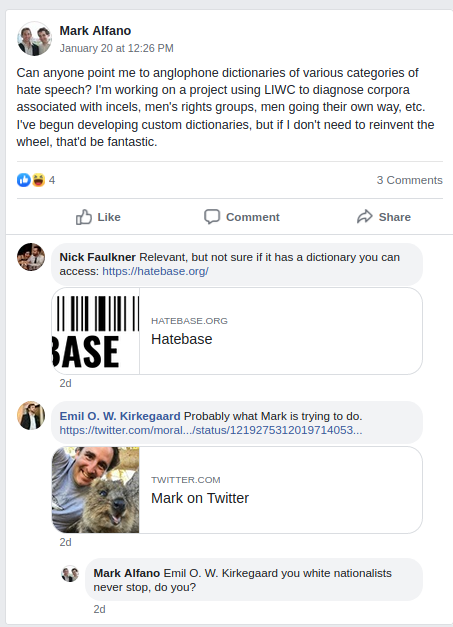 For those more curious: a bunch of his tweets are archived at archive.li, and Internet Archive.

Charles S. Peirce – How to Make Our Ideas Clear