The idea of reality being four-dimensional is strange and
counter-intuitive. Even Einstein himself at ﬁrst had difﬁculty
accepting Minkowski’s suggestion – though later he was won over
and declared ‘henceforth we must deal with a four-dimensional
existence instead of, hitherto, the evolution of a three-dimensional
existence’. Not that this is meant to imply that time has been
reduced to being merely a fourth spatial dimension. Although
it is indeed welded to the other three dimensions to form a four-
dimensional continuum, it yet retains a certain distinctiveness.
The light cone encircles the time axis, not the others. Absolute
future and absolute past are deﬁned in relation to the time axis
alone.

Acceptance of a four-dimensional reality is difﬁcult because it is
not something that lends itself to easy visualizing – indeed,
forming a mental picture of four axes all mutually at right angles
to each other is impossible. No, we must dispense with mental
pictures and simply allow the mathematics to guide us.
One of the disconcerting features about four-dimensional
spacetime is that nothing changes. Changes occur in time. But
spacetime is not in time; time is in spacetime (as one of its axes).
It appears to be saying that all of time – past, present, and
future – exists on an equal footing. In other words, events that we
customarily think of as no longer existing because they lie in the
past, do exist in spacetime. In the same way, future events which
we normally think of as not yet existing, do exist in spacetime.
There is nothing in this picture to select out the present instant,
labelled ‘now’, as being anything special – separating past from
future.

We are presented with a world where it is not only true that all of
space exists at each point in time, but also all of time exists at each
point in space. In other words, wherever you are seated now
reading this book, not only does the present instant exist, but also
the moment when you began reading, and the moment when you
later decide you have had enough (perhaps because all this is
giving you a headache) and you get up and go off to make a cup
of tea.

We are dealing with a strangely static existence, one that is
sometimes called ‘the block universe’. Now there is probably no
idea more controversial in modern physics than the block
universe. It is only natural to feel that there is something
especially ‘real’ about the present instant, that the future is
uncertain, that the past is ﬁnished, that time ‘ﬂows’. All these
conspire against acceptance of the idea that the past still exists
and the future also exists and is merely waiting for us to come
across it. Some leading physicists, while accepting that all
observers are indeed agreed on the value of the mathematical
quantity we are calling ‘the distance, or interval, between two
events in four-dimensional spacetime’, nevertheless deny that we
must go that extra step and conclude that spacetime is the true
nature of physical reality. They maintain that spacetime is merely
a mathematical structure; that is all. They are determined to
retain the seemingly common-sense idea that the past no longer
exists, the future has yet to exist, and that all that exists is the
present. I suspect you are inclined to agree with them. But before
lending them your support, it is worth considering in more depth
what your alternative to the block universe might be.

New York exist. The argument is merely over which of those three
events in New York one chooses to label as having the same time
coordinate as the one where you are. Relative motion means one
simply takes different slices through four-dimensional spacetime
as representing the events given the same time coordinate, ‘now’.

But of course, the block universe idea also has its problems.Where
does the perceived special nature of the moment ‘now’ come from,
and where do we get that dynamical sense of the ﬂow of time? This
is a big unsolved mystery, and might remain that way for all time.
It does not seem to come out of the physics – certainly not from
the block universe idea – but rather from our conscious perception
of the physical world. For some unknown reason, consciousness
seems to act like a searchlight scanning progressively along the
time axis, momentarily singling out an instant of physical time as
being that special moment we label ‘now’ – before the beam moves
on to pick out the next instant to be so labelled.

But now we are venturing into the realms of speculation. Let’s get
back to relativity . . .

Actually, it was just getting intresting. Perhaps i’ll have to read some of that filosofy of time after all…

We have seen that the faster one travels, the more time slows
down. Reach the speed of light, and time comes to a halt. This
appears to raise the question as to what would happen if one were
to accelerate still further until one was travelling faster than the
speed of light.What would that do to time?Would one go back in
time? One hopes not. Such an eventuality could cause all kinds of
confusion. Suppose, for instance, one were to go back and
accidentally run over one’s grandmother – and this before she had
had a chance to give birth to your mother.Without you having a
mother, how did you get here in the ﬁrst place!? Fortunately, this
cannot happen. As mentioned earlier, nothing can travel faster
than light. How does that come about?

Actually, backwards time travel is not a logical problem (but it is a fysical problem). It follows that since u are here, u did not actually go back and kill ur grandwhatever-relative. See Swartz writings on this subject: e.g. http://www.sfu.ca/~swartz/time_travel1.htm

Does the fact that we cannot accelerate to the speed, c, rule out all
possibility of travelling faster than light? Strictly speaking, no. All
we are saying is that it is impossible to take the kind of matter we
are familiar with and accelerate it to superluminal speeds. But that
does not rule out the rather fanciful possibility of there being a
second type of matter, created at speeds exceeding that of light,
and which can travel only at speeds in the range c to inﬁnity. Such
hypothetical particles have been given the name tachyons. Some
years ago they were the subject of much speculation. It was noted,
for example, that observers made of tachyon matter would
consider that speeds in the tachyon world were conﬁned to be less
than c, and that it was our type of matter that would have speeds
lying in the range c to inﬁnity. But enough of that; there is
absolutely no evidence for tachyons; they are but the subject of
unfounded speculation.

But neutrinos are so cool. :P There are even more strange things that happen if something moved at >c. First, take a look at the graf for momentum made from the relativistic equation p=mv/sqrt(1−v2/c2) (i have set m=1 and c=300000) 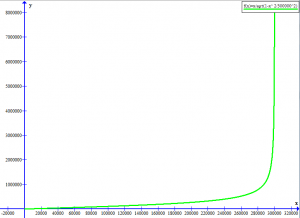 Notice how there is no values for x>300000. This is becus after that the v2/c2 clause is more than 1, which makes the sqrt take the sqrt from a negative number. This doesn’t work. However, if there really was FTL travel, how wud we alter the equation? How about the simple p=mv/sqrt(abs(1−v2/c2))? This gives the same results for x=[0;30000[ but after that also gives values for x>300000. It looks like this:

This is rather strange to interpret, as mentioned before. Becus at FTL speeds, when the particle speeds up, it loses not gains momentum! Basically, one cud harvest energy from these particles by speeding them up. How very strange. Another thing to note is that one cudn’t continue doing this since if x→∞, then f(x)→3, but only if one looks at x>30000, becus at x<30000, if x→∞, then f(x)→∞. 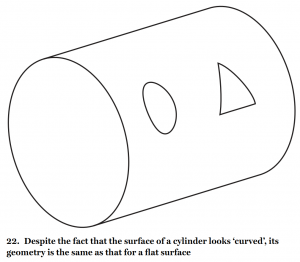 In conclusion, the weight of evidence for the existence of
supermassive black holes at the centre of galaxies is considered to
be overwhelming. 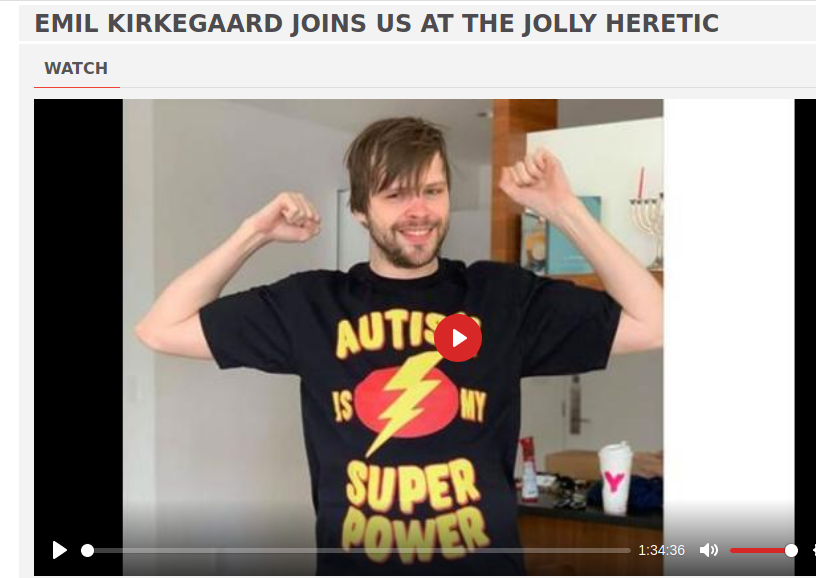 The quest for the perfect journal to publish in: The case of psychometrics, differential psychology