Emil O. W. Kirkegaard 16. April 2019 0 Comments
Speaking of philosophy of science, one of the things about new paradigms is that they are supposed to solve anomalies of older paradigms. A while ago, Dalliard (2014) mentioned (in a footnote!) one of these, namely the attitude-achievement paradox. There’s quite a number of studies on it: 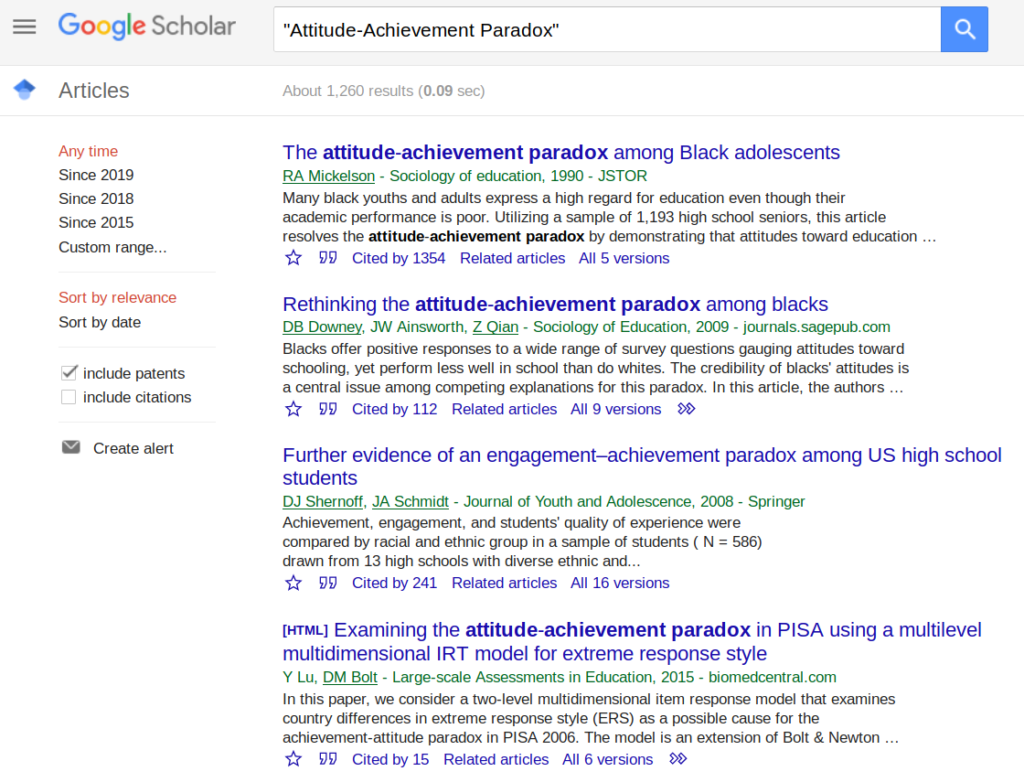 The brief version is that black, Hispanic etc. underachievement relative to white levels is thought to be caused by low expectations (‘negative stereotypes’) leading to low aspirations. However, when the supposed mediator is measured, it turns out that blacks actually have higher educational aspirations than whites, and thus the proposed mediator completely fails, being in the wrong direction. Blacks apparently, as a group, suffer from over-confidence, which is another confirmed stereotype.
I don’t think the previous literature has pointed out how the addition of group average differences to the model makes this anomaly go away. It’s another pointless epicycle in the blank slate model.
Education, intelligence / IQ / cognitive ability attitude-achievement paradox