Formalization of questions and answers is not a much discussed nor studied topic. Though there is a branch of logic dealing with it, erotetic logics. I admit not to have read much on the issue, in fact, almost nothing. This is because there is almost nothing on the internet about it, and the few books that deal with it are not to find in the danish library system.

The idea is to formalize questions and the answering of such. With formalization we have a framework for understanding when a question has been answered. It seems to me that we only have our intuitions to rely on until a relevant logic has been created, and intuitions are too often not trust worthy.

Q1. Who is credited with discovering the element Uranium?

How should we formalize this? How about:

Though there is a hidden second condition for a correct answer to this question. Note the word “who”. That that word is used implies that the answer refers to a person. So we may add:

Px ≡ is a person

Consider a more complex question such as:

Q2. Which scientist is credited with discovering the element Uranium and whose name is Martin and who is german?

Sx ≡ is a scientist

When should we say that an answer has been answered truthfully? Iff substituting the question mark “?” with the answer gives a true formula.1

Consider the correct answer to the first question above:

(Q1W) is true, therefore, the answer is correct.

Similarly with the second question:

Again this is true.

Logic English (LE) being the language where to formalizations are translated, as with propositional logic and predicate logic. This is a precise language that corresponds perfectly with logic. (Another thing that I am working on.)

I propose this translation to LE:

There exists one x such that x is credited with discovering the element Uranium and x is identical with who?

There exists one x such that x is credited with discovering the element Uranium and x is identical with Martin Heinrich Klaproth.

It is clear from my chosen formalization and translation that I think questions express propositions. So they can express something that is true or false like other sentences. This should not be too surprising. Consider the loaded question fallacy. That happens exactly when one asks a question that expresses a false proposition. A proposition expressed by the question is false iff it is not the case that there exists an x such that [predicates]. The clause with the “x=?” is ignored when evaluating truth values.

So, by accepting that some questions express propositions we can make sense of the loaded question fallacy.

It is possible formalize the multiple correct answers aspect of questions. Consider the question:

Q3. What is x identical with in the equation x2=4?

There are two correct answers to this question:

Substituting “?” with the answers produces:

Which are both true formula. So, there are more than one true answer. We could formalize this as (with help from set theory):

MS ≡ the number of members of S

A ≡ (the set of) answers

We can also translate this to LE:

There exists an x such that x2=4, and for all y, that y2=4 logically implies that y is a member of A and the number of members of A is more than 1, and x is identical with what?

It seems to me to be best to always have the question clause “x=?” at the end of a formula. Otherwise a translation of the formula into LE would produce a sentence that has a question mark in the middle of it. That would be grammatically incorrect. I strive to make LE grammatically correct or close to. The goal being that LE is readable by people that can read english.

An idea is to get rid of the first part of (Q3F*) and only keep the part with the universal quantifier (∀x), but that would produce problems with the question clause at the end. Like this:

“x” is not mentioned at all before the question clause at the end.

1More precisely, a formula that when interpreted with the supplied interpretation keys expresses a true proposition. 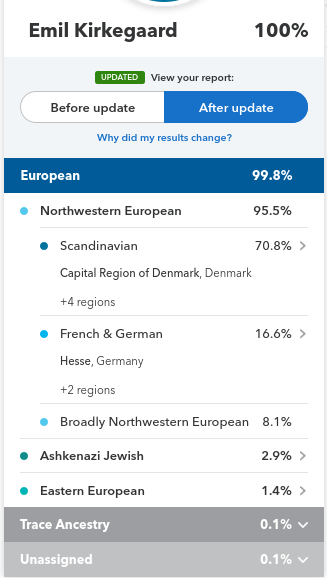