A small research stream exists which focuses on relationships between political ideology (inferred from voting behavior) and the intelligence of geopolitical sub-divisions such as the 50 U.S. states. With U.S. state-level data, IQ scores positively predict votes cast for Democrats, but only when controlling for state racial composition. Here, however, we explore the relationship between IQ and voting behavior at the level of U.S. counties (approx. n = 3,100). We find that county-level IQ weakly predicts more votes cast for Republicans (r’s .07 to .13) and less votes cast for Democrats (r’s -.10 to -.14). These small relationships are also found in multiple regression analyses, even when demographic data, social status, and population density appear as covariates (3 – 4% points more votes cast for Republicans per standard deviation of IQ). The effect of general social status was opposite that of intelligence (6 – 9% points less votes cast for Republicans per standard deviation of social status), which is surprising considering the very strong positive correlation (r = .77) between IQ and social status. Additionally, racial homogeneity by itself predicts voting Republican; however, when other variables are present in the regression model, homogeneity predicts voting Democrat. Results indicate that aggregate-level relationships between intelligence and voting outcomes are more complex than previously thought.

This is the second of more US county based studies we are conducting. The first was done already back in 2016. This one looks at voting patterns, which result in some curious findings. 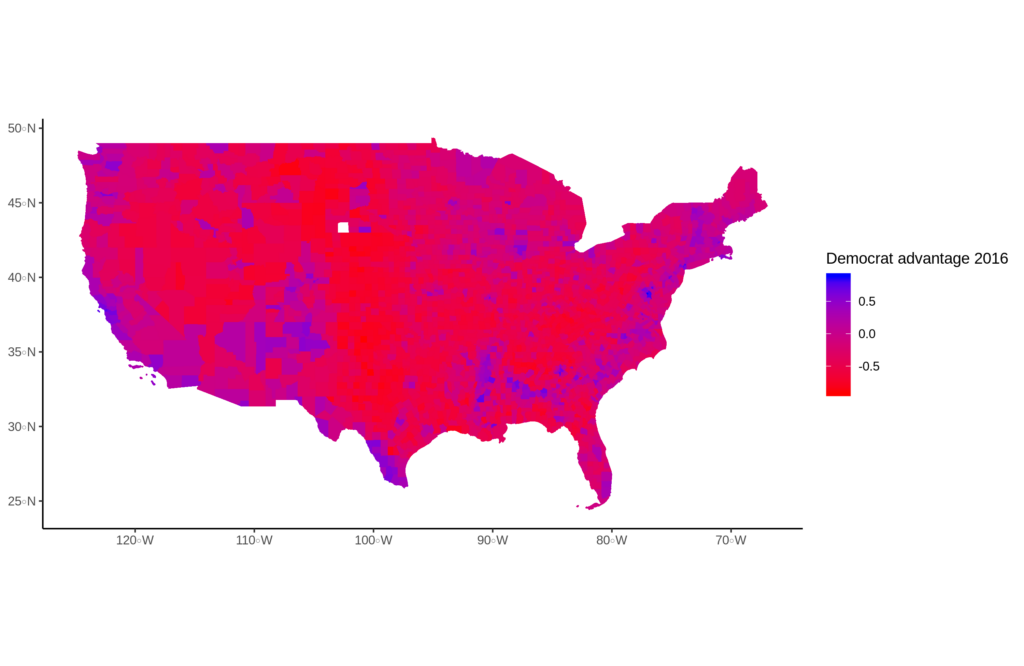 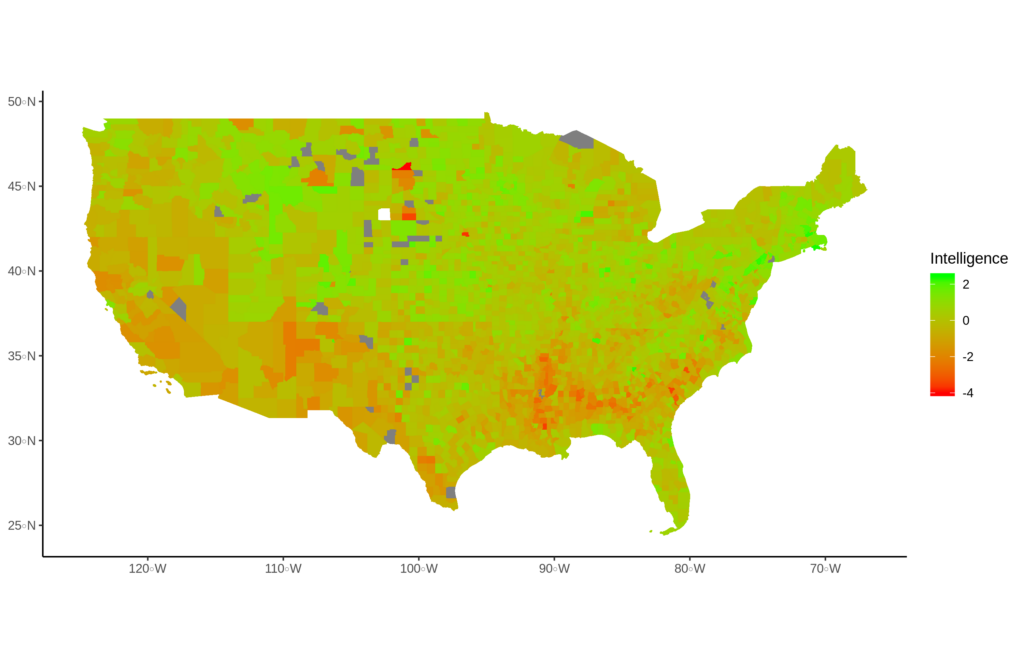 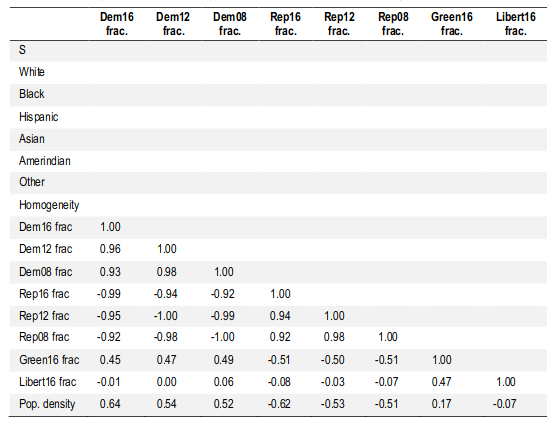 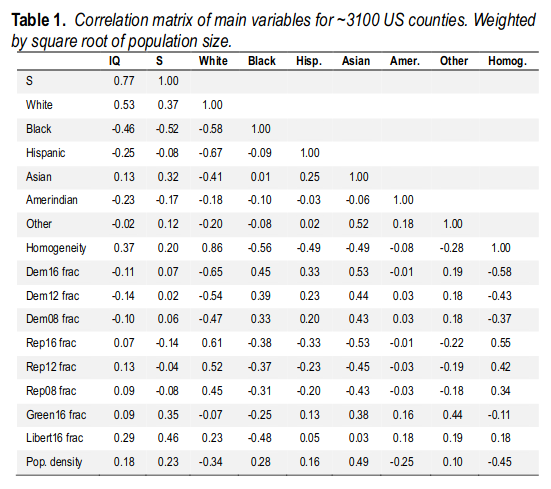 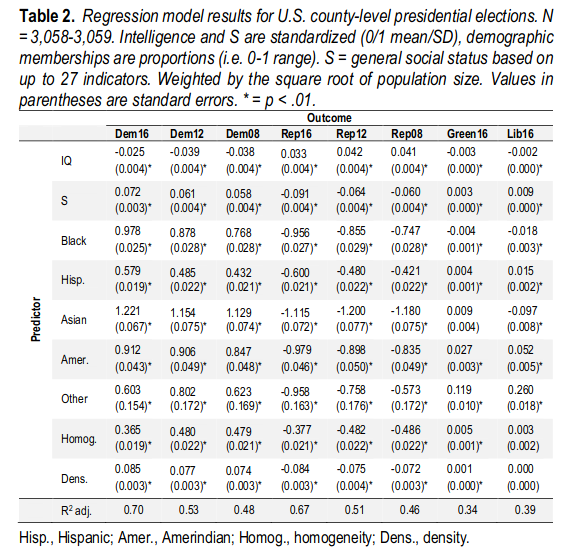