We sought to assess whether previous findings regarding the relationship between cognitive ability and religiosity could be replicated in a large dataset of online daters (maximum n = 67k). We found that self-declared religious people had lower IQs than nonreligious people (atheists and agnostics). Furthermore, within most religious groups, a negative relationship between the strength of religious conviction and IQ was observed. This relationship was absent or reversed in nonreligious groups. A factor of religiousness based on five questions correlated at −0.38 with IQ after adjusting for reliability (−0.30 before). The relationship between IQ and religiousness was not strongly confounded by plausible demographic covariates (β = −0.24 in final model versus −0.30 without covariates).

So, yet another OKCupid dataset paper!

People often ask me what the IQ items in the OKCupid dataset are. Here they are: 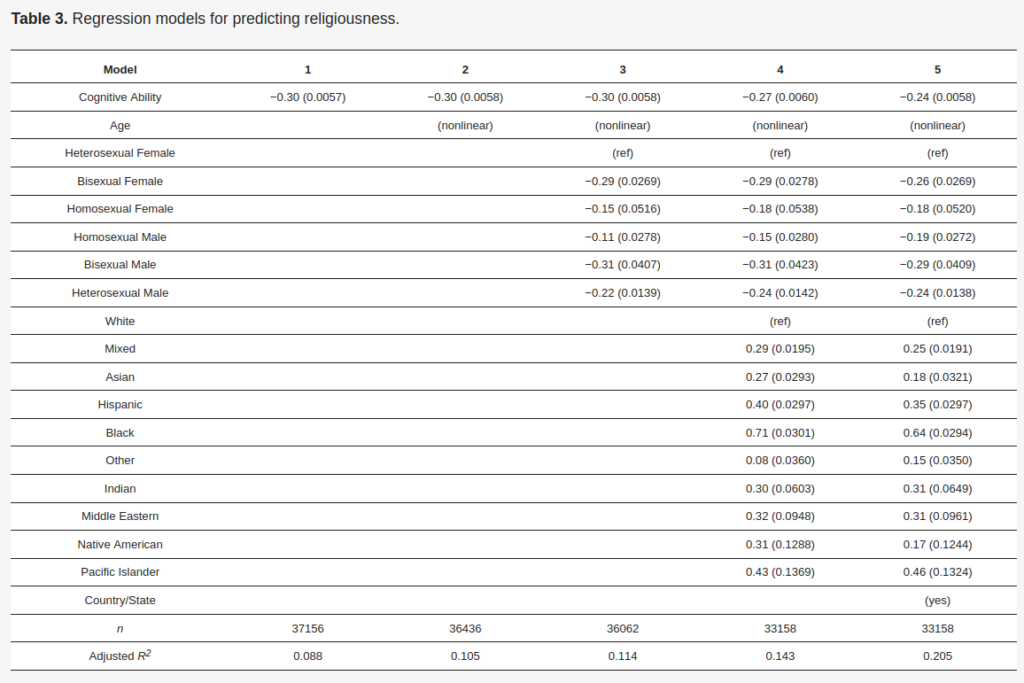 On Nazism and Jews