So it finally came to pass. This has been a long time in the coming. It’s been perhaps 6 months since a small group of people started targeting Bo Winegard specifically. The usual method is used:

When the newspaper article was emailed by persons unknown to my university’s provost and president, I was called for a meeting. They were not terribly pleased, but the meeting was uneventful and I was told to be more strategic in my navigation of such a sensitive topic. I agreed that I would try. A few months later, however, someone using a pseudonym began emailing my provost, my president, and my entire department (but not me) links to my articles (including those written for this outlet) and screenshots of “offensive” tweets. My anonymous accuser held me to be guilty of all kinds of treachery and threatened to inform the board of trustees of my sins.

Exemplary behavior and personal virtues will NOT SAVE YOU:

I followed all of the protocols of academia. I published articles in peer-reviewed journals. I shared my ideas, always politely, on Twitter, and I encouraged people to debate me and to criticize my ideas. And I was fired. If it can happen to me, then it can happen to any academic who challenges the prevailing views of their discipline. You may disagree with everything I believe, say, and write, but it is in everyone’s interests that you support my freedom to believe, say, and write it.

In this regard, Bo Winegard follows the path of Noah Carl, another early career mild mannered but heterodox academic fired after woke harassment. They are even associated with the same Magazine, Quillette, a sort of center-left but anti-Woke loose network. For those historically inclined, this is kind of the modern day version of the anti-communist liberalism of McCarthy era.

Who was behind the campaign this time? Seems it was not Oliver D. Smith, my regular stalker. Instead, seems it was another deranged person, who goes by the name AfroSapiens. He posted one of the emails he has been sending to Bo’s university: 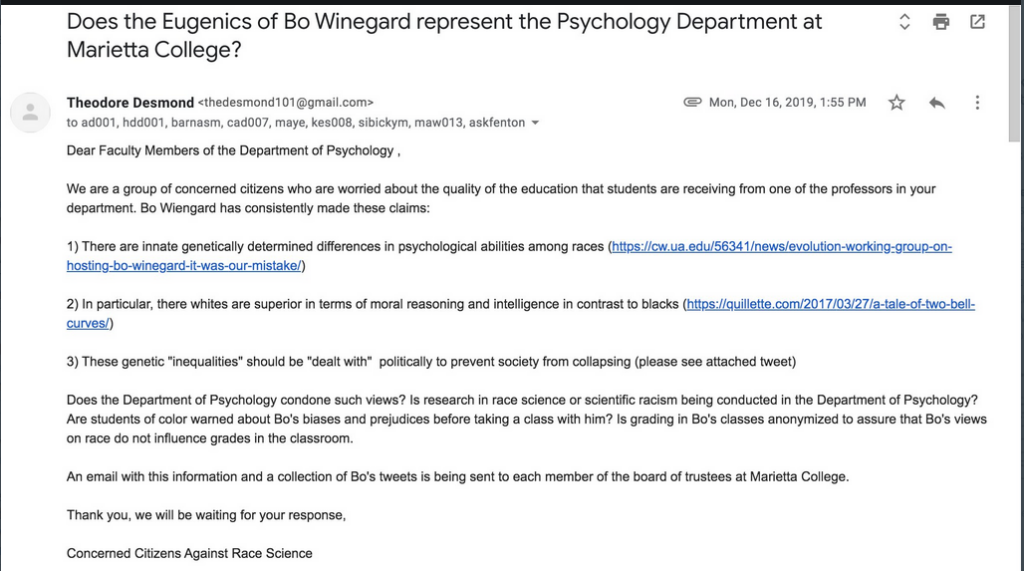 Name is a pseudonym, presumably.

He later deleted the tweet, but I archived it: https://archive.ph/NiC2U

He also deleted most of his Twitter accounts. There doesn’t seem to be archives of all of them: 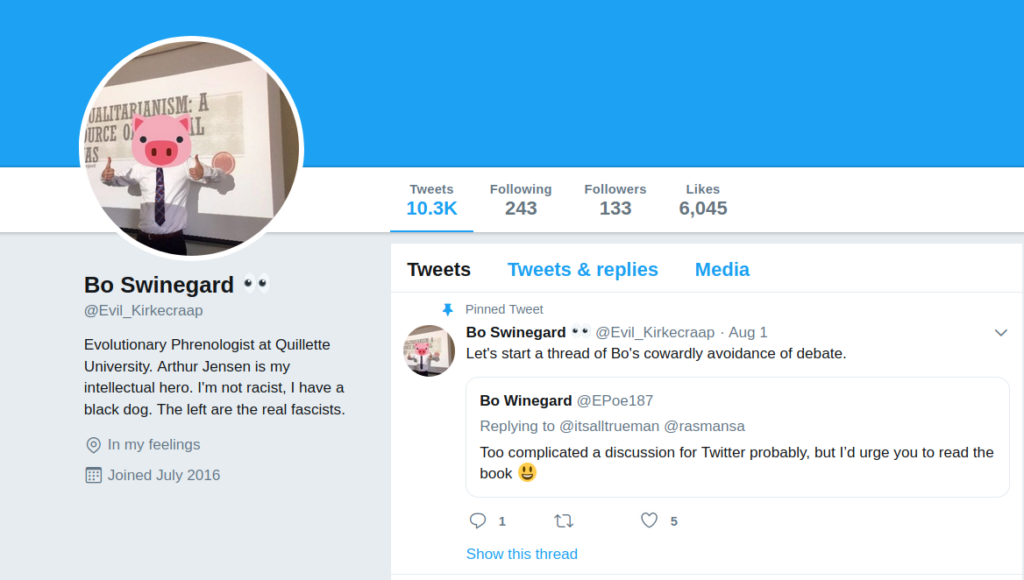 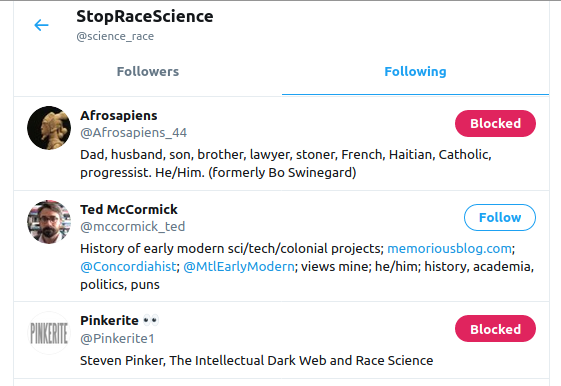 The accounts it is connected with.

I have posted a 200 USD bounty for anyone who sends me the name and proof of this guy’s identity. The purpose is possible legal actions against him.

I hereby put a 200 USD bounty on whoever finds the real life name of this AfroSapiens moron. https://t.co/zl8vjQYVgZ

Bo was quick to initiate some fundraisers. You got 2 options: one-time donation, and going steady. Knowing that trad dating is good, you choose going steady, right? 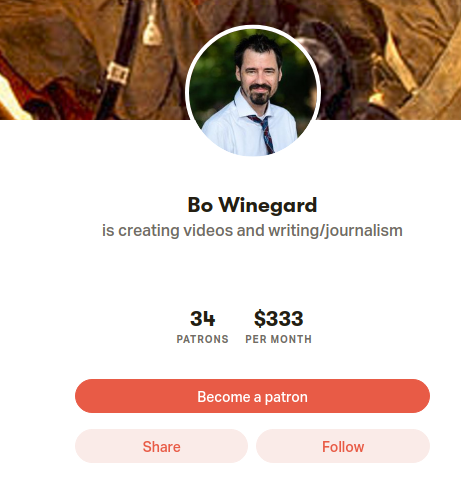 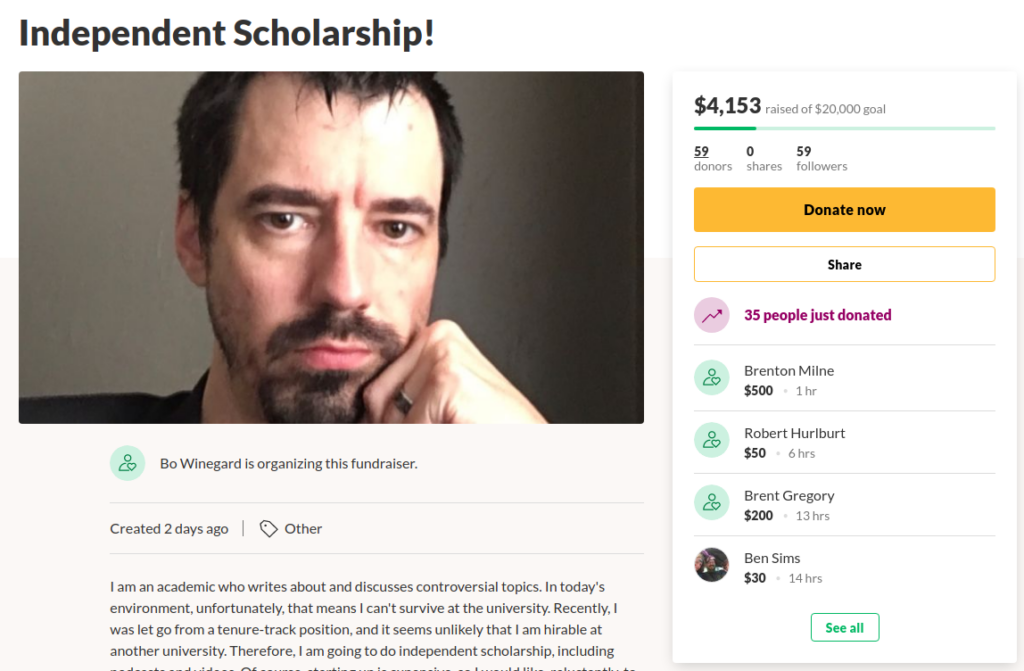