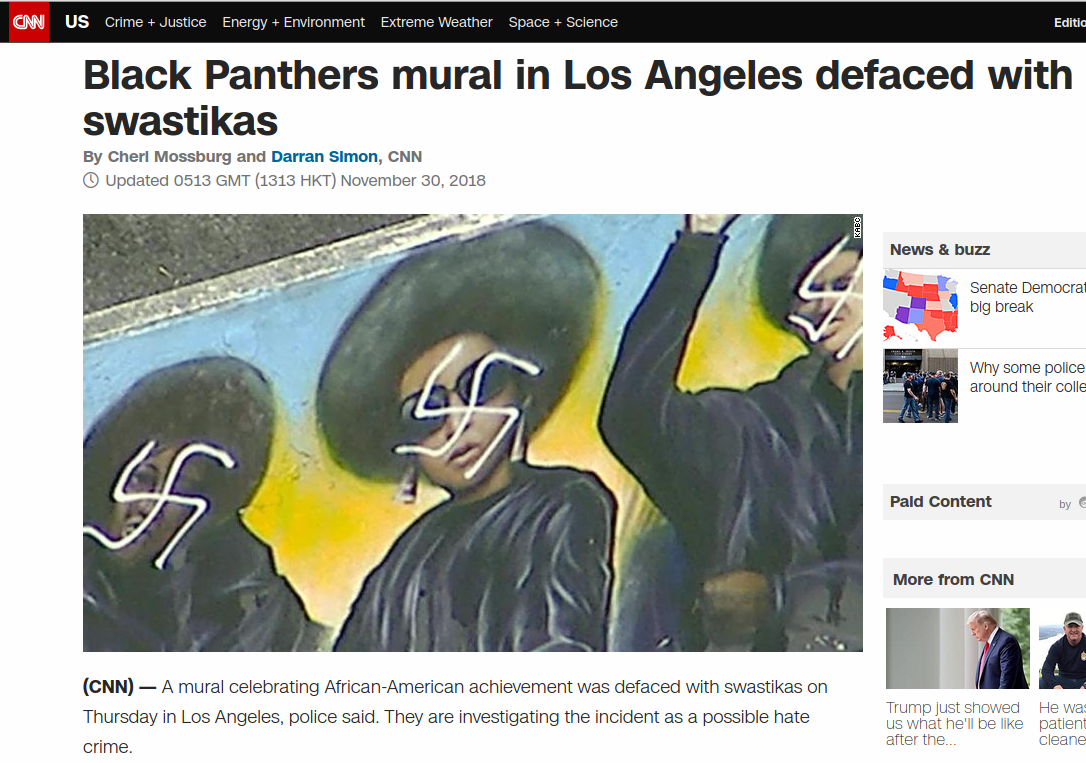 In the prior post, I quoted some parts of a paper written by sociologist Howard S. Becker in 1967 which advocated a distortion model of science. To quote the most relevant part:

This part is equally applicable to journalists, as argued in the excellent book Left Turn: How Liberal Media Bias Distorts the American Mind by Tim Groseclose. In our large meta-analysis of journalist voting patterns, we explicitly advocate this model for the whole scientific process including the interplay between media attention and fund raising. It’s been a work in progress for years (2018 video presentation here, I will make a new video when its published). In the meantime, CNN runs a story Black Panthers mural in Los Angeles defaced with swastikas with this image which I think illustrates the above model well: 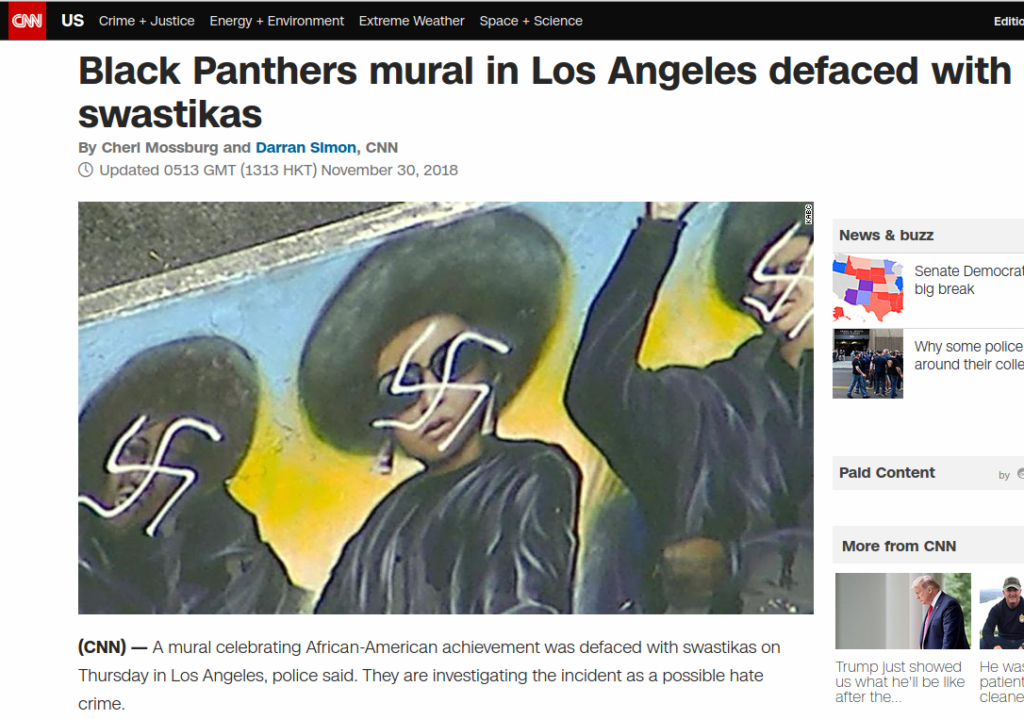 So, yes, swastikas are on top of this mural that could be describing as “celebrating African-American achievement”. What’s missing? Here’s the full photo: 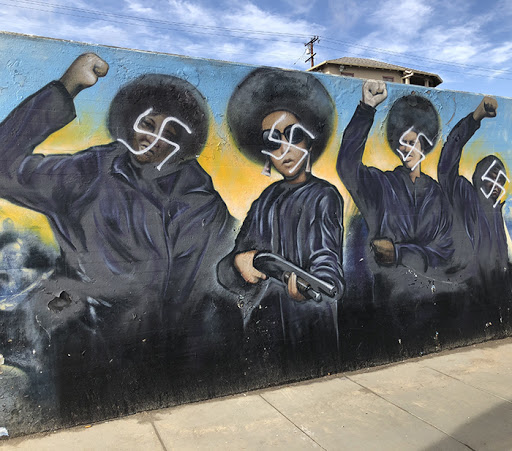 So, the shotgun was being cropped out. The mural being painted over is actually a glorification to the race-based (“racist”) domestic terrorist group known as Black Panthers. You may think this is an inconsequential example, and it sort of is. The point is, however, that these things add up to a misleading general picture. A little bit of bias here, and little bit there. Combine this with the Gell-Mann amnesia phenomenon:

“Briefly stated, the Gell-Mann Amnesia effect is as follows. You open the newspaper to an article on some subject you know well. In Murray’s case, physics. In mine, show business. You read the article and see the journalist has absolutely no understanding of either the facts or the issues. Often, the article is so wrong it actually presents the story backward—reversing cause and effect. I call these the “wet streets cause rain” stories. Paper’s full of them.

In any case, you read with exasperation or amusement the multiple errors in a story, and then turn the page to national or international affairs, and read as if the rest of the newspaper was somehow more accurate about Palestine than the baloney you just read. You turn the page, and forget what you know.”
– Michael Crichton (1942-2008)

So instead of thinking about accuracy vs. ignorance, think about biased vs. neutral presentation. The above CNN story/header isn’t inaccurate per se, but it’s grossly misleading. If you don’t trust the general presentation from the media on topic X you know well, and realize it’s a left-wing skewed presentation, why trust the media on any other area you don’t know well? This results in generalized media skepticism, and seems to me an unavoidable conclusion.

New paper out: The Left-Liberal Skew of Western Media