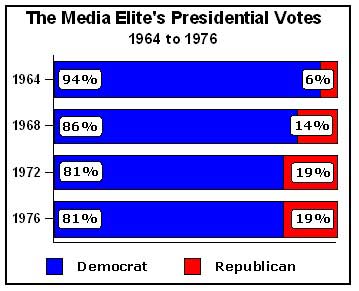 The Media Research Center (MRC) is an American politically conservative content analysis group based in Reston, Virginia, founded in 1987 by L. Brent Bozell III.[2] It characterizes itself as a media watchdog,[2] whereas Brian Montopoli in the Columbia Journalism Review in 2005 considered it “propaganda clothed as critique”.[3]

The nonprofit MRC has received financial support primarily from Robert Mercer,[4] but with several other conservative-leaning sources, including the Bradley, Scaife, Olin, Castle Rock, Carthage and JM foundations, as well as ExxonMobil.[5][6][7] It has been described as “one of the most active and best-funded, and yet least known” arms of the modern conservative movement.[8] The organization rejects the scientific consensus on climate change, and criticizes media coverage that reflects the scientific consensus.[6][9]

Alright, so we know the lefties really don’t like this organization. Maybe it is evil, or maybe it exposes things leftists rather saw hidden. I certainly think report produced by the Media Research Center as highly informative, no matter whether it was paid for by oil money, or misallocated tax money, which is how the left sponsors their political research (i.e. through the higher education system). Since the report is currently 404 on the website, I host here a copy of it: The Liberal Media Exposed. One can get the same from the IA.

Surveys over the past 25 years have consistently found that journalists are much more liberal than rest of America. The Media Research Center has compiled the relevant data on journalist attitudes, as well as polling showing how the American public’s recognition of the media’s liberal bias has grown over the years.

What follows are key data from nearly two dozen surveys about media bias. For additional information, including links to many of the surveys cited here, please visit www.MRC.org and click on “Media Bias Basics.”

So it duly summarizes, with crude 1990s graphs, results from a lot of surveys. Typical result looks like this: 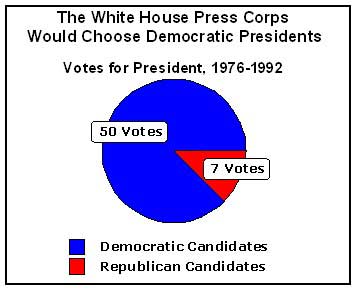 New paper out: The Left-Liberal Skew of Western Media