Austrian economics: worse than expected — Review of Democracy, the God that failed (Hoppe)

After reading a book defending limitations to free trade/protectionism, it was time for something completely different.

So I looked around after any current, well-regarded (in their circles) Austrian libertarian economist. Because I know many ancap people, I just picked one of those they often mentioned: Hans-Hermann Hoppe. Looking over his Wikipedia profile, you’d probably get the general idea. We combine a Kantian synthetic a priori approach with economics and a natural law theory of morality. As our foundational principle of the moral system, we choose some kind of self-ownership property etc. principle (not the non-aggression one apparently). Then we try to derive everything in morality and economics from these principles per deduction. Sounds crazy? Sure. As mentioned in the previous post, humans really aren’t that consistent, self-interested, knowledgeable, rational etc. for these kinds of deductions to make correct predictions. What does Hoppe say when faced with incorrect predictions? Naturally, he correctly deduces that:

And in accordance with common sense, too, I would regard someone who wanted to “test” these propositions, or who reported “facts” contradicting or deviating from them, as con- fused. A priori theory trumps and corrects experience (and logic overrules observation), and not vice-versa.

So, from that perspective, things are quite simple. We establish (to our satisfaction) some principles of economics and morality, then we just deduce the rest from there. We don’t need to care about any actual sciencing involving data. These merely serve as illustrations of the deductive results (when in agreement) or ??? when not.

Hoppe gives some examples of a priori propositions:

None of them concern politics, but we might already see some problems. Some material things are in two places at once, like galaxies, which are distributed objects kept together by gravity (in fact, atoms, molecules etc. are the same way). A straight line is not always the shortest between two points: it depends on the geometry in question. It just so happens that reality is not actually Euclidian per general relativity theory, so this statement is actually empirically false. The same is true for the next. Black holes, which have no extension, might send out light of certain wave lengths (Hawking radiation). I’m not sure.

Hoppe then goes on to mention some social science ones:

More importantly, examples of a priori theory also abound in the social sciences, in particular in the fields of political economy and philosophy: Human action is an actor’s purposeful pursuit of valued ends with scarce means. No one can purposefully not act. Every action is aimed at improving the actor’s subjective well-being above what it otherwise would have been. A larger quantity of a good is valued more highly than a smaller quantity of the same good. Satisfaction earlier is preferred over satisfaction later. Production must precede consumption. What is consumed now cannot be consumed again in the future. If the price of a good is lowered, either the same quantity or more will be bought than otherwise. Prices fixed below market clearing prices will lead to lasting shortages. Without private property in factors of production there can be no factor prices, and without factor prices cost-accounting is impossible. Taxes are an imposition on producers and/ or wealth owners and reduce production and/ or wealth below what it otherwise would have been. Interpersonal conflict is possible only if and insofar as things are scarce. No thing or part of a thing can be owned exclusively by more than one person at a time. Democracy (majority rule) is incompatible with private property (individual ownership and rule). No form of taxation can be uniform (equal), but every taxation involves the creation of two distinct and unequal classes of taxpayers versus tax-receiver consumers. Property and property titles are distinct entities, and an increase of the latter without a corresponding increase of the former does not raise social wealth but leads to a redistribution of existing wealth.

For an empiricist, propositions such as these must be interpreted as either stating nothing empirical at all and being mere speech conventions, or as forever testable and tentative hypotheses. To us, as to common sense, they are neither. In fact, it strikes us as utterly disingenuous to portray these propositions as having no empirical content. Clearly, they state something about “real” things and events! And it seems similarly disingenuous to regard these propositions as hypotheses. Hypothetical propositions, as commonly understood, are statements such as these: Children prefer McDonald’s over Burger King. The worldwide’ ratio of beef to pork spending is 2:1. Germans prefer Spain over Greece as a vacation destination. Longer education in public schools will lead to higher wages. The volume of shopping shortly before Christmas exceeds that of shortly after Christmas. Catholics vote predominantly “Democratic.” Japanese save a quarter of their disposable income. Ger- mans drink more beer than Frenchmen. The United States produces more computers than any other country. Most inhabitants of the U.S. are white and of European descent. Propositions such as these require the collection of historical data to be validated. And they must be continually reevaluated, because the asserted relationships are not necessary (but “contingent”) ones; that is, because there is nothing inherently impossible, inconceivable, or plain wrong in assuming the opposite of the above: e.g., that children prefer Burger King to McDonald’s, or Germans Greece to Spain, etc. This, however, is not the case with the former, theoretical propositions. To negate these propositions and assume, for in- stance, that a smaller quantity of a good might be preferred to a larger one of the same good, that what is being consumed now can possibly be consumed again in the future, or that cost-accounting could be accomplished also without factor prices, strikes one as absurd; and anyone engaged in “empirical research” and “testing” to determine which one of two contradictory propositions such as these does or does not hold appears to be either a fool or a fraud.

Where to begin? Actually many or even most of these are open to question. E.g Human action is an actor’s purposeful pursuit of valued ends with scarce means. Are we defining ‘human action’ this way, or trying to state something true about the world? Well, unless they have odd definition of ‘action’ in mind, then not all human actions are purposeful. There’s an entire category of such non-purposeful actions, like sneezing, hiccups, most coughing, and knee jerks. The remaining statements have similar problems.

Anyway, so Hoppe does not seem to get this. Instead he treats his derivations based on such principles as matter of fact, for morality and policy. Everything that doesn’t agree is then morally dubious or doesn’t understand the facts, or is deluded that empirical data can overrule logic. Actually, Hoppe doesn’t actually formally deduce anything (i.e. with symbols or rigid prose), presumably because he lacks actual knowledge of logic, so why should we trust his informal, hand-waving arguments?

The rest of the book is essentially his speculations and moral condemnations of non-anarchists. The culty nature of things is revealed in the extreme reliance on a select few authors. Searching the book for Rothbard yields 170 mentions and von Mises 144 in a book with 330 pages (I removed the use of the latter in cases where it referred to the publisher).

This book is not recommended unless you have a particular interest in this breed of pseudoscience (praxeology). Among pseudosciences, it is surprisingly rarely mentioned, especially considering how anti-left wing it is (for exceptions, see here and here). 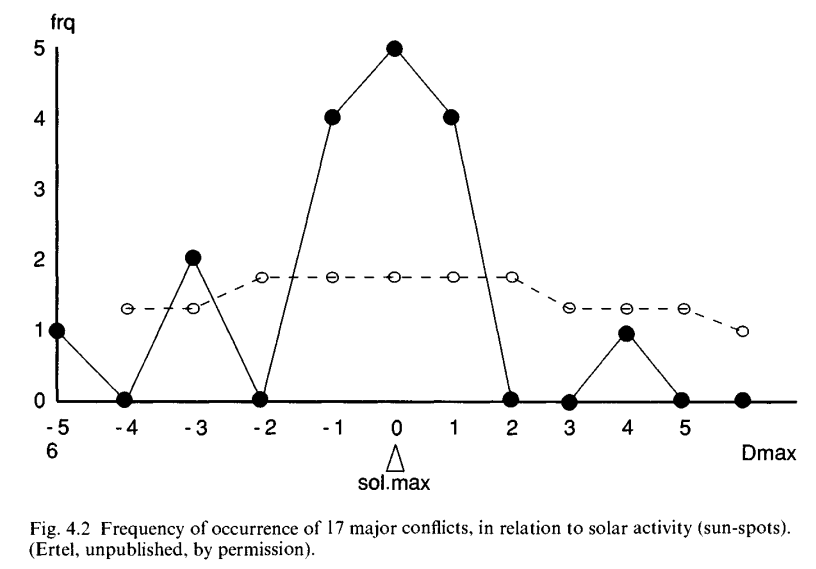