Somewhat surprising Denmark and Norway (difference perhaps not statistically significant) are at the top. I was expecting to see France because most english words have french or latin (both romance languages) origin. 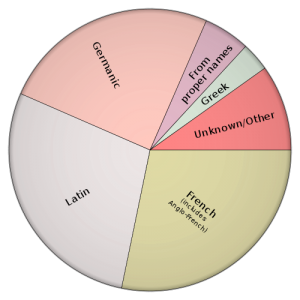 However, now that i see the data i can think of some reasons why scandinavians are good at english. First, the scandinavian languages are pretty similar to english (all are germanic languages), and they also share a large number of words with english, with danish sharing the most because danish was under german influence for multiple hundred years and many english words have german origin. They are also structurally and grammatically similar making the learning easier which perhaps makes people want to learn the language more.

Second, people that speak a language that relatively few other people speak (applies to all scandinavian languages) have a greater need to learn another language (i.e. english in this day of the internet) so that they can communicate with the outside world. People who speak french have a smaller need to learn english because there are so many people that speak french. Of the three large scandinavian languages, those which the fewest speakers are also those where the speakers at the best at english (i.e. danish and norwegian with about 5 million speakers each). There is no data about Foroe Islands, but i suspect that their situation is similar to that of Iceland (discussed below).

There are varius problems with my explanations:

First, my points above also apply to Icelandic, but the data shows that people from Iceland are not that good at english (10.9k). Why is that? Perhaps it is becus people from Iceland focus on learning a scandinavian language first (danish), and thus devote less time to learning english. This is not the case for danes, norwegians or swedes who all study english as their second language. Also, there is a very puritanistic language movement in Iceland which results in Icelandic introducing fewer loanwords which wud speed up vocabulary acquirement. (Wiki)

Second, Finland. Finnish is not related to english (or any scandivian language), and definitely not very similar to it and shares few words, but people from Finland are still great at english (about as good as swedes). Obviusly, my first first explanation above does not work, but the second still applies and applies even stronger actually. The reason is that finnish is only similar to hungarian while danish, swedish and norwegian are pretty similar to each other with some mutual intelligibility.

Theory of mind and reasoning complexity (paper for some linguistics class)