A previous study have found that the pattern holds for US states too (7). However, a new and larger dataset has been found, so it is worth examining whether the pattern holds in it, and if so, how strongly correlated the extracted factor scores are between the datasets. This would function as a kind of test-retest reliability.

The previous study (7) of the S factor among US states used a dataset of 25 variables compiled from various official statistics found at The 2012 Statistical Abstract website. The current study relies upon a dataset compiled by Measure of America, a website that visualizes social inequality. It is possible to download the datasets their maps rely upon here.

As done with earlier studies, I excluded the capital district. I also excluded the data for US as a whole since it was not a state like the other cases.

The dataset contains a total of 127 variables. However, not all of these are useful for examining the S factor:

The variables that were not given in per population format almost always had a sibling variable that was given in a suitable format and which was included in the analysis. After these exclusions, 101 variables remained for analysis.

An analysis of missing data showed that some variables still had missing data. Because the dataset had more variables than cases, it was not possible to impute the missing data using multiple regression as commonly done in these analyses. For this reason, these variables were excluded. After this, 93 variables remained for analysis.

An analysis of correlations among variables showed that 2 of them had duplicates (r = 1): Diabetes (% age 18 and older) and Low-Birth-Weight Infants (% of all infants). I’m not sure why this is the case.

Finally, some variables were so strongly related to other variables that keeping both would perhaps result in factor analytic errors or headily influence the resulting factor. I decided to use a threshold of |.9| as the limit. If any pair of variables correlated at this level or above, one of them was excluded. There were 6 pairs of variables like this and the first of the pair was excluded:

The army recruit variable seems to be a duplicate, but the numbers are not identical for all cases. The two preschool enrollment variables seem to be meant to be a reverse-coding of each other, but they don’t correlate perfectly negatively.

After exclusion of these variables, there were 81 remaining.

Inspection of the loadings revealed no important variables with the ‘wrong loading’ i.e., either a desirable outcome but with a negative loading or an undesirable outcome with a positive loading. Some variables are debatable. E.g. binge drinking in adults has a loading of .566, but this could be seen as a good thing (sufficient free time and money to spend it drinking large quantities of alcohol), or a bad thing (binge drinking is bad for one’s health). Figure 1 shows the loadings plot. 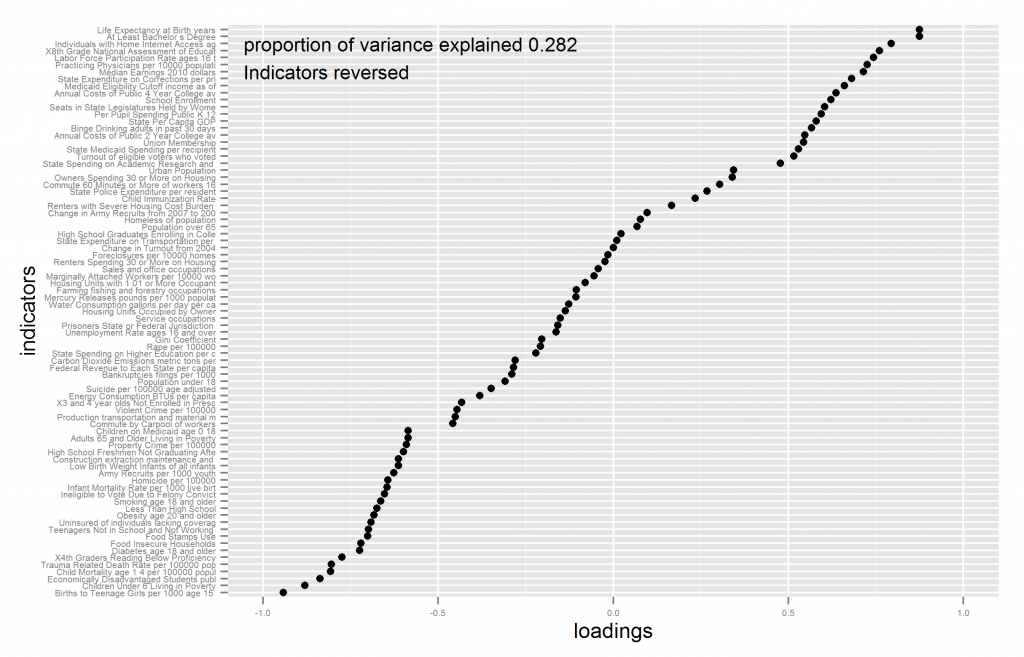 Figure 1: Loadings on the S factor. Some variable names were too long and were cut at the 40th character. Consult the main data file to see the full name.

The correlation matrix is shown in Table 1.

Table 1: Correlation matrix of S and HDI scores. Weighted correlations below the diagonal (sqrt of population).

The correlation between the previously obtained S factor and the new one was very strong at .961. The two different HDI measures had the lowest correlation. This is the expected result if they are the worst approximations of the S factor. Note however that the HDI2010 is rescaled from 2002 data, whereas the AHDI and current S factor are based on 2010 data. The previous S factor is based on data from approximately the last 10 years that were averaged.

Finally, factorial mixedness was examined using two methods detailed in a previous paper (17). In short, mixedness is when cases are incongruent with the overall factor structure found for the data. The methods showed convergent results (r = .65). Figure 2 shows the results. 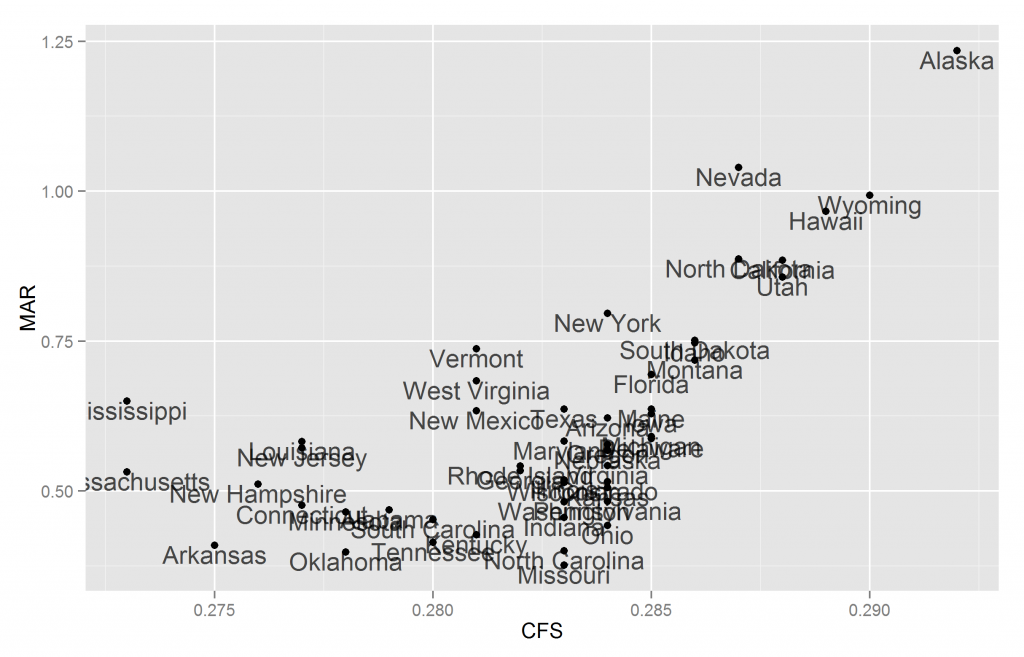 If one was doing a more detailed study, one could examine the residuals at the case level and see if one can find the reasons for why an outlier state is an outlier. In the case of Alaska, the residuals for each variable are shown in Table 2.

Table 2: Residuals per variable for Alaska.

The meaning of the numbers is this: It is the number of standard deviations that Alaska is above or below on each variable given its score on the S factor (-.24); How much it deviates from the expected level. We see that the Alaskan state spends a much more on transportation per person than expected (more than 6 standard deviations). This is presumably due to it being located very far north compared to the other states and has the lowest population density. It also spends more energy per citizen, again presumably related to the climate. I’m not sure why rape is so common, however.

One could examine the other outlier states in a similar fashion, but this is left as an exercise to the reader.

The present analysis used a much larger dataset of 81 very diverse variables than the previous study of the S factor in US states which used 25, yet the findings were almost identical (r = .961). This should probably be interpreted as being because the S factor can be very reliably measured when an appropriate number of and diversity of socioeconomic variables are used. It should be noted however that many of the variables between the datasets overlapped in content, e.g. expected life span at birth.

Data files and source code is available on OSF.

12. Kirkegaard EOW, Tranberg B. What is a good name? The S factor in Denmark at the name-level. The Winnower [Internet]. 2015 Jun 4 [cited 2015 Jun 6]; Available from: https://thewinnower.com/papers/what-is-a-good-name-the-s-factor-in-denmark-at-the-name-level

1 The factor analysis was done with the fa() function from the psych package (15). The cross-method check was done with a home-made function, see the supplementary material.