Brian Boutwell et al has a new preprint out:

The Experience of Discrimination in Contemporary America: Results from a Nationally Representative Sample of Adults

A large body of social science research is devoted to understanding the causes and correlates of discrimination. However, less effort has been aimed at providing a general prevalence estimate of discrimination using a nationally representative sample. The current study is intended to offer such an estimate using a large sample of American respondents (n = 14,793), while also exploring perceptions regarding why respondents felt they were discriminated against. The results provide a broad estimate of self-reported discrimination experiences—an event that, on average, was relatively rare in the sample—across racial and ethnic categories.

The method is so simple that it’s a little surprising no one else didn’t do a lot of these before:

So, they found this: 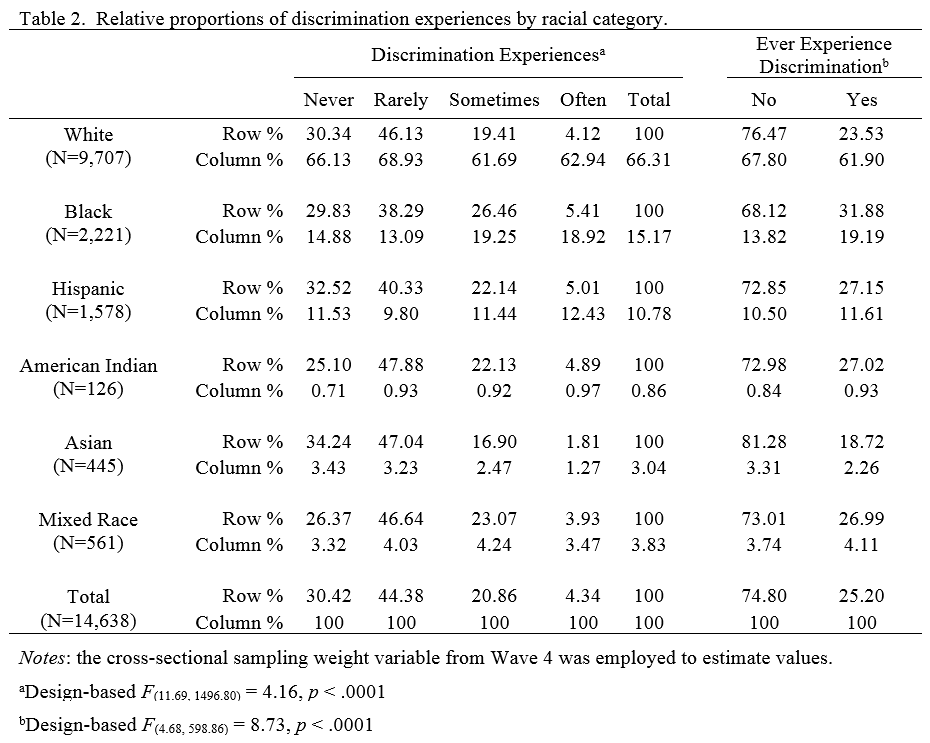 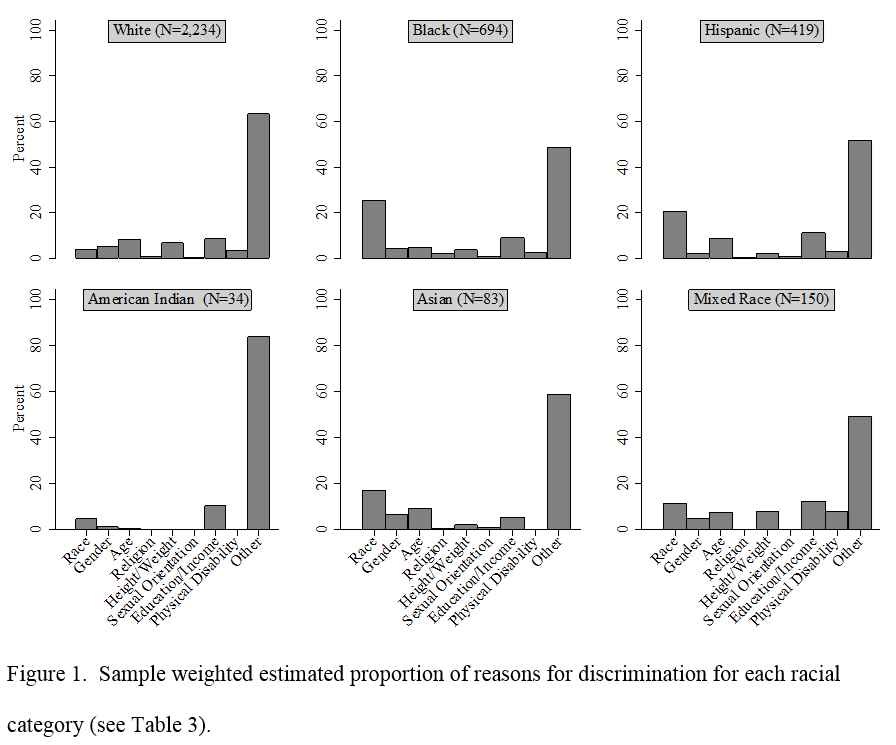 If we are to believe the left-wing media etc. we would think that discrimination based on sex and race and whatever are rampant, as part of the whole patriarchal structural racism White man privilege deal. Instead, what we find is that:

Something that’s not race, sex, age, religion, height/weight, sexual orientation, education/income, or a physical disability. What might the mystery reasons be? I can think of some contenders:

Brian tells me that they in fact looking into the last option for their next publication, so stay tuned.

I have a few complaints:

So that idea I had about using genetically informed dating sites…