I stumbled upon another calibration test: http://calibratedprobabilityassessment.org/

This one is almost entirely based on distances between US cities. I don’t even know where all the states are, so this involved a lot of guessing. But apparently, I’m quite a bit better at this than I thought: 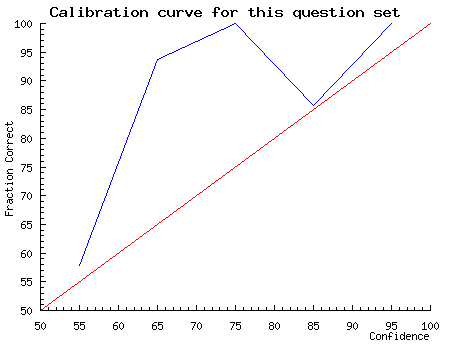 The test is not quite good for multiple reasons:

In general, it appears I’m underconfident.

Too many women in the wrong places: Norwegian navy edition