A traditional approach to studying altruism has been to do some kind of economic game. E.g. seeing how nice people are in ultimatum games. One such study:

They tend to produce suspicious rankings: 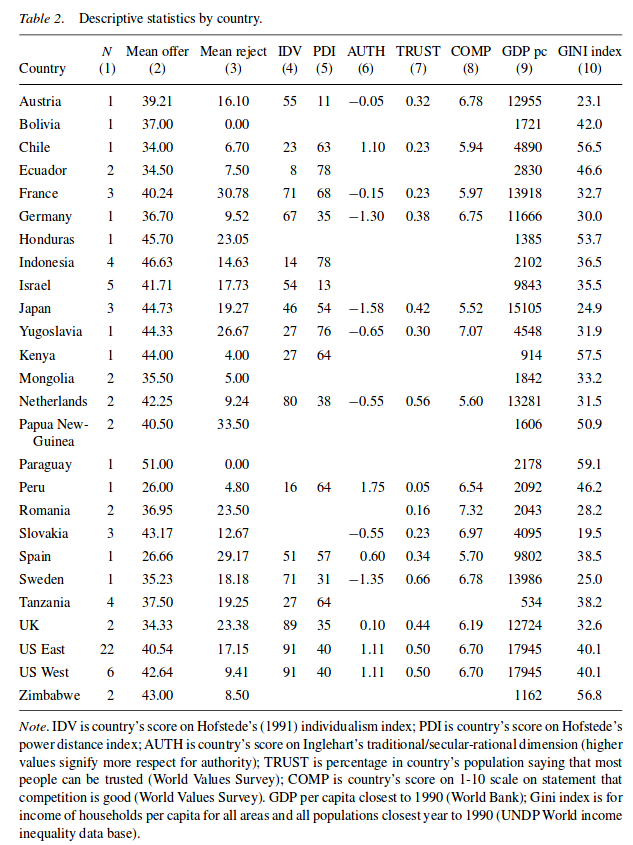 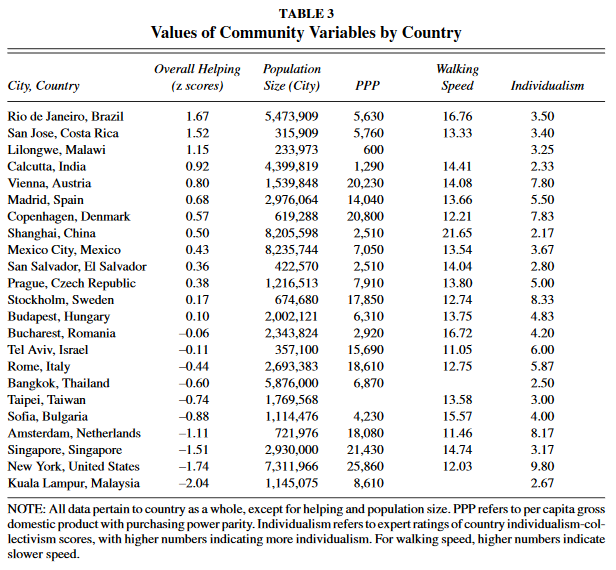 Perhaps owning to terrible sampling, in terms of size and representativeness.

Surely, we can do better. How about proportion of GDP/GNI donated to foreign aid? 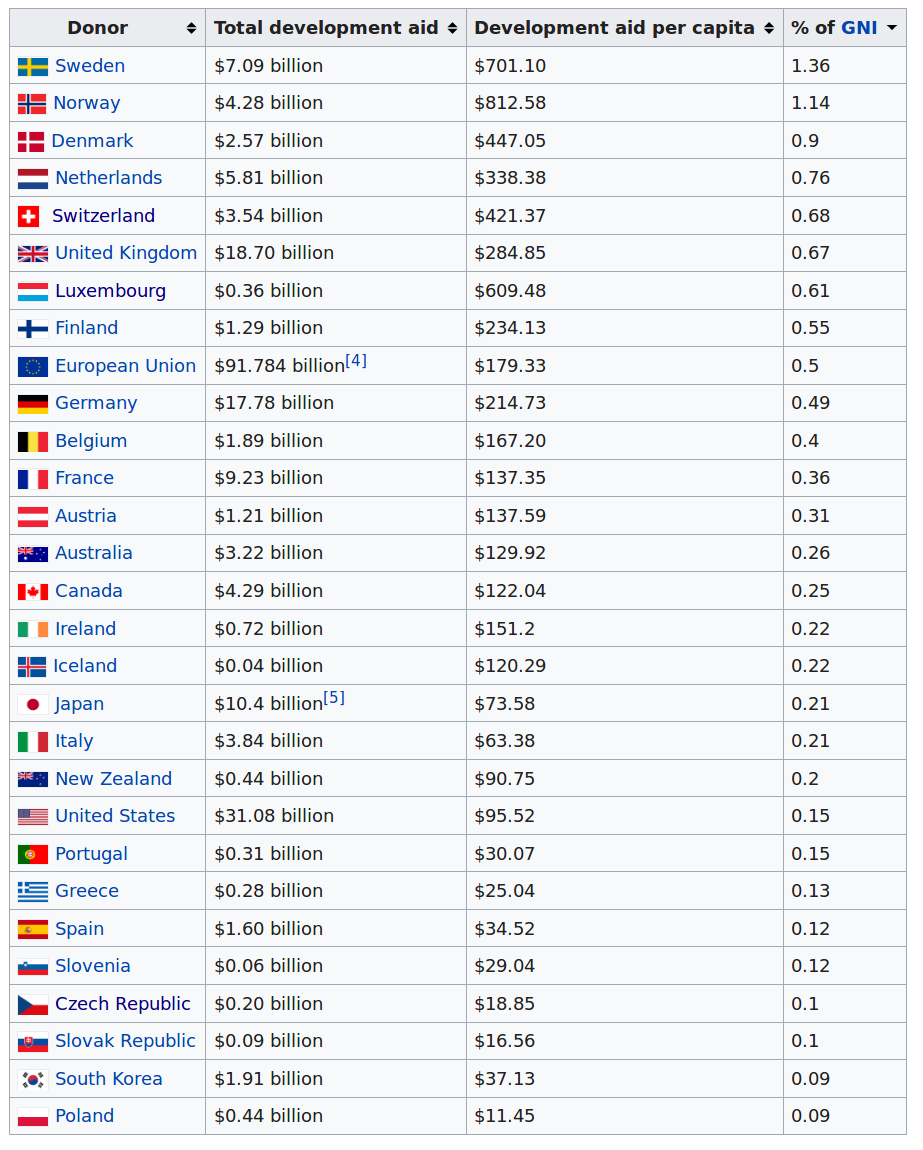 One probably wants to regress out country GDP from this, but this overcorrects to some degree because part of the reason why the altruistic ones donate so much is that they are also nicer to each other and this promotes country performance. 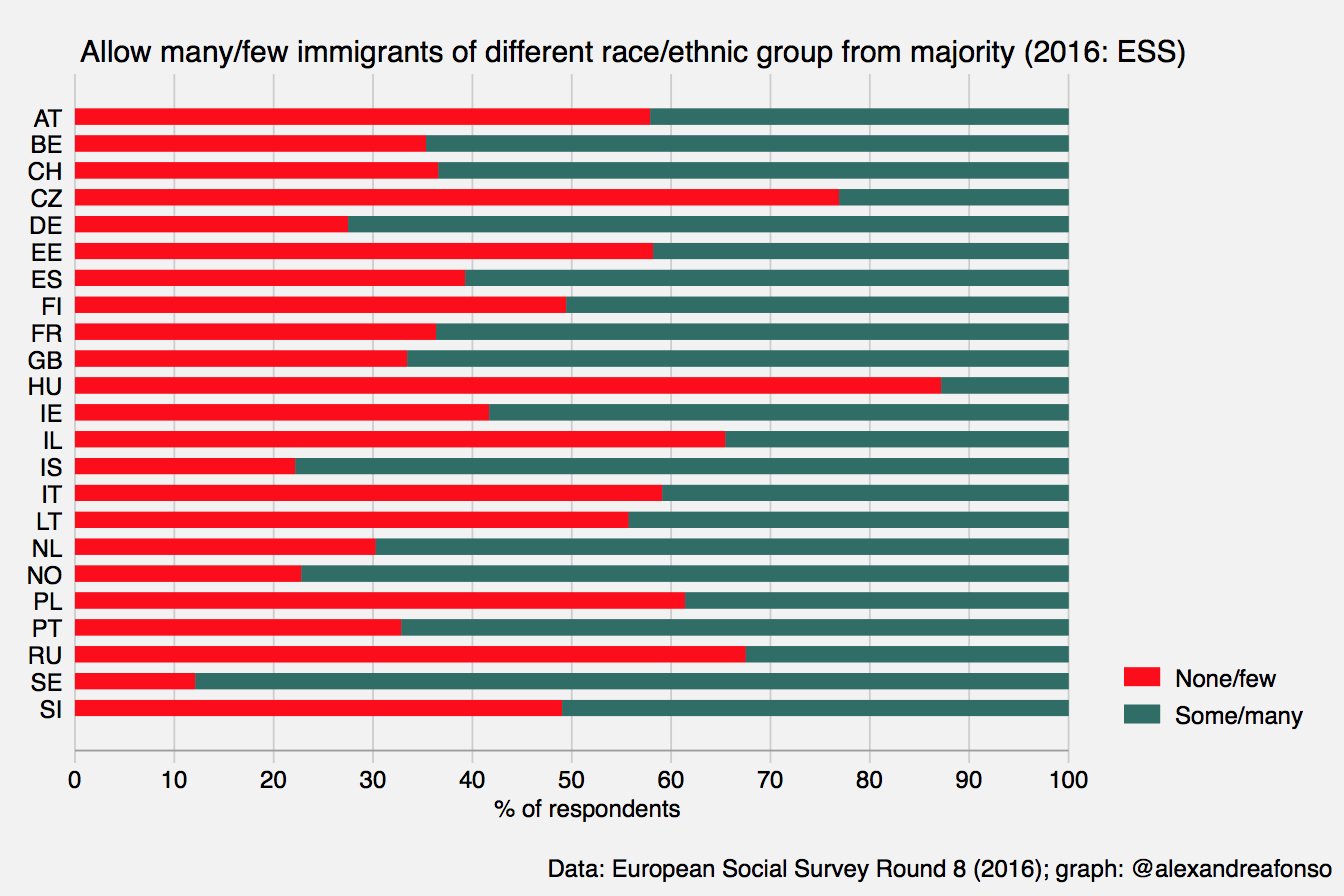 I also suggested that one could measure pro-social behavior on online helping sites like StackExchange. Thousands of people take their time to answer others’ questions (contributors/altruists), but most people only read answers already given (leeches/lurkers). So one could take users per capita and regression out traffic per capita. One could also analyze the top users which more directly measures the , á la the method in my top mental sports players study.

Top 8% so far. Long way to the top! I wonder whether one can use relative contributions rate on SE relative to visit rate as a measure of pro-social attitudes across countries? https://t.co/1yjKFvtRFb pic.twitter.com/cd9JnoGSY2

(True to my people, my altruism score is high according to this metric.)

I predict such derived metrics would correlate highly with the above two altruism metrics, at least > 0.50.

A conversation about pseudoscience, psychoanalysis, clarity of language