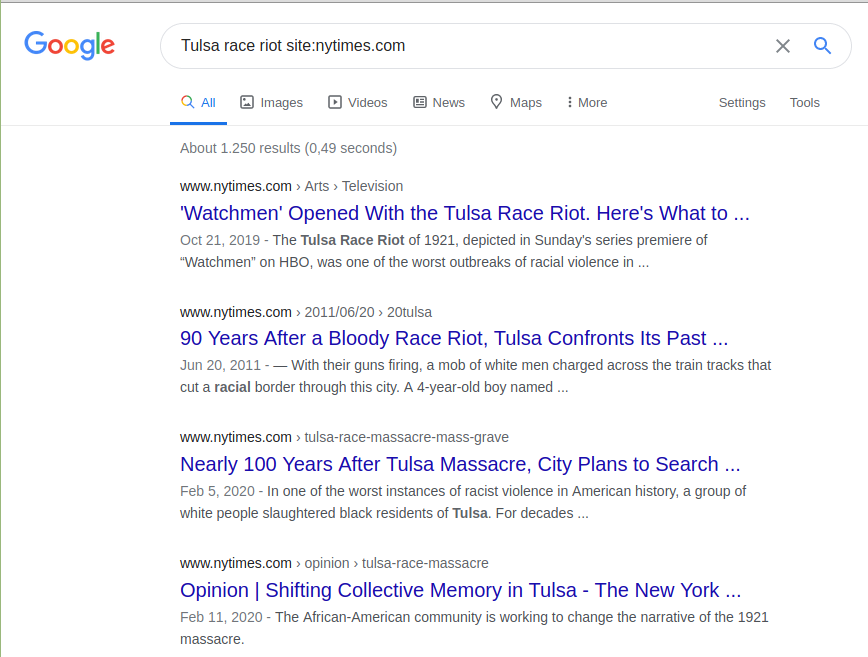 So you’ve seen the pictures of the infamous Tulsa race riot. Wikipedia even has renamed it to “Tulsa race massacre”. New York Times has no less than 1250 hits for this event.

Given the enormous exposure, we must expect to be like, super important in terms of scale. But there are apparently pesky facts:

Adjusted for inflation, property damage in the 1921 Tulsa riot was $20M.

Now, in a single day of black riots: pic.twitter.com/hlJbJoiWL8

Which is not a lot. As pointed out, a single housing project that was burned cost 30M $. OK, but does the number check out? I checked the source:

which is an authoritative government sponsored report. The damage estimates: 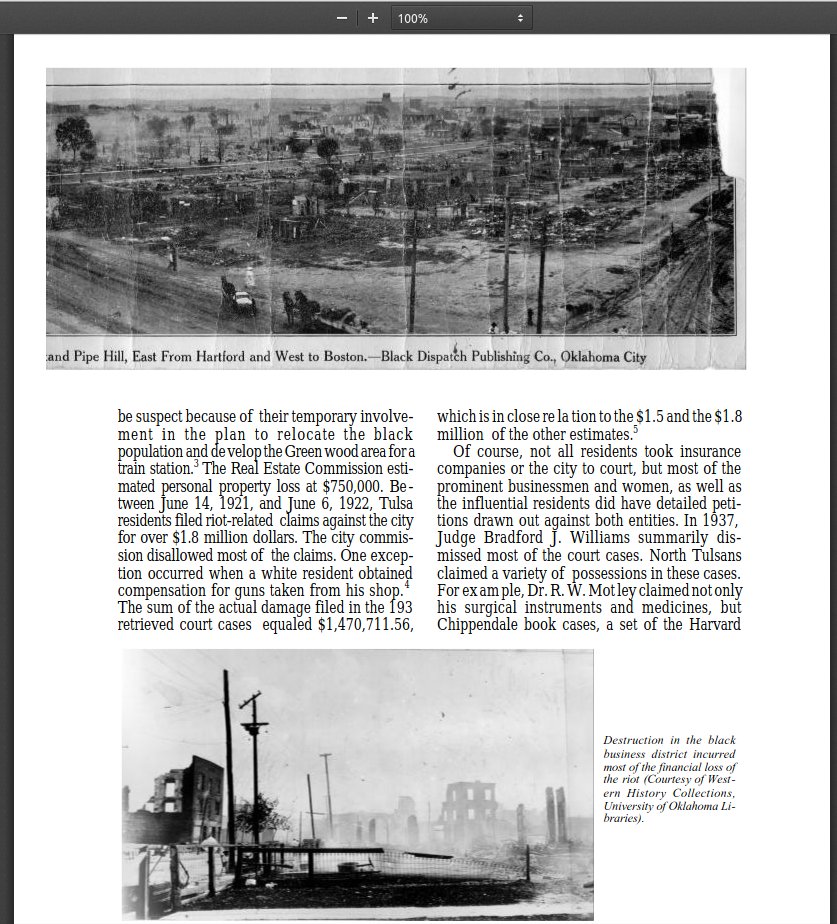 So, depending on method used, it’s somewhere between 1.5 and 1.8M in filed damages, which can be exaggerated (gibs more money). So let’s use 1.6M as a good estimate, this gives us in 2020 dollars:

So a measly 23M dollars. It might be 25M or 20M, depending on the numbers used, but in that ball park.

So, of course, we know that the woke historians love this: it’s a man bites dog, race bait story.