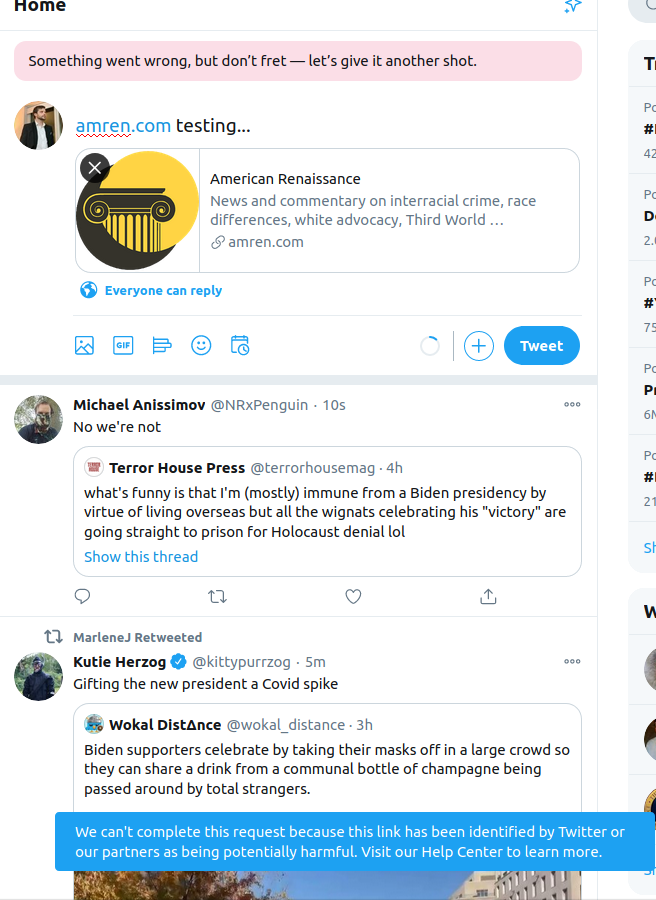 Twitter has generally been somewhat less censorious than other platforms, my impression. However, perhaps emboldened by the Victory of 2020, they apparently have implemented a domain block for amren.com. It blocks both public and private links. That makes it functionally the same as Facebook’s blacklist for the same domain.

This is a step up from their previous greyfilter of generating various fake warnings:

So far, the related domains unz.com and vdare.com are not blocked for now: 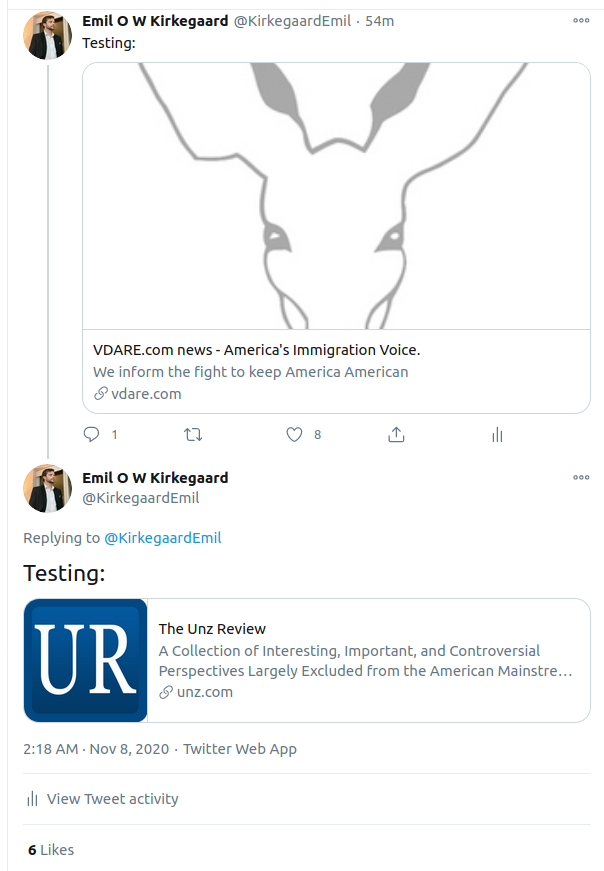 However, we can forecast these probably will be banned before 2022 as well. I give it 90% at least one of them gets same treatment.