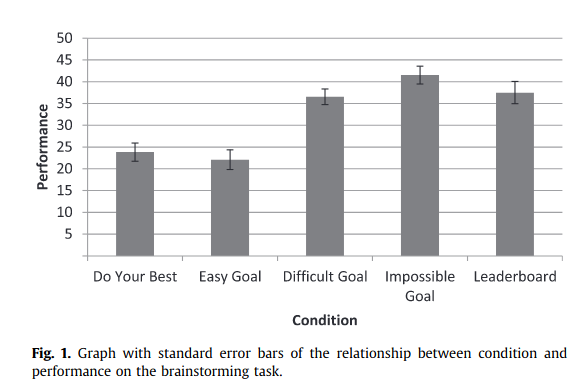 Recently I read some studies in human resource management that goal setting is good for getting shit done. E.g.:

The authors summarize 35 years of empirical research on goal-setting theory. They describe the core findings of the theory, the mechanisms by which goals operate, moderators of goal effects, the relation of goals and satisfaction, and the role of goals as mediators of incentives. The external validity and practical significance of goal-setting theory are explained, and new directions in goal-setting research are discussed. The relationships of goal setting to other theories are described as are the theory’s limitations.

These old reviews are not terribly convincing given the replication crisis. But there’s this kind of study:

The use of leaderboards is a common approach to the gamification of employee performance, but little is known about the specific mechanisms and mediating processes by which leaderboards actually affect employee behavior. Given the lack of research in this domain, this study proposes goal-setting theory, one of the most well-established motivational theories in psychology, as a framework by which to understand these effects. In this study, a classic brainstorming task is gamified with a leaderboard in order to explore this. Participants were randomly assigned to four classic levels of goal-setting (do-your-best, easy, difficult and impossible goals) plus a leaderboard populated with initials and scores representing identical goal-setting conditions. The presence of a leaderboard was successful in motivating participants to performance levels similar to that of difficult and impossible goal-setting, suggesting participants implicitly set goals at or near the top of the leaderboard without any prompting to do so. Goal commitment, a common individual difference moderator in goal-setting theory, was also assessed and behaved similarly in the presence of the leaderboard as when traditional goals were provided. From these results, we conclude that goal-setting theory is valuable to understand the success of leaderboards, and we recommend further exploration of existing psychological theories, including goal-setting, to better explain the effects of gamification.

So let’s grant goal setting works. What goals can I set for myself?

First, I do reading goals every year on GoodReads. So far this year, 2020: 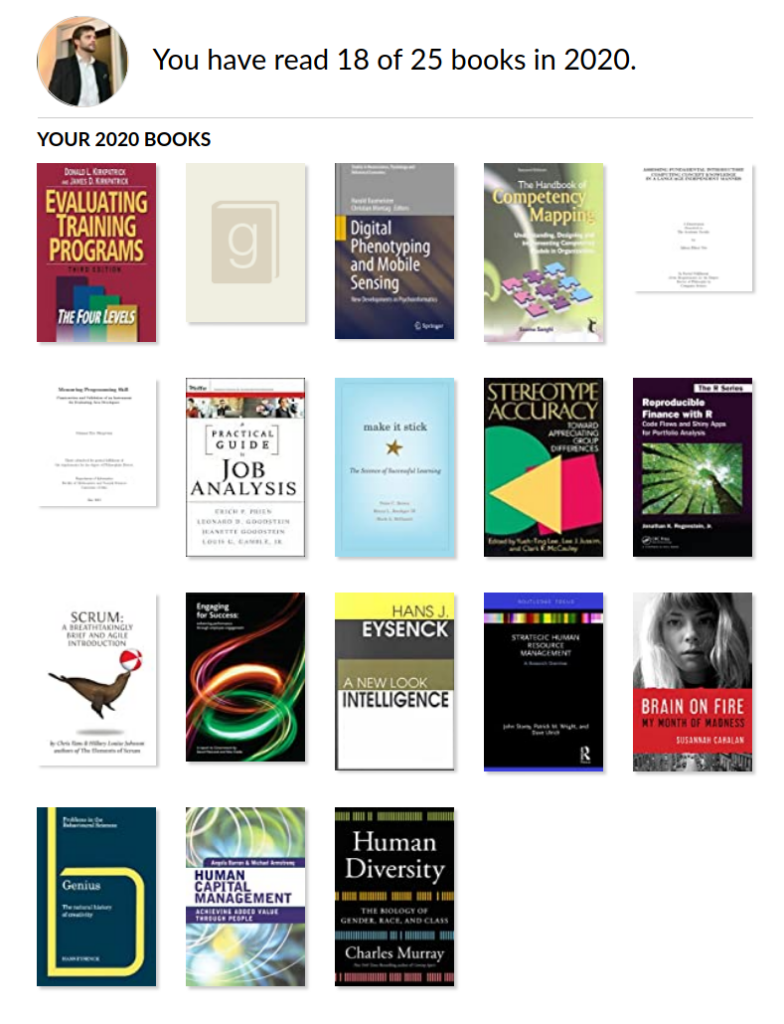 So, the goal was way too easy. I set it fairly low because I barely got through last year, mainly due to having a lot of coding to do I think.

I guess one way to get more exposure here is to get Ron Unz to sync my blog content to his site. That would also give me a comment section without having to deal with spammers.

These include anything fairly serious. I am excluding work related writings unless made public. By my count in my beta website, I have published 99 formal publications of some sort. I include 2 preprints here I expect to publish maybe for reals in the near future. However I did not include a few older preprints that I don’t think will go further in their current state. Looks like this: 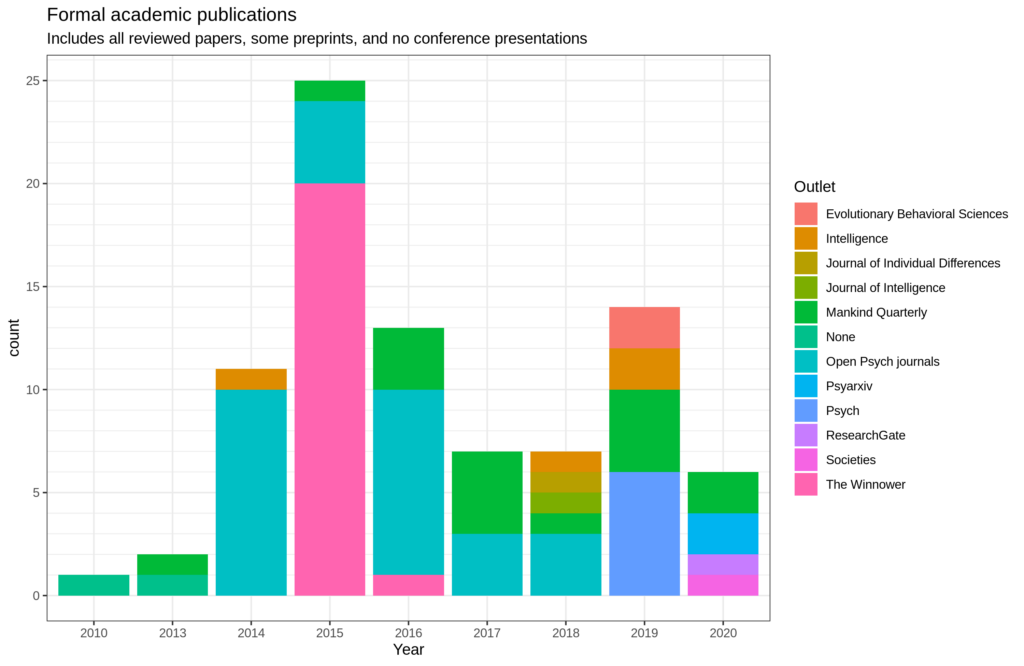 For those wondering, in 2015, I was much more optimistic about the speed at which scientific publishing would move towards preprints (see e.g. 2014’s Costs and benefits of publishing in legacy journals vs. new journals). I went heavy into an early model, Winnower. This service is still up, but mostly it is redundant now with the various *rxiv sites (psyarxiv, biorxiv, OSF preprints, socarxiv, etc.), which have better interfaces and free DOIs (without finalizing the document). Neither I nor anyone else ja published in OpenPsych in a while. Not because it’s dead as such, just that it needs some coding work done and I haven’t had the time! Hopefully, with my new job, I will pay some guy to finish it up. The plan is to convert the forum software to Django and have it be properly integrated with the main site. It’s about 70% done, I would say.

I run a half-way popular Twitter these days. There’s no knowing when the Woke police decides to shut it down but for now, seems I am OK. I haven’t received any violations in recent times that I can recall. Quick search didn’t find any tool providing follower data back in time. We can however rely on archived versions of the profile insofar as they exist. Here’s the first archived one from 2014, fairly embarrassing (overly pompous) by today’s standards. Back then I had another idea about self-presentation which was to keep it as accurate as possible even if it sounded bad or narcissistic. I manually compiled the follower counts from the first available date in the year. Then I fit two simple predictive models to forecast the value by 2021-01-01. Looks like this: 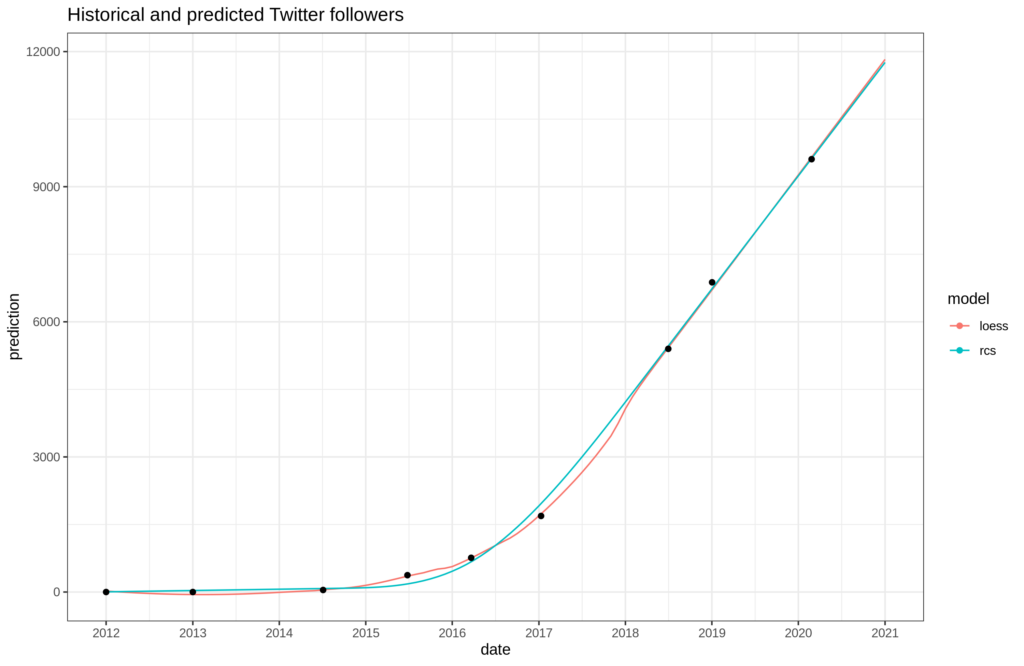 Alright, so looks like the expectation here is about 11.8k, call it 12k for good measure.

Late in 2019, I started getting more serious about doing videos, naturally on Youtube. I don’t intend to get money from Youtube since they will demonetize me for certain. Instead, I try to get money from single donations from private contacts, as well as a regular stream of donations to Subscribestar and our research nonprofit organization. So far, it has been reasonably successful I think. Going back on topic, I don’t see an easy way to get subscriber count history either, but this site offers some data back to June 2019. I had about 200 followers to begin with from minor posting of previous videos from the London Conference on Intelligence. 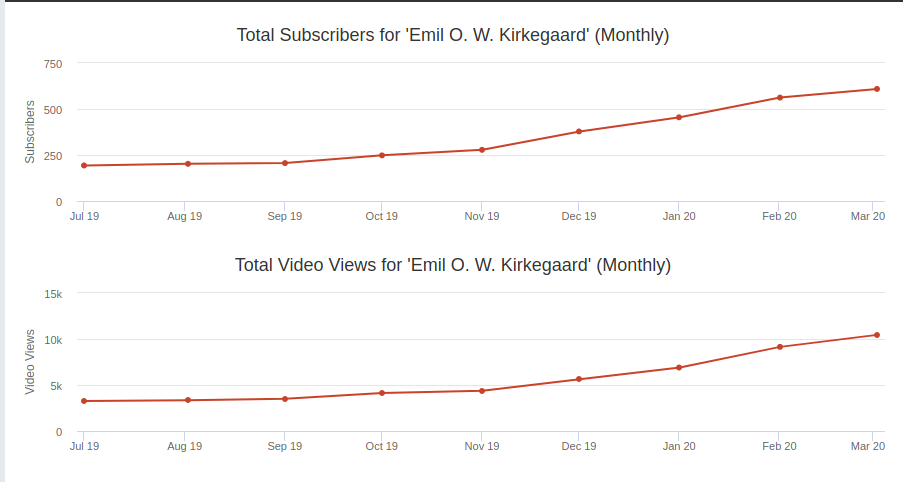 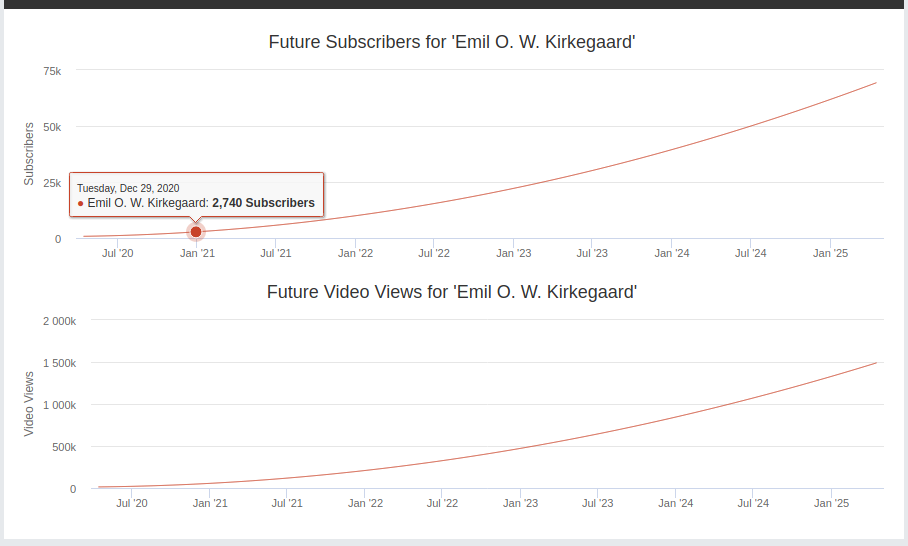 Looks like it expects about 2.7k, so let’s aim for 3k by start of 2021. I do plan to be more active with this. Presumably, if I go on some big show, I can get a few thousand subs transferred. I did go on Ed Dutton’s show once (that video is currently deleted/private) and years ago, on Thinking Ape’s channel, but I could repeat that with various other people.

I don’t keep track of the website traffic generally speaking. However, my webhost offers some limited statistics in plot format. 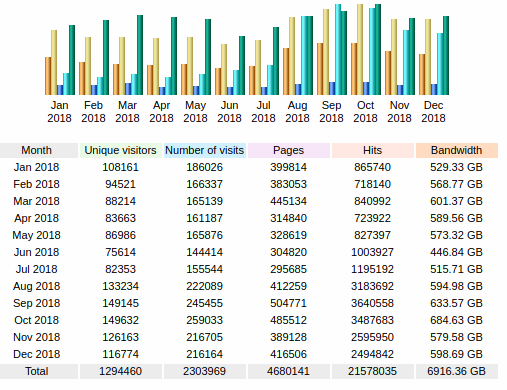 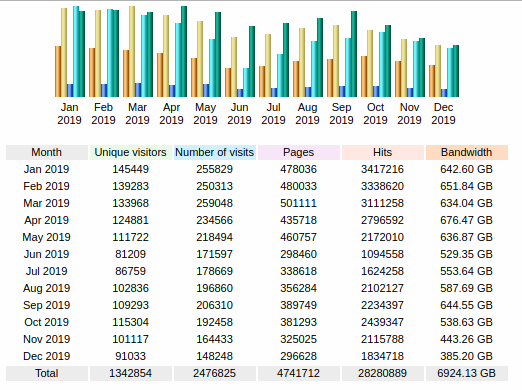 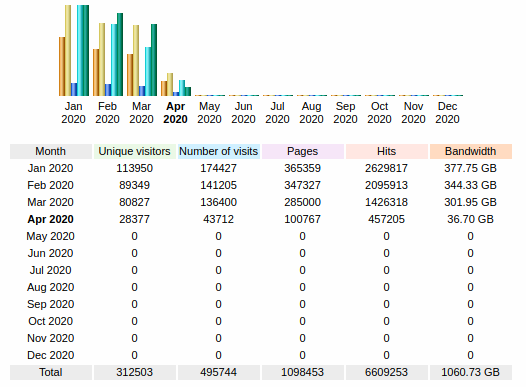 Seems to be declining lately. This is probably because I had to take the site down a bit due to hack attacks. It’s currently clean, I think. These attacks are also why you can’t share the page on Facebook. It’s NOT due to Facebook censoring it covertly for political reasons. 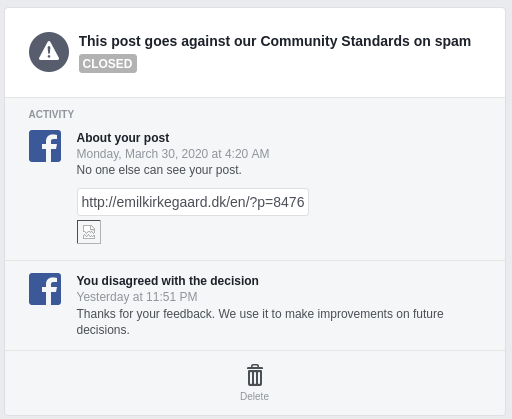 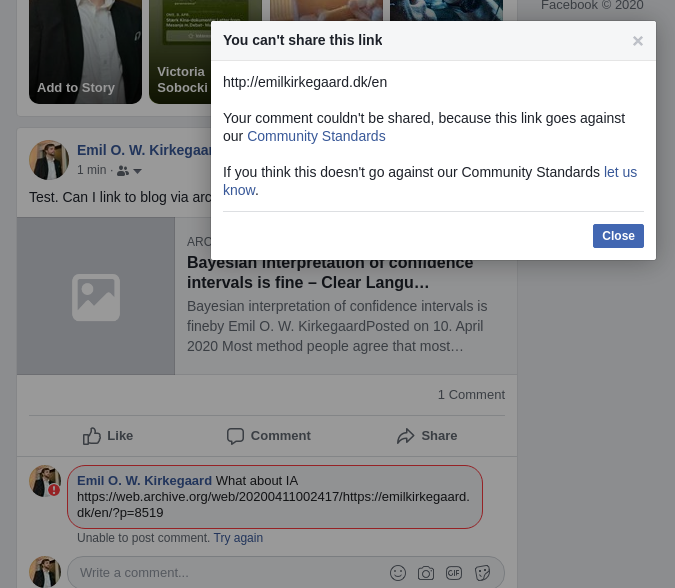