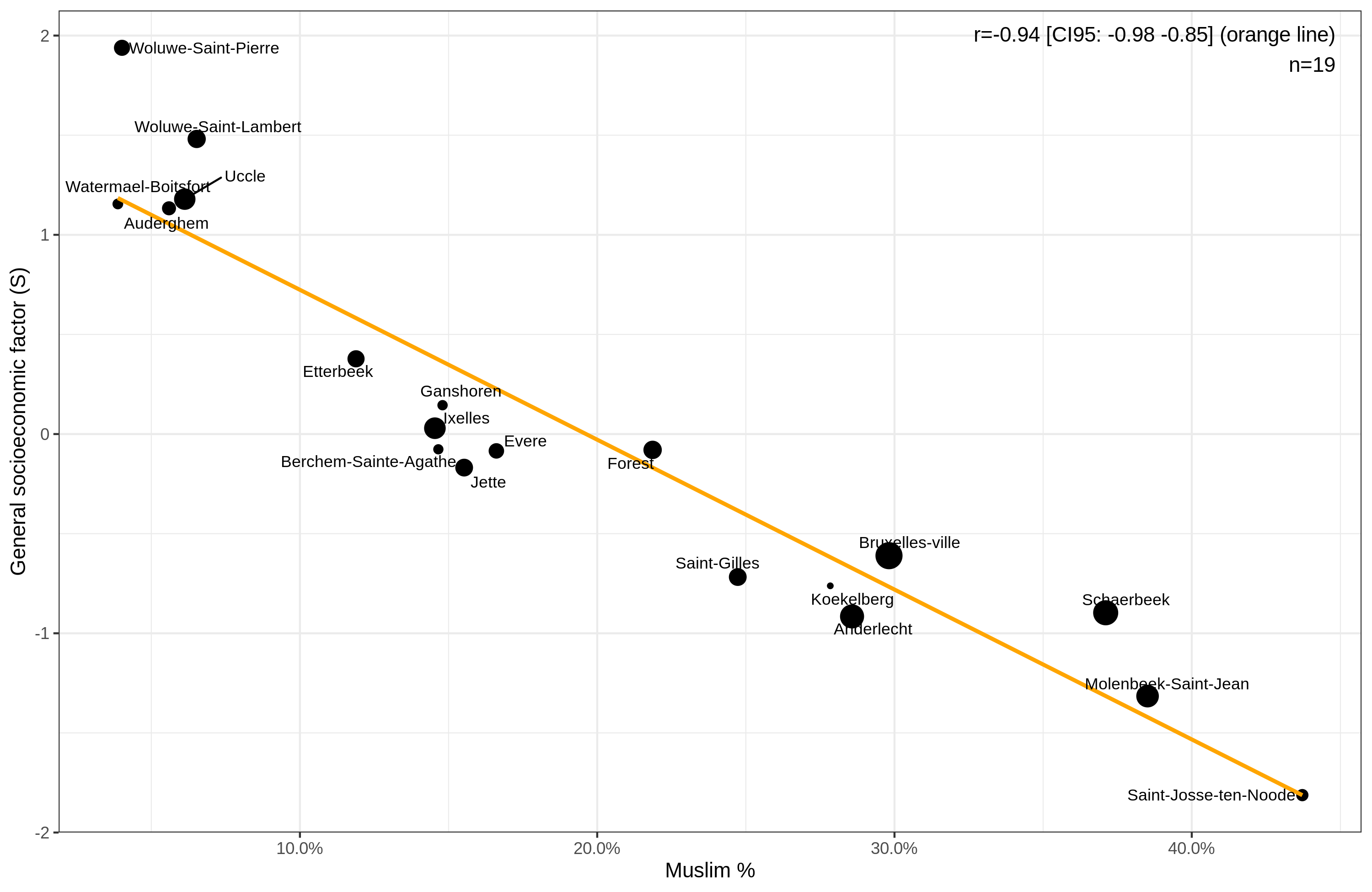 We examined regional inequality in Belgium, both in the 19 communes of Brussels and in the country as a whole (n = 589 communes). We find very strong relationships between Muslim% of the population and a variety of social outcomes such as crime rate, educational attainment, and median income. For the 19 communes of Brussels, we find a correlation of -.94 between Muslim% and a general factor of socioeconomic variables (S factor) based on 22 diverse indicators. The slope for this relationship is -7.52, meaning that a change in S going from 0% to 100% Muslim corresponds to a worsening of overall social well-being by 7.52 (commune-level) standard deviations. For the entire country, we have data for 8 measures of social inequality. Analysis of the indicators shows an S factor which is very similar to the one from the Brussels data only based on the full set of indicators (r’s = .98). In the full dataset, the correlation between S and Muslim% is -.52, with a slope of -8.05. Adding covariates for age, population density, and spatial autocorrelation changes this slope to -8.77. Thus, the expected change going from a 0% to 100% Muslim population is -8.77 standard deviations in general social well-being. We discuss our findings in relation to other research on immigration and social inequality, with a focus on the causal influence of intelligence on life outcomes in general. 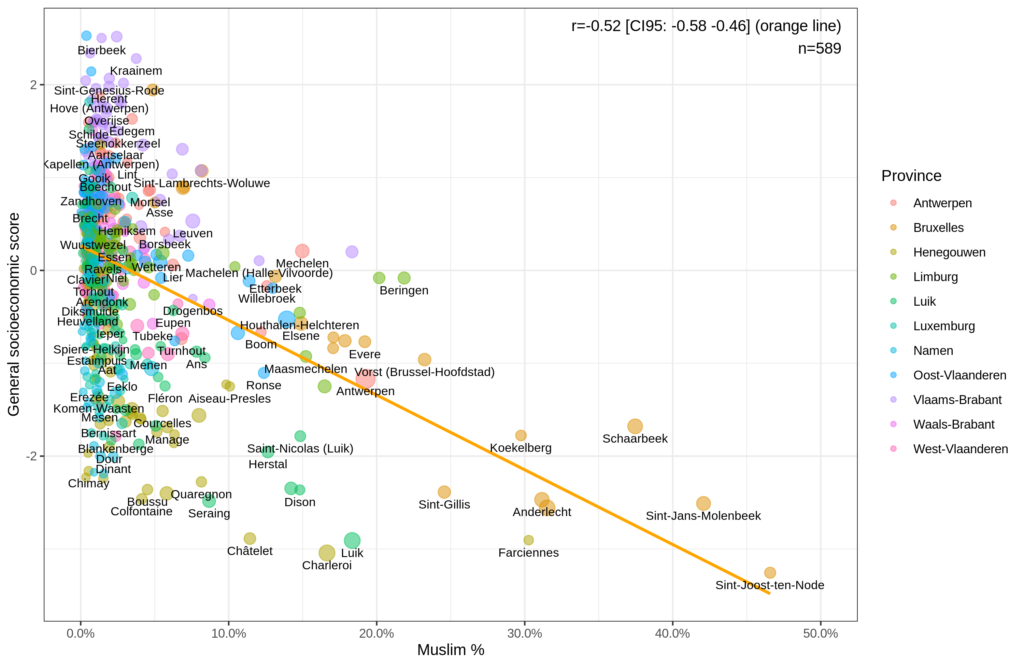 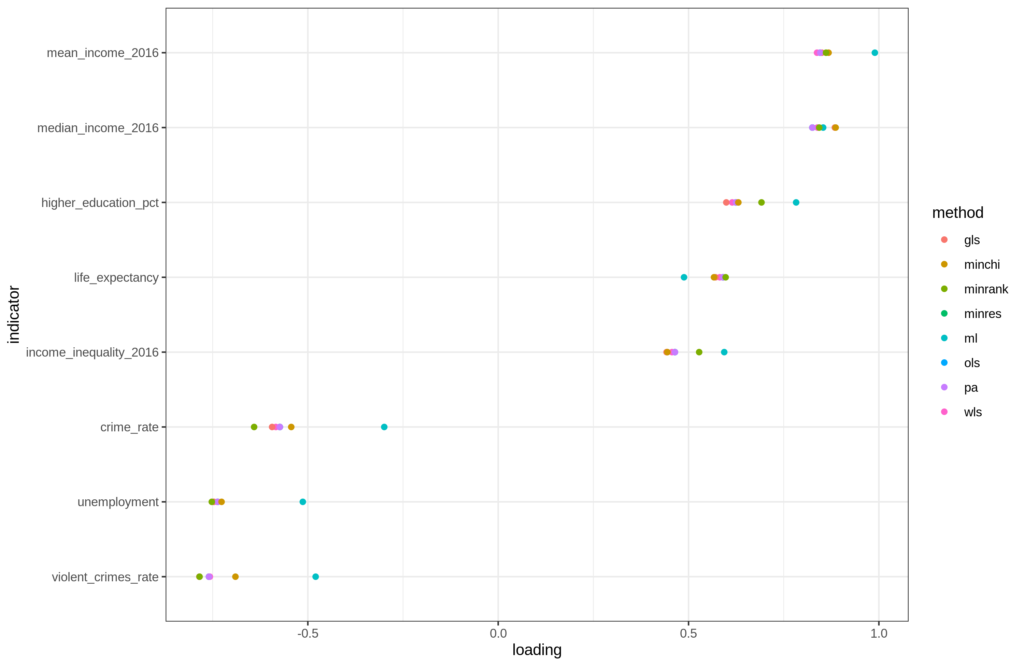 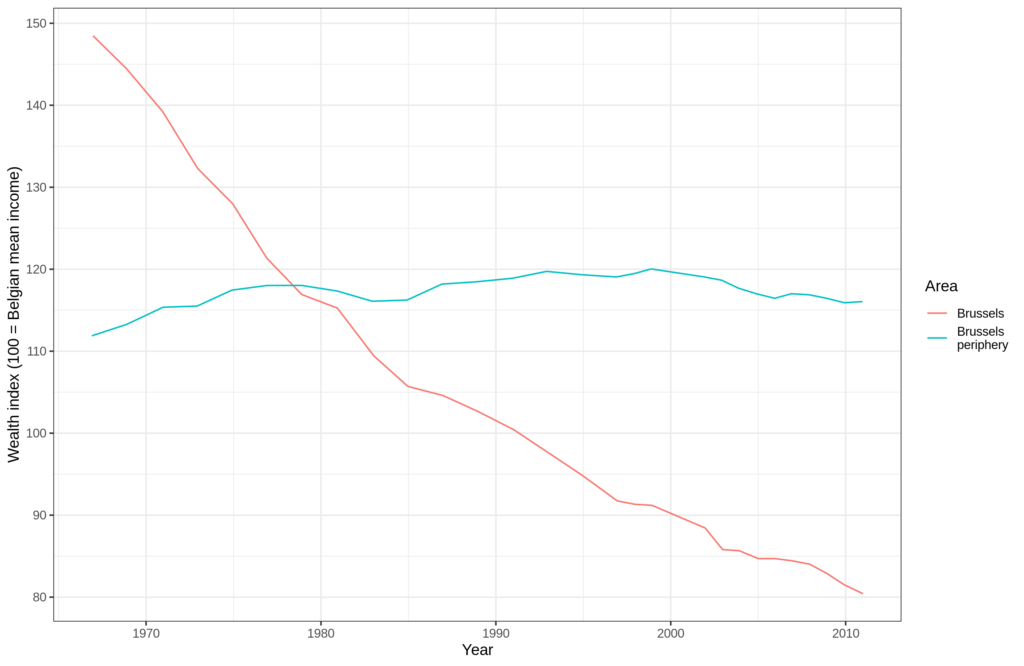 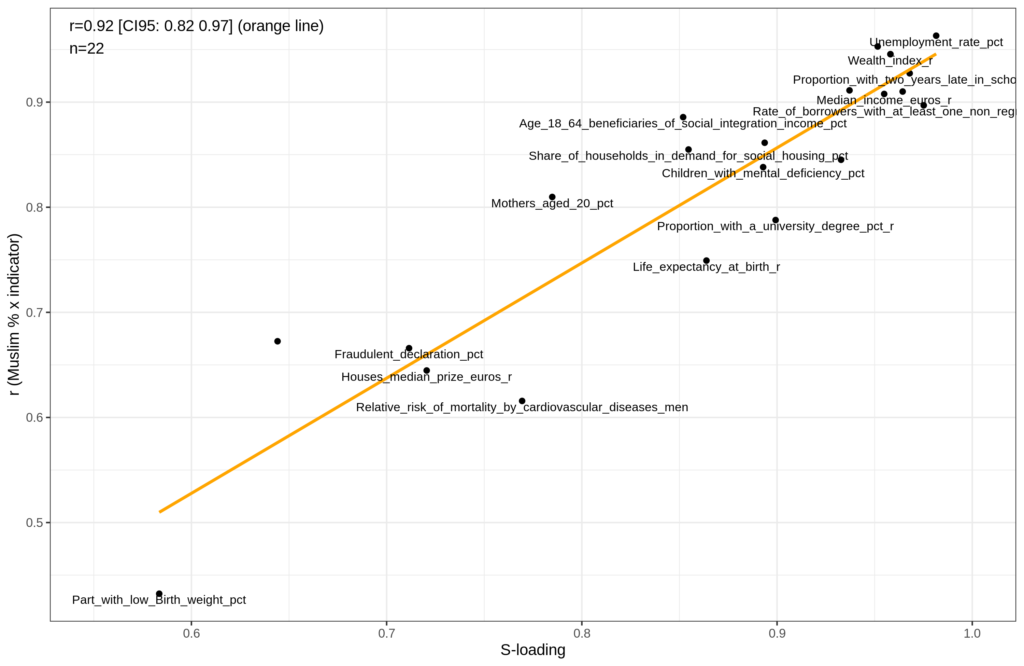 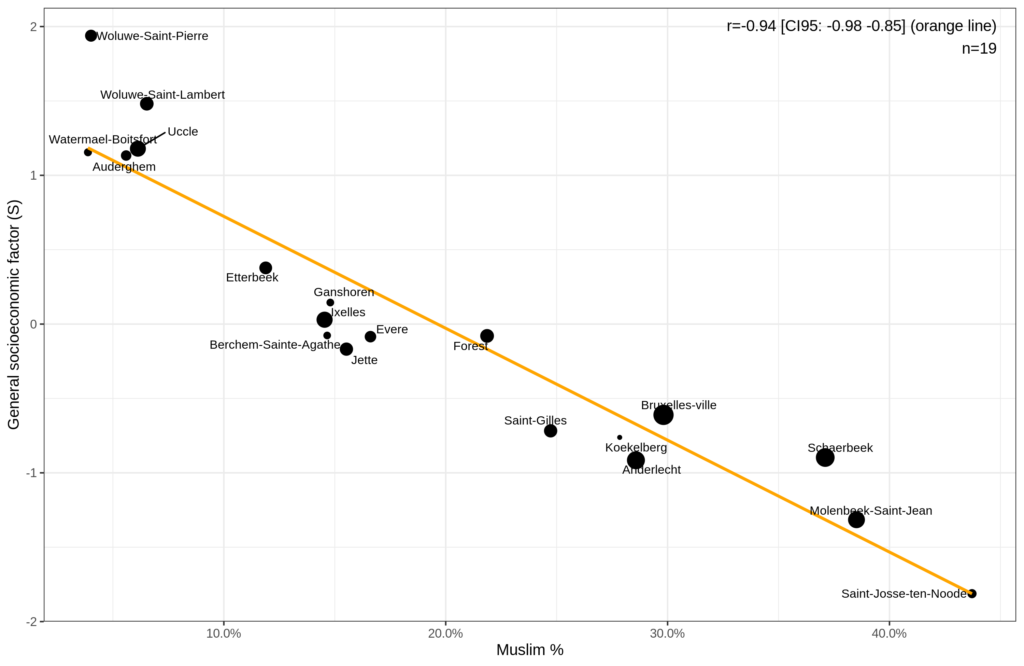 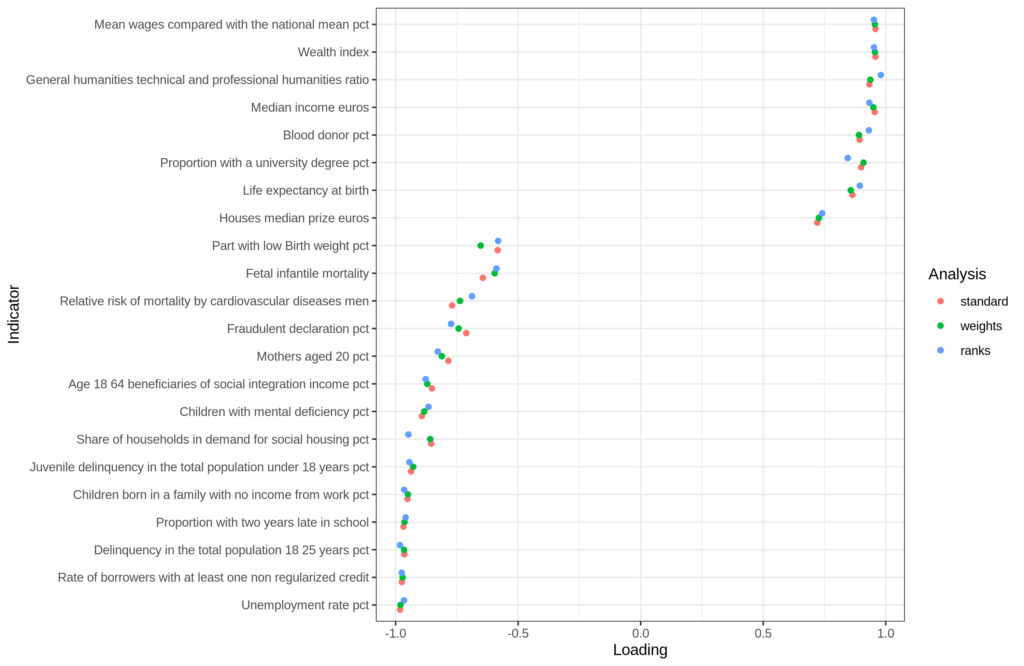 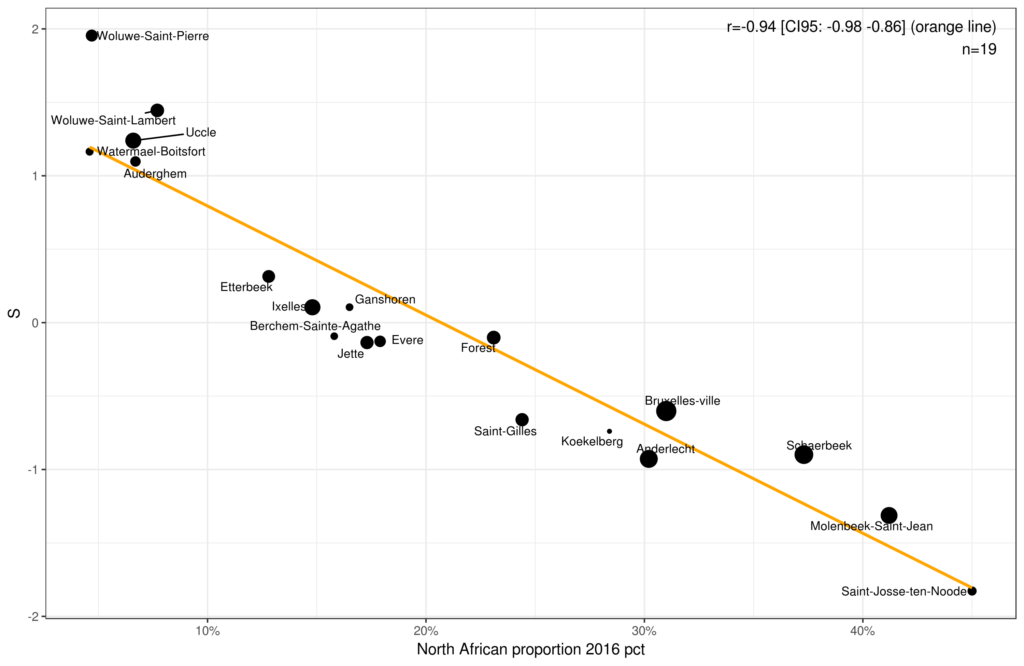 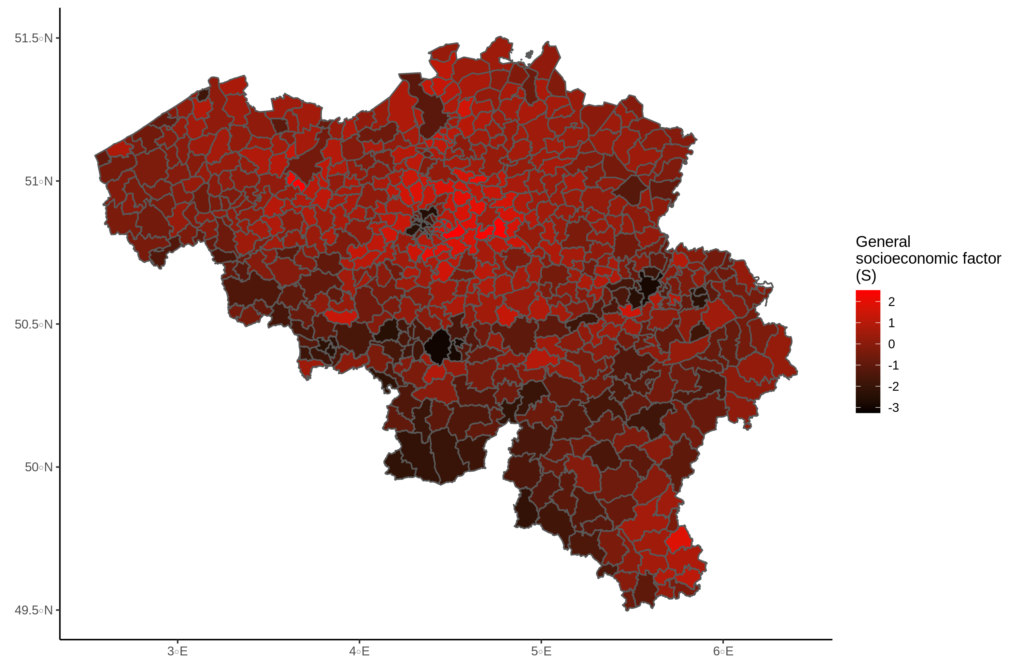 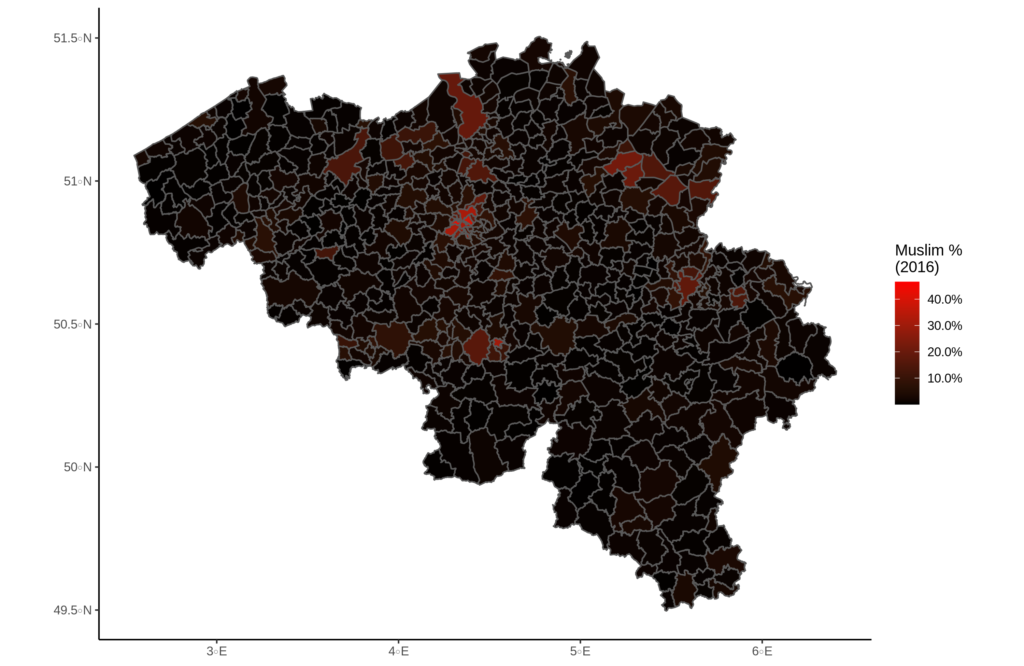 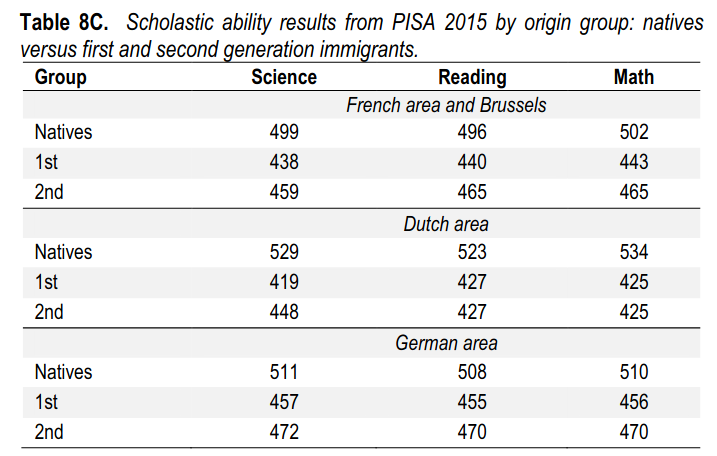 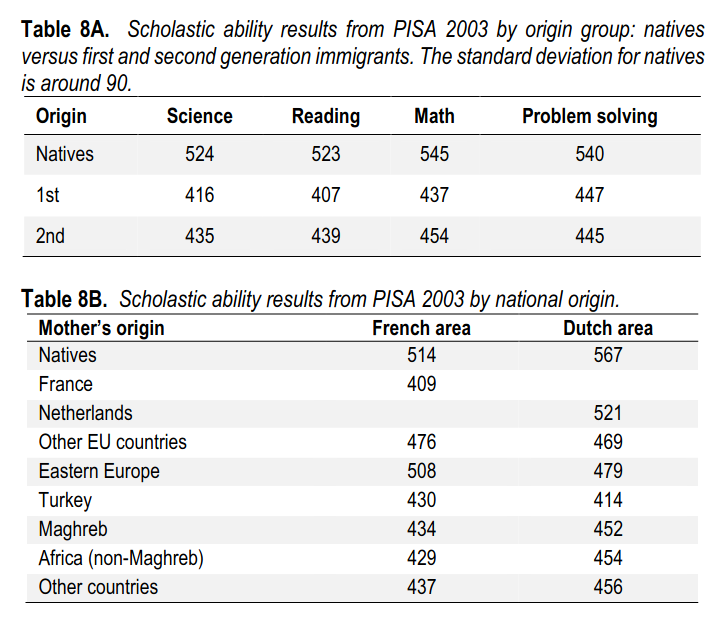 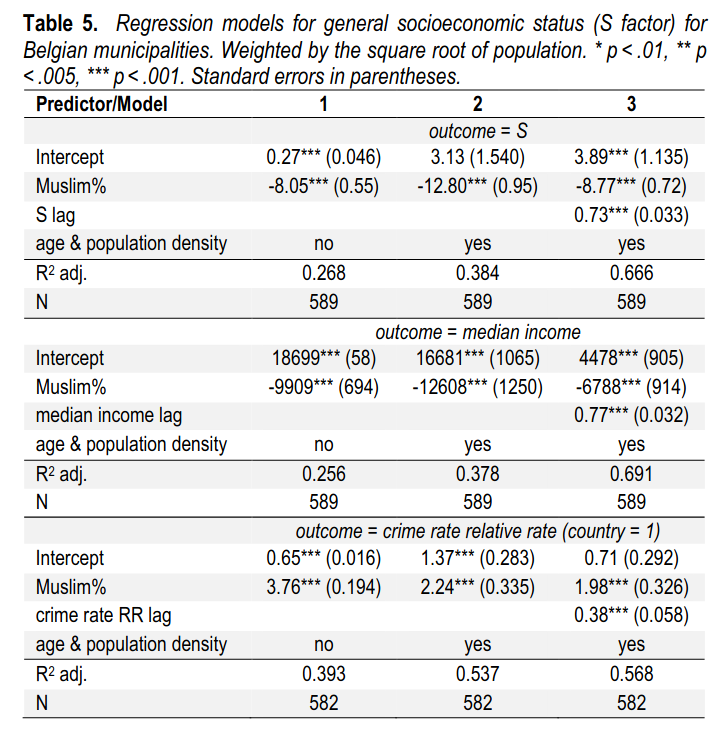 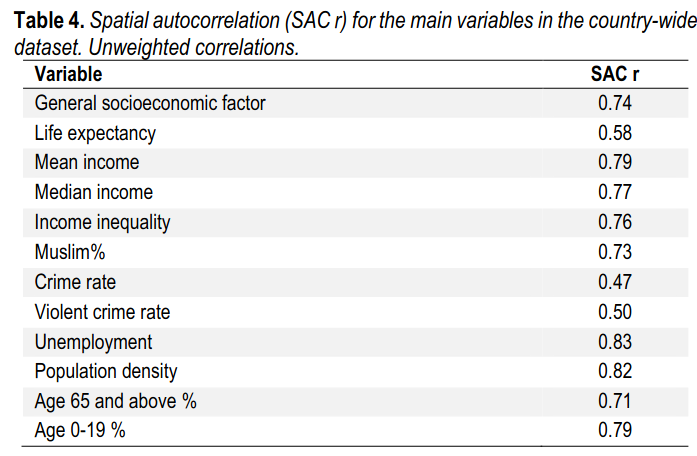 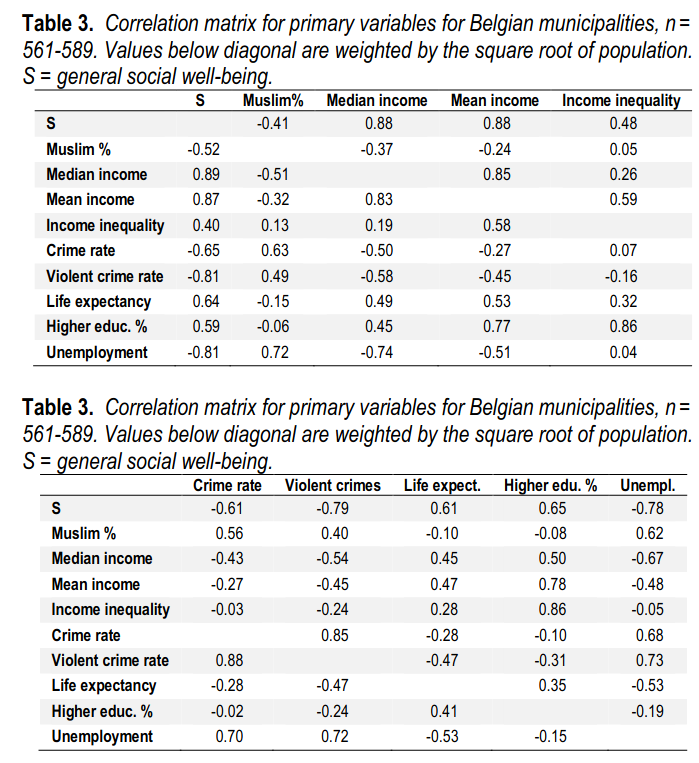 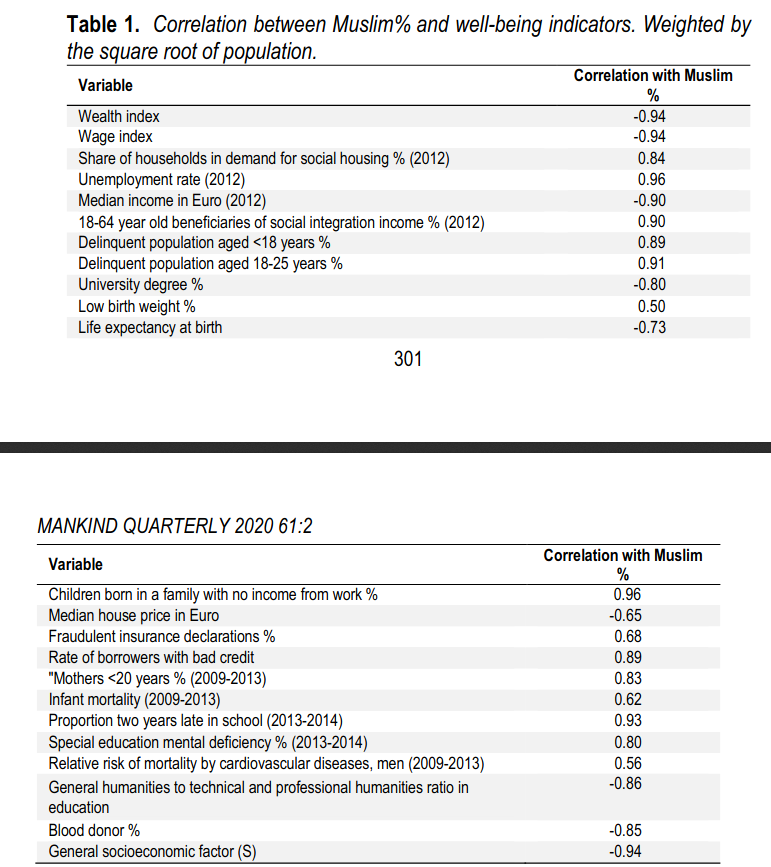