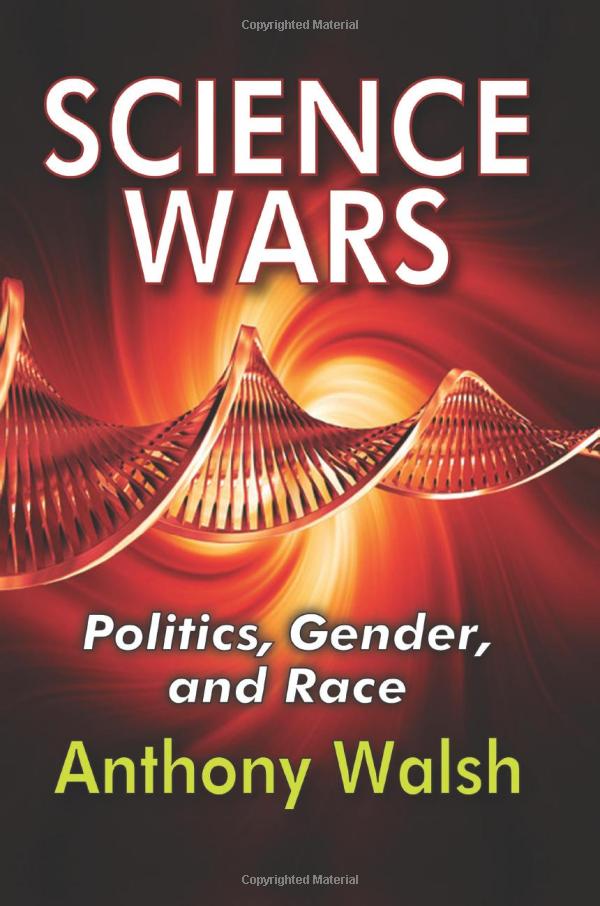 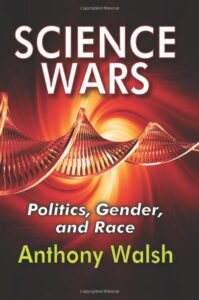 This is a short book summarizing human biodiversity stuff. Since it’s from 2013, it doesn’t cover the latest tranny-mania, but otherwise it covers a lot of ground. Acknowledgements sets the tone for the book:

I would also like to acknowledge the kind words and suggestions of those who reviewed this project. I have endeavored to respond to those suggestions and believe I have adequately done so. Any errors or misinformation that may lurk somewhere in these pages, however, are entirely my responsibility. Last but not least, I would like to acknowledge the love and support of my most wonderful and drop-dead gorgeous wife, Grace Jean, a.k.a. “Grace the Face.” Grace’s love and support have sustained me for so long that I cannot imagine life without her; she is my second sun, bringing me a world of warmth, light, love, and comfort.

Some interesting quotes from Margaret Mead, retracting on her prior extreme positions:

The mature Margaret Mead came to acknowledge the biasing framework supporting her “temperaments” (she seemed to have had gender in mind before the term was invented with her use of the term temperament). In her later work Male and Female (1949) she wrote, “If any human society—large or small, simple or complex, based on the most rudimentary hunting and fishing, or on the whole elaborate interchange of manufactured products is to survive, it must have a pattern of social life that comes to terms with the differences between the sexes” (1949:173). She traced these differences to “sex differentiated reproductive strategies” (1949:160). As for her youthful claims about the Tchambuli, she later remarked, “All the claims so glibly made about societies ruled by women are nonsense. We have no reason to believe that they ever existed. . . . men everywhere have been in charge of running the show” (in Goldberg 1986:31). Such statements tend to raise hackles among constructionist feminists regardless from whose pen they come, but it marks the mature Mead as a scientist who followed the data wherever they led her, despite her earlier claims to the contrary.

And what about those Kibbutzim (Israeli communes) experiments:

Melford Spiro’s (1975, 1980) studies of Israel’s kibbutzim were perhaps the most devastating blows to the gender-as-social-construct argument to come from the social sciences. The kibbutzim movement provides us with a natural experiment that could never be artificially duplicated by scientists. Begun in 1910 and heavily influenced by the Marxism of Russian immigrants, one of the purposes of the communal movement was to strip its members of all vestiges of bourgeois culture and to abolish sex-segregated social roles. Boys and girls were raised collectively, taught the same lessons, given equal responsibilities, and shared the same toys, games, living quarters, toilets, dressing rooms, and showers. This sex-neutral socialization was supposed to result in androgynous beings devoid of observable differences in nurturance, role preferences, empathy, aggression, or any other trait or behavior said to be sex linked.

In commencing his studies, Spiro thought that he was setting out to discover and document the changes in human nature brought about by the movement because he was a social constructionist about human nature. What he actually found forced on him what he describes as “a kind of Copernican revolution on my own thinking” (1980:106). “As a cultural determinist,” he wrote, “my aim in studying personality development in 1951 was to observe the influence of culture on human nature or, more accurately, to discover how a new culture produces a new human nature. In 1975 I found (against my own intentions) that I was observing the influence of human nature on culture” (1980:106).

Spiro found a counterrevolutionary feminization of the sabra (kibbutzim born and reared) women. Despite decades of sex-neutral socialization and the exhortations of their ideologically committed fore mothers, sabra women fought for formal marriage vows, greater contact with their children, and for separate toilets, showers, and living arrangements prior to marriage. In an earlier work, Spiro (1975) found that the activities and fantasy lives of young children varied significantly between the sexes despite strenuous efforts to eliminate them. Summarizing his data, Spiro wrote, “sexually appropriate role modeling is a function of precultural differences between the sexes” (1980:107). Precultural, of course, means an innate human nature.

In common with Margaret Mead, Spiro was eventually dragged by his data to embrace biosocial explanations for gender differences, as well as a universal human nature. In his presidential address to the Society for Psychological Anthropology (1999), Spiro detailed his intellectual journey from what he called “strong cultural determinism” and “strong cultural relativism” to a more nuanced bio-psycho-social view of human behavior. In his own words (1999:10),

Having become increasingly disenchanted with, and bored by, the conceptual poverty of ethnographic particularism, and its mantra-like invocation of cultural determinism (now “cultural constructionism”) to explain virtually everything—and hence nothing—the work of this group [the Society for Psychological Anthropology] opened my eyes to new and exciting explanatory vistas.

These traits are a part of each person’s repertoire of cognitive skills measured by IQ tests. A person’s IQ score is the sum of two IQ scales—verbal (VIQ) and performance (PIQ) scales—divided by two. Given the gender difference in verbal and visuospatial traits, we should expect females to score higher on VIQ and males to score higher on PIQ. The original Wechsler IQ tests did show highly significant sex differences between the subscales in the expected directions (females significantly greater VIQ; males significantly greater PIQ), but Wechsler wanted a sex-neutral measure of intelligence, not a measure of verbal and visuo-spatial abilities. He achieved this by pruning the items most responsible for the sex difference; thus, today’s items index verbal or performance skills less strongly than did the original items (Wells 1980).

Reference is to: Wells, B. (1980). Personality and heredity. London: Longman. I don’t know it, it’s not on LibGen right now. Richard Lynn and Arthur Jensen have noted the same problem behavior but cited different papers. Someone needs to dig up and summarize this history.

On African self-esteem and narcissism:

Similarly, studies in the United States over the past 60 years or so have consistently found blacks to have significantly higher levels of global self-esteem than whites, who have significantly higher levels than Asians (see Table 1 in Chapter 11) (Zeigler-Hill 2007). This is the opposite of expectations based on the putative self-fulfilling nature of stereotypes. As discussed earlier, blacks have been the recipients of many negative stereotypes, while Asians have been the recipients of many positive stereotypes (model minority, smart, hard-working, law abiding). Self-esteem is domain and context-specific; blacks get it from things that are important to them, whites from what is important to them, and Asian from what is important to them. There are many biological, psychological, and social factors that influence self-esteem far removed from classificatory schemes or from stereotypes. Labels do have an impact, but they are hardly as powerful as they are alleged by some to be. Even if they were, the ethical battle should be against false imputation of inferiority/superiority and not against scientific studies of difference. The mission of critics of race and gender differences, should they chose to accept it, is to provide specific examples of how data on these differences are currently used against women and minorities, or may be in the future. Any such potential risks must then be weighed against claims of actual benefits made by medical and biological scientists, as well as some behavioral scientists exploring topics in which race is a salient factor, that accrue from recognizing these differences. They should then ask why it is not sensible to adopt Davis’ (2000) advice to concentrate on restraining any bad uses of knowledge that may come to their attention rather than seeking to deny others access to that knowledge.

This self-esteem debate matters because social psychologists claimed African Americans were having their self-esteem reduced by their poor position in society. This history has been covered elsewhere, but it comes from those doll experiments you sometimes hear about, which turn out not to reflect actual self-esteem so such. Psychologists love influencing public policy, and they only swim left too.