Von Neumann’s ability to instantaneously perform complex operations in his head stunned other mathematicians.[67] Eugene Wigner wrote that, seeing von Neumann’s mind at work, “one had the impression of a perfect instrument whose gears were machined to mesh accurately to a thousandth of an inch.”[68] Paul Halmos states that “von Neumann’s speed was awe-inspiring.”[15] Israel Halperin said: “Keeping up with him was… impossible. The feeling was you were on a tricycle chasing a racing car.”[69] Edward Teller wrote that von Neumann effortlessly outdid anybody he ever met,[70] and said “I never could keep up with him”.[71] Lothar Wolfgang Nordheim described von Neumann as the “fastest mind I ever met”,[67] and Jacob Bronowski wrote “He was the cleverest man I ever knew, without exception. He was a genius.”[72] George Pólya, whose lectures at ETH Zurich von Neumann attended as a student, said “Johnny was the only student I was ever afraid of. If in the course of a lecture I stated an unsolved problem. He’d come to me at the end of the lecture with the complete solution scribbled on a slip of paper.”[73] Halmos recounts a story told by Nicholas Metropolis, concerning the speed of von Neumann’s calculations, when somebody asked von Neumann to solve the famous fly puzzle:

Two bicyclists start twenty miles apart and head toward each other, each going at a steady rate of 10 mph. At the same time a fly that travels at a steady 15 mph starts from the front wheel of the southbound bicycle and flies to the front wheel of the northbound one, then turns around and flies to the front wheel of the southbound one again, and continues in this manner till he is crushed between the two front wheels. Question: what total distance did the fly cover? The slow way to find the answer is to calculate what distance the fly covers on the first, northbound, leg of the trip, then on the second, southbound, leg, then on the third, etc., etc., and, finally, to sum the infinite series so obtained. The quick way is to observe that the bicycles meet exactly one hour after their start, so that the fly had just an hour for his travels; the answer must therefore be 15 miles. When the question was put to von Neumann, he solved it in an instant, and thereby disappointed the questioner: “Oh, you must have heard the trick before!” “What trick?” asked von Neumann, “All I did was sum the infinite series.”[15]

Von Neumann had a photographic memory.[5] Herman Goldstine writes: “One of his remarkable abilities was his power of absolute recall. As far as I could tell, von Neumann was able on once reading a book or article to quote it back verbatim; moreover, he could do it years later without hesitation. He could also translate it at no diminution in speed from its original language into English. On one occasion I tested his ability by asking him to tell me how The Tale of Two Cities started. Whereupon, without any pause, he immediately began to recite the first chapter and continued until asked to stop after about ten or fifteen minutes.”[74]

What the fuck. I hope we saved his genes… We shud make clones of him! That will also be an interesting test of the heritability of genius itself, not just intelligence. Who knows, perhaps geniusness is not very heritable. This seems to be the case. Nevermind that geniuses tend not have children, i’ve never heard of a genius who had genius children. I shud make a list of geniuses with children, and then compare father and son’s achievements.

Many urban legends and misconceptions about classified drugs have been created and circulated among children and the general public, with varying degrees of veracity. These are commonly repeated by organizations which oppose all classified drug use, often causing the true effects and dangers of drugs to be misunderstood and less scrutinized. The most common subjects of such false beliefs are LSD, cannabis, and MDMA. These misconceptions include misinformation about adulterants or other black market issues, as well as alleged effects of the pure substances.

Spiritual and well being

In 2006, the United States government funded a randomized and double-blinded study by Johns Hopkins University which studied the spiritual effects of psilocybin in particular. That is, they did not use mushrooms specifically (in fact, each individual mushroom piece can vary widely in psilocybin and psilocin content.)[30] The study involved 36 college-educated adults (average age of 46) who had never tried psilocybin nor had a history of drug use, and who had religious or spiritual interests. The participants were closely observed for eight-hour intervals in a laboratory while under the influence of psilocybin.[31]

One-third of the participants reported that the experience was the single most spiritually significant moment of their lives and more than two-thirds reported it was among the top five most spiritually significant experiences. Two months after the study, 79% of the participants reported increased well-being or satisfaction; friends, relatives, and associates confirmed this. They also reported anxiety and depression symptoms to be decreased or completely gone.

Despite highly controlled conditions to minimize adverse effects, 22% of subjects (8 of 36) had notable experiences of fear, some with paranoia. The authors, however, reported that all these instances were “readily managed with reassurance.”[31]

Bottle of LSD from a Swiss clinical trial of LSD for anxiety in cancer patients, c. 2007.

LSD has been used in psychiatry for its perceived therapeutic value, in the treatment of alcoholism, pain and cluster headache relief, for spiritual purposes, and to enhance creativity. However, government organizations like the United States Drug Enforcement Administration maintain that LSD “produces no aphrodisiac effects, does not increase creativity, has no lasting positive effect in treating alcoholics or criminals, does not produce a ‘model psychosis’, and does not generate immediate personality change.”[22]

In the 1950s and 1960s LSD was used in psychiatry to enhance psychotherapy. Some psychiatrists believed LSD was especially useful at helping patients to “unblock” repressed subconscious material through other psychotherapeutic methods,[23] and also for treating alcoholism.[24][25] One study concluded, “The root of the therapeutic value of the LSD experience is its potential for producing self-acceptance and self-surrender,”[26] presumably by forcing the user to face issues and problems in that individual’s psyche.

From 2008-2011 there has been ongoing research in Switzerland into using LSD to alleviate anxiety for terminally ill cancer patients coping with their impending deaths. Preliminary results from the study are promising, and no negative effects have been reported.[28][29][30]

Some studies in the 1950s that used LSD to treat alcoholism professed a 50% success rate,[31][32] five times higher than estimates near 10% for Alcoholics Anonymous.[33] A 1998 review was inconclusive.[34] However, a 2012 meta-analysis of 6 randomized controlled trials found evidence that a single dose of LSD was associated with a decrease in alcohol abuse, lasting for several months.[35]

LSD was studied in the 1960s by Eric Kast as an analgesic for serious and chronic pain caused by cancer or other major trauma.[36] Even at low (sub-psychedelic) dosages, it was found to be at least as effective as traditional opiates, while being much longer lasting in pain reduction (lasting as long as a week after peak effects had subsided). Kast attributed this effect to a decrease in anxiety; that is to say they were not experiencing less pain, but rather being less distressed by pain. This reported effect is being tested (though not using LSD) in an ongoing (as of 2006) study of the effects of the psychedelic tryptamine psilocybin on anxiety in terminal cancer patients.

LSD has been used as a treatment for cluster headaches, an uncommon but extremely painful disorder. Researcher Peter Goadsby describes the headaches as “worse than natural childbirth or even amputation without anesthetic.”[37] Although the phenomenon has not been formally investigated, case reports indicate that LSD and psilocybin can reduce cluster pain and also interrupt the cluster-headache cycle, preventing future headaches from occurring. Currently existing treatments include various ergolines, among other chemicals, so LSD’s efficacy may not be surprising. A dose-response study testing the effectiveness of both LSD and psilocybin was planned at McLean Hospital, although the current status of this project is unclear. A 2006 study by McLean researchers interviewed 53 cluster-headache sufferers who treated themselves with either LSD or psilocybin, finding that a majority of the users of either drug reported beneficial effects.[38] Unlike use of LSD or MDMA in psychotherapy, this research involves non-psychological effects and often sub-psychedelic dosages.[39][40]

LSD is considered an entheogen because it can catalyze intense spiritual experiences, during which users may feel they have come into contact with a greater spiritual or cosmic order. Users claim to experience lucid sensations where they have “out of body” experiences. Some users report insights into the way the mind works, and some experience permanent shifts in their life perspective. LSD also allows users to view their life from an introspective point of view. Some users report using introspection to resolve unresolved or negative feelings towards an individual or incident that occurred in the past. Some users consider LSD a religious sacrament, or a powerful tool for access to the divine. Stanislav Grof has written that religious and mystical experiences observed during LSD sessions appear to be phenomenologically indistinguishable from similar descriptions in the sacred scriptures of the great religions of the world and the secret mystical texts of ancient civilizations.[41]

In the 1950s and 1960s, psychiatrists like Oscar Janiger explored the potential effect of LSD on creativity. Experimental studies attempted to measure the effect of LSD on creative activity and aesthetic appreciation.[42][43][44][45] Seventy professional artists were asked to draw two pictures of a Hopi Indian kachina doll, one before ingesting LSD and one after.[46]

See also: Effects of MDMA on the human body

There have long been suggestions that MDMA might be useful in psychotherapy, facilitating self-examination with reduced fear.[9][10][11] Indeed, some therapists, including Leo Zeff, Claudio Naranjo, George Greer, Joseph Downing, and Philip Wolfson, used MDMA in their practices until it was made illegal. George Greer synthesized MDMA in the lab of Alexander Shulgin and administered it to about 80 of his clients over the course of the remaining years preceding MDMA’s Schedule I placement in 1985. In a published summary of the effects,[12] the authors reported patients felt improved in various, mild psychiatric disorders and experienced other personal benefits, especially improved intimate communication with their significant others. In a subsequent publication on the treatment method, the authors reported that one patient with severe pain from terminal cancer experienced lasting pain relief and improved quality of life.[13]

The first phase-II double-blind randomized controlled clinical trial into the potential therapeutic benefits of using the drug as an augment to psychotherapy showed that most patients in the trial given psychotherapy treatment along with doses of MDMA experienced statistically significant reductions in the severity of their condition after two months, compared with a control group receiving psychotherapy and a placebo.[15] The authors concludes “MDMA-assisted psychotherapy can be administered to posttraumatic stress disorder patients without evidence of harm, and it may be useful in patients refractory to other treatments.”[15]

The possible therapeutic potential of MDMA is being tested in several ongoing studies, some sponsored by the Multidisciplinary Association for Psychedelic Studies (MAPS). Studies in the U.S., Switzerland, and Israel are evaluating the efficacy of MDMA-assisted psychotherapy for treating those diagnosed with post-traumatic stress disorder (PTSD) or anxiety related to cancer.

Small doses of MDMA are used as an entheogen to enhance meditation by some Buddhist Monks.[16]

Re: Why Would You Remove Half a Brain? The Outcome of 58 Children After Hemispherectomy—The Johns Hopkins Experience: 1968 to 1996 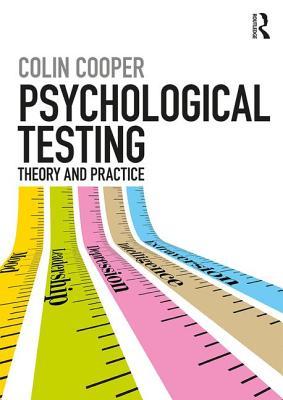 Scraping: temperature and precipitation data for all NOAA weather stations