Sometimes references are made to such findings. For instance, in Is There Anything Good About Men? (Roy F. Baumeister, 2007):

Recent research using DNA analysis answered this question about two years ago. Today’s human population is descended from twice as many women as men. I think this difference is the single most underappreciated fact about gender. To get that kind of difference, you had to have something like, throughout the entire history of the human race, maybe 80% of women but only 40% of men reproduced.

No reference is given, but there’s a few of these studies:

The latter 2 studies are important because they looked at population differences. Rushton claimed that Africans had more chads (resulting in more polygyny) and East Asians more dads (more monogyny), with Europeans somewhere in between closer to Asians. These mating pattern differences result in predictions about the relative sex ratios of effective population sizes one can measure in the genetics. Arbiza et al note:

Compared with our empirical results, the results of these simulations have a few salient features. The range of estimates of absolute X/A diversity for relatively neutral regions, furthest from genes, tended to exceed or match the expectation from recent models of human demography: African populations showed a marked increase of at least 7.8% (0.86–0.88) from the expectation (0.780  0.798), European populations also had a higher increase, albeit to a smaller degree of ~4% (0.78–0.79), than the expectation (0.699–0.751), and East Asian populations showed estimates overlapping or only modestly exceeding (0.70–0.75) the expectation from demography (0.687–0.734). Although this increase could partially be due to the confounding effect of natural selection on some of the modeling strategies, it points to the possibility that additional factors leading to a relative increase in the female versus male N e , such as effective polygyny 7 over extended historical time periods, have played a past role in human populations.

Some basic summary statistics concerning mtDNA and NRY diversity for the regions are provided in Table 1. The π values we report are for the most part somewhat larger than reported in a previous study of eight Africans and eight Europeans [50], which is not unexpected given the much larger sampling in our study. Notably, we find substantial variation among geographic regions in amounts of mtDNA versus NRY diversity; this is shown further in the comparison of the mean number of pairwise differences (mpd) for mtDNA and the NRY (Figure 2A). The mtDNA mpd for Africa is about twice that for other regions, while the NRY mpd is greatest in the Middle East/North Africa region, and only slightly greater in Africa than in the other regions (with the exception of the Americas, which show substantially lower NRY diversity). Overall, there are striking differences in the ratio of NRY:mtDNA mpd (Table 1), with Africa, Central Asia, and the Americas having significantly less NRY diversity relative to mtDNA diversity, compared to the other regional groups. Moreover, differences in relative levels of NRY:mtDNA diversity are also evident in the individual populations (Additional file 3: Table S3), although the small sample sizes indicate that the individual population results must be viewed cautiously.

The trouble with straightforward interpretations is that population bottlenecks/history, and female out-migration can also skew these ratios, so the observed ratio does not necessarily function as a (pure) measure of polygyny. I imagine one could clarify this issue using animal data or some deeper genomic patterns that allow one to decompose the variation, but I haven’t followed the literature well enough to know whether this has been done.

Peter Frost informs me per email that he reviewed some of the genomic evidence already back in 2011 in a blogpost. 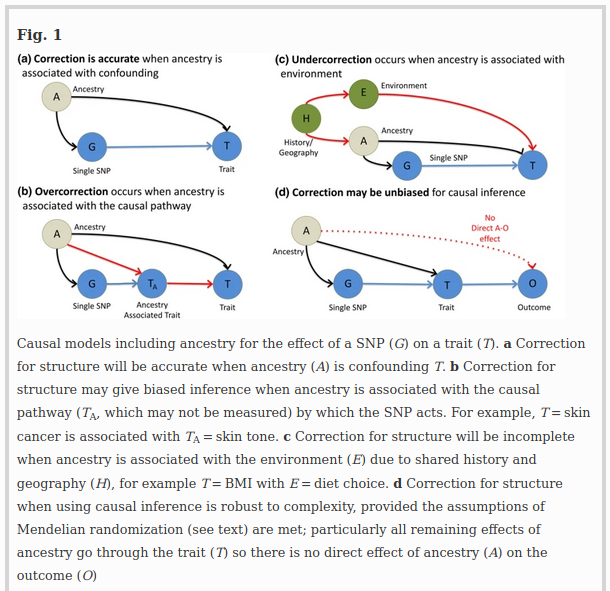