23andme has updated their ancestry estimates, so I’m reposting mine for people who are wondering. 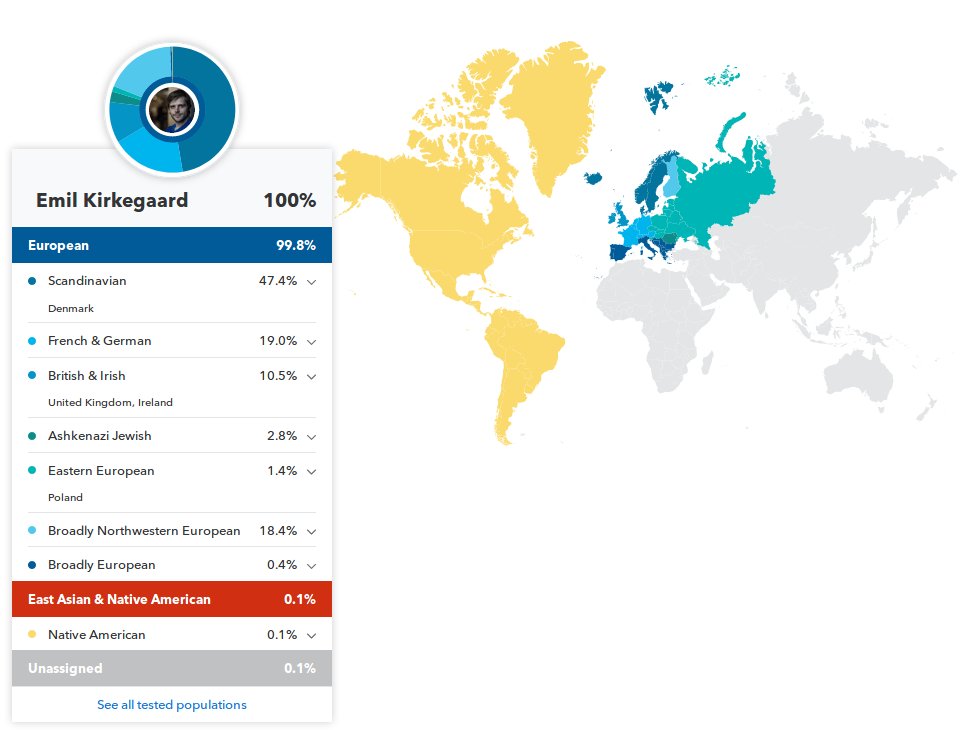 They also report regional results now, and they figured out I come from Jutland, especially central. This is correct in so far as my mother’s family is entirely from there, with a long family tree going back some hundreds of years. My father grew up in Copenhagen, but his origins are obscure because he was adopted. His father seems to have been a vagabond of sorts (or moved around a lot at least) and who had a rare French middle name. His mother is some distant descendant of the Danish-Jewish family Kampmann/Engmann I think. There is a book one can get from the library somewhere that catalogs this. 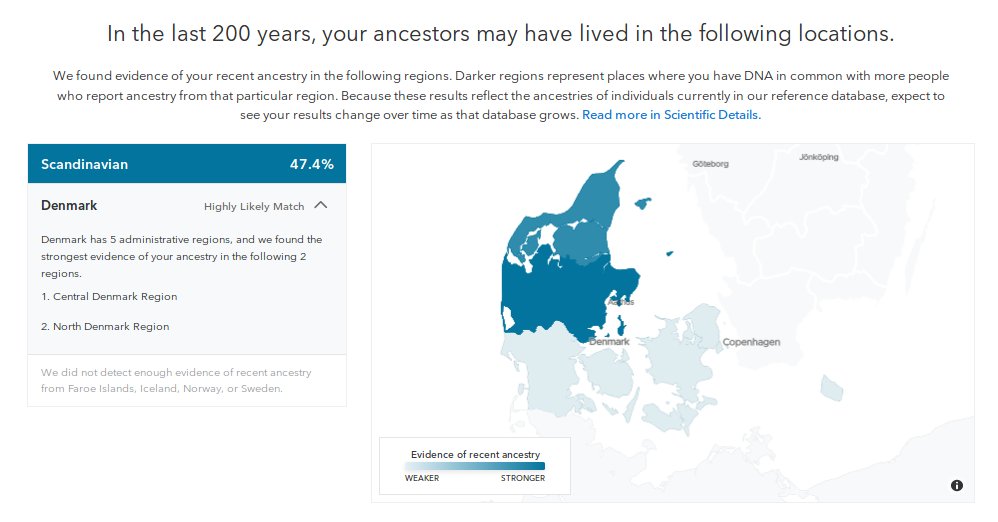 My data is from an older version of the 23andme array (version 1, 950k snps), and my nuclear family has a newer version (650k snps). Thus, the array data format might affect the results if imputation/training is not done properly. Results look like this: 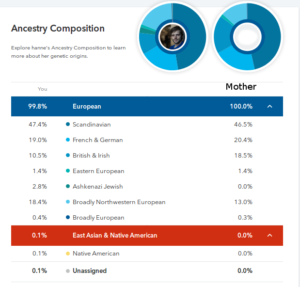 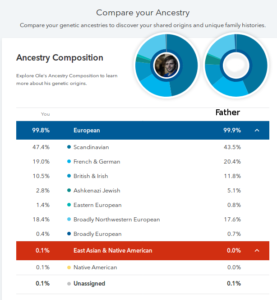 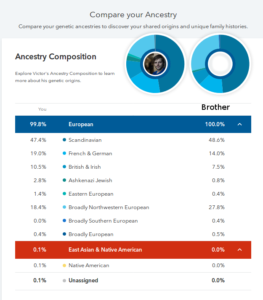 Or in tabular format:

I’ve also added the expected child ancestry, as well as the deviations. Generally speaking, large mean deviations are very unlikely and indicate model bias. Thus, we see that the offspring French and German ancestry shrinks along with British and Irish, while Broadly Northwestern Euro increases. Thus, their model has some kind of issue with this ancestry and assigns it differently depending on which generation people are from. This probably indicates some kind of age or generation confounding in their training sample.