It is well established that general intelligence varies in the population and is causal for variation in later life outcomes, in particular for social status and education. We linked IQ-test scores from the Danish draft test (Børge Prien Prøven, BPP) to social status for a list of 265 relatively common names in Denmark (85% male). Intelligence at the level of first name was strongly related to social status, r = .64. Ten names in the dataset were non-western, Muslim names. These names averaged an IQ of 81 (range 76-87) compared with 98 for the western, mostly Danish ones. Nonwestern names were also lower in social status, with a mean SES score of 2.66 standard deviations below that of western names. Mediation analysis showed that 30% of this very large gap can be explained by the IQ gap. Reasons for this relatively low level of mediation are discussed. 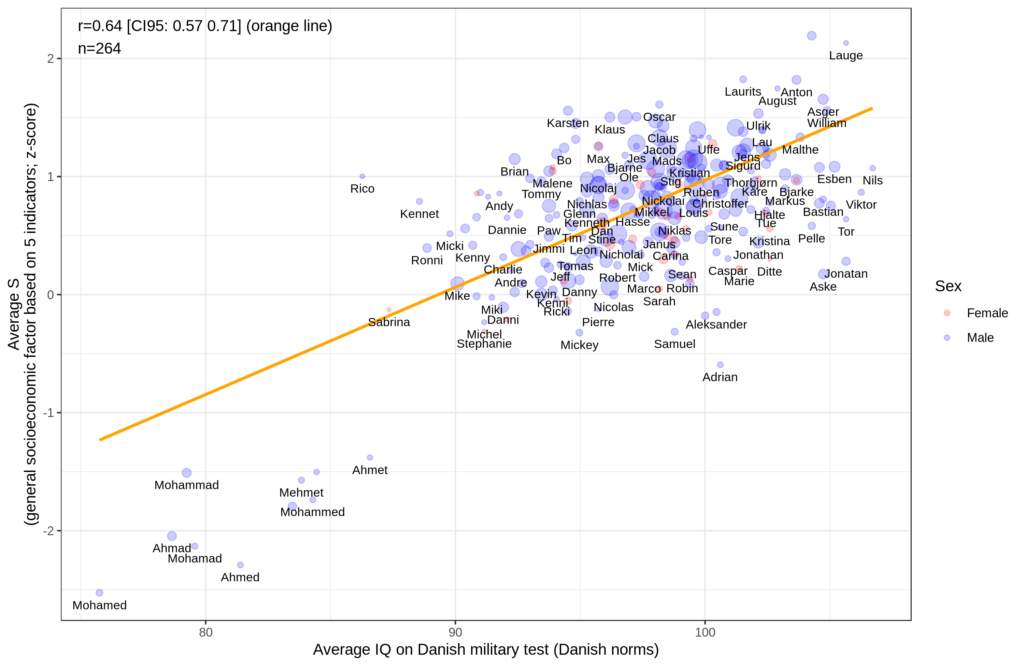 This study is part of the on-going series of studies into Scandinavian immigrant data, especially using Danish army test results.