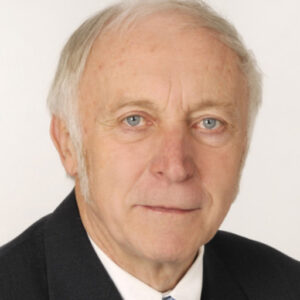 I cover these here mainly because they are not widely known, and relate to ongoing discussions about the generalizability of twin estimates across time and space. To put things into perspective, current debate has papers like this:

The aetiology of individual differences in educational attainment and occupational status includes genetic as well as environmental factors1,2,3,4,5 and can change as societies change3,6,7. The extent of genetic influence on these social outcomes can be viewed as an index of success in achieving meritocratic values of equality of opportunity by rewarding talent and hard work, which are to a large extent influenced by genetic factors, rather than rewarding environmentally driven privilege. To the extent that the end of the Soviet Union and the independence of Estonia led to an increase in meritocratic selection of individuals in education and occupation, genetic influence should be higher in the post-Soviet era than in the Soviet era. Here we confirmed this hypothesis: DNA differences (single-nucleotide polymorphisms) explained twice as much variance in educational attainment and occupational status in the post-Soviet era compared with the Soviet era in both polygenic score analyses and single-nucleotide polymorphism heritability analyses of 12,500 Estonians. Our results demonstrate a change in the extent of genetic influence in the same population following a massive and abrupt social change—in this case, the shift from a communist to a capitalist society.

Convincing findings it seems. But wait, the old Western heritability estimates were pretty high despite the West in the past being about as poor as Estonia was in that study period. So maybe things are not entirely what they seem. Can we find some old, secret twin studies? Yes, we can. Politically incorrect studies were regularly suppressed under actual communism, just as they are right now under our ongoing Woke cultural revolution. Volkmar Weiss is an East German psychologist who summarized some of these studies a long time ago. I unfortunately don’t have the originals, but maybe they can be find. Weiss is still alive, I have met him some years ago when I was visiting Leipzig.

In 1974 and 1975 a representative sample of 3000 pairs of twin was measured in East Germany and tested and the following results were obtained (Weiss, 1977): The heritability of stature was .89, of weight .88, of the 60 meters run .85, of long jump .74, of cricket-ball throw .54, of push-up .85, of hop jump .66, of shot throw .71, and of the endurance run lasting 7 minutes .93 — the latter a surprisingly high correlation. We were also surprised to find that the high heritability of weight (.88) was equivalent to that of stature. This must be seen in the light of the high level of general health and nutrition in the German Democratic Republic

I don’t see any numbers for social status related or psychological traits, but maybe these were measured too. The point of this article is that:

While selective breeding is not the aim of human genetics, personnel selection raises the problem of long range prediction. For this purpose broad heritability provides an ideal estimate to weight individual test scores by their reliability in the long run (Rygula, 1975). Generally it is found that the higher the heritability, the higher the predictive power of the test. Environmental correlations, such as commonly exist in human societies and often enhance the effect of calculated heritabilities, are no hindrance to the practical application of these heritabilities (Weiss, 1978).

So, he suggests weighing by the heritability of scores for predicting the future because heritable influences are consistent across the life-span. Sensible. If he had said directly to use genetic estimates for personnel selection (polygenic scores), he would have really been far ahead of his time. Since we can currently do crude predictions from pre-implementation embryo stage, one could of course also use these predictions for the purpose of employment. For instance, companies might acquire DNA (with permission) from kids age 12, and then make them offers for the future. This does not necessarily have to relate to intelligence or creativity, but sports ability too. Genetic talent scouting.

The great struggle between Lysenko’s agrobiology, pro-claimed as “socialist biology,” and classical genetics began as early as 1936. In that year, at the instigation of Stalin himself, all testing of intelligence was forbidden in Soviet schools (and up to the time of this writing this order has never been officially canceled in any East European country). Nobody ever understood the intrinsic logic of this simultaneity of events better than Stoletov. Because IQ tests measure inter-individual differences, and human genetics is the science of the inheritance of inter-individual differences, when both IQ tests and human genetics are forbidden (or even simply discredited) what cannot be measured cannot be discussed scientifically: hence it is not possible to challenge the thesis that all men are created equal. Since 1936 to the present, the study of the genetic component of intelligence has remained taboo in the Soviet Union. About 1980 some twin studies investigating the heritability of IQ were published in Moscow, demonstrating a heritability of 0.78 (Lipoveckaja, Kantonistova and Chamaganova 1978), but further research was stopped as soon as Western authors began to comment on these results.

This entire article well worth reading for historical interest.

Regression towards genetic set point: the case of MZ and DZ height in infancy/early childhood