Using the crude measures of literacy and numeracy discussed in a previous post, it is possible to quantify the cognitive ability gap for US Black-White in the 1800s. The data come from: 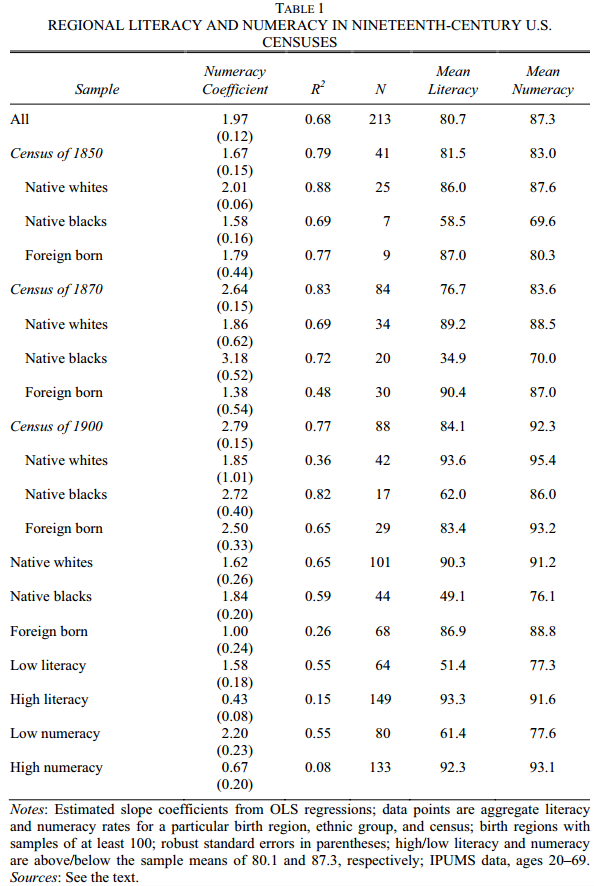 Following the pass rate to normal conversion (qnorm in R), we can derive relative z-score gaps from the pass rates. These are:

The S factor in the British Isles: A reanalysis of Lynn (1979)