Thanks to Trannyporno for sending me this study.

A central concern about immigration is the integration into the labour market, not only of the first generation but also of subsequent generations. Little comparative work exists for Europe’s largest economies. France, Germany and the UK have all become, perhaps unwittingly, countries with large immigrant populations albeit with very different ethnic compositions. Today, the descendants of these immigrants live and work in their parents’ destination countries. This article presents and discusses comparative evidence on the performance of first and second‐generation immigrants in these countries in terms of education, earnings and employment.

Curious that the authors leave out anything about the findings in the abstract. A survey of expert economists shows we should expect milk and honey from immigration (at least, the recent wave of fake-refugees going to Germany): 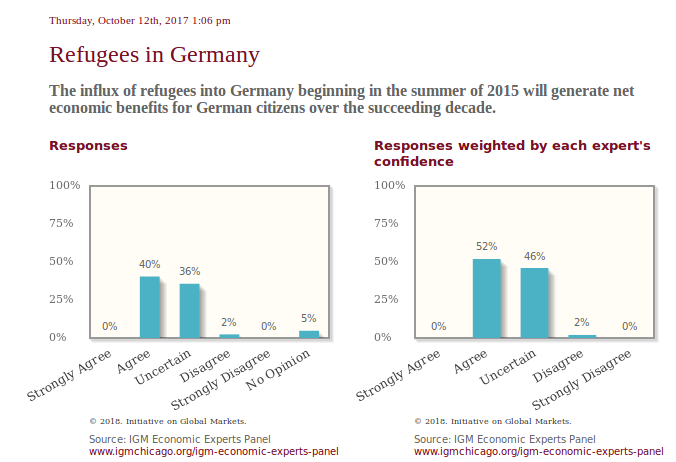 Note: the survey was not anonymous, so obvious social desirability bias in responding, but how strong? Back to the study’s findings. 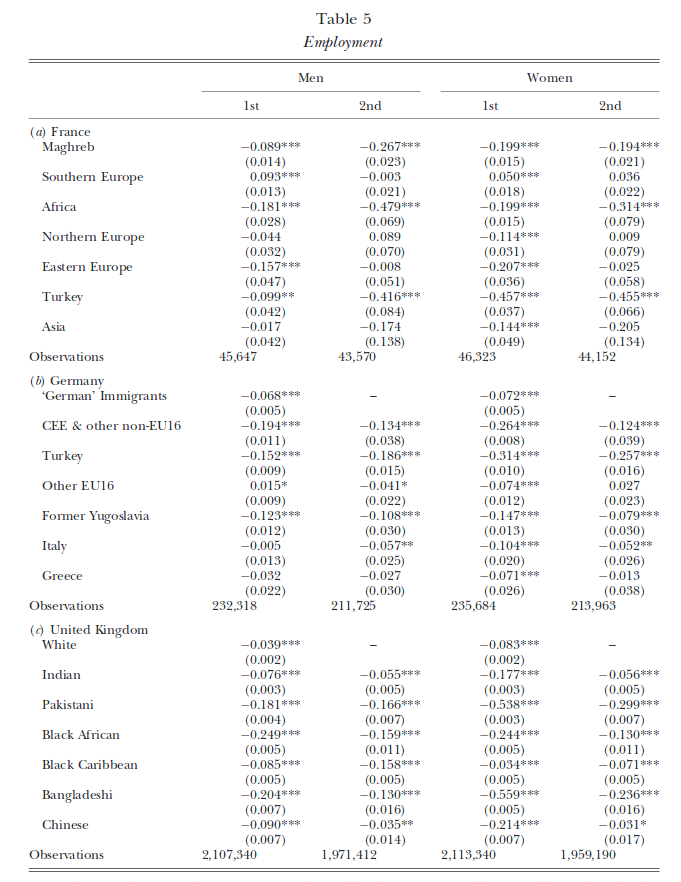 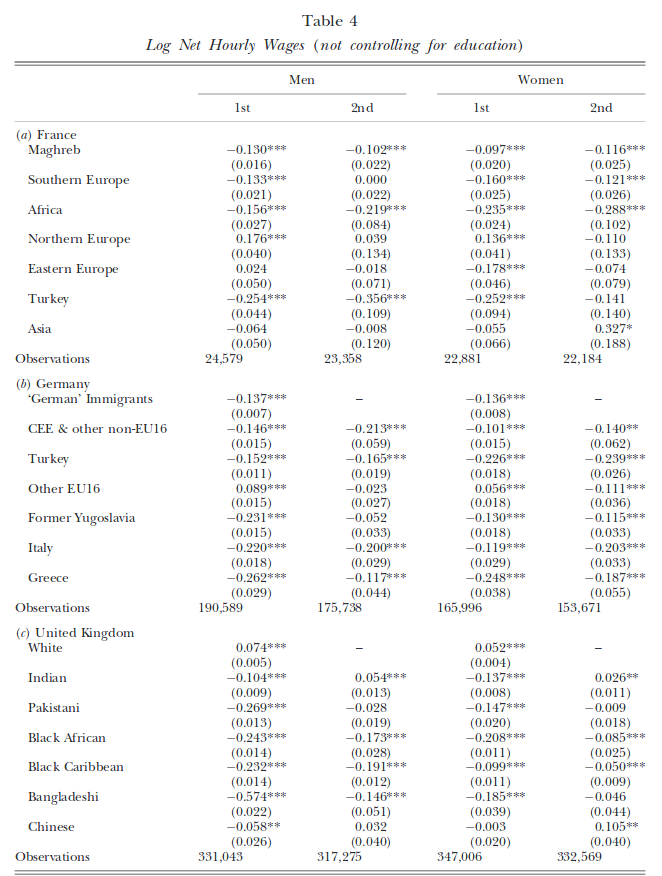 Note the large SEs for many 2nd generation groups. One shouldn’t make very much of the fact that e.g. northern European second generation women had a beta of -0.110 with an SE of 0.133.

In general, the findings are not surprising: lower IQ/moreMuslim countries send people who perform worse in the job market, just as their countries perform poorly at home (exception: China, commies at home).

It is quite unfortunate that the origin groups were not more overlapping. This would have enabled one to pool the data into a single regression, similar to what I published for Scandinavian countries some months ago: 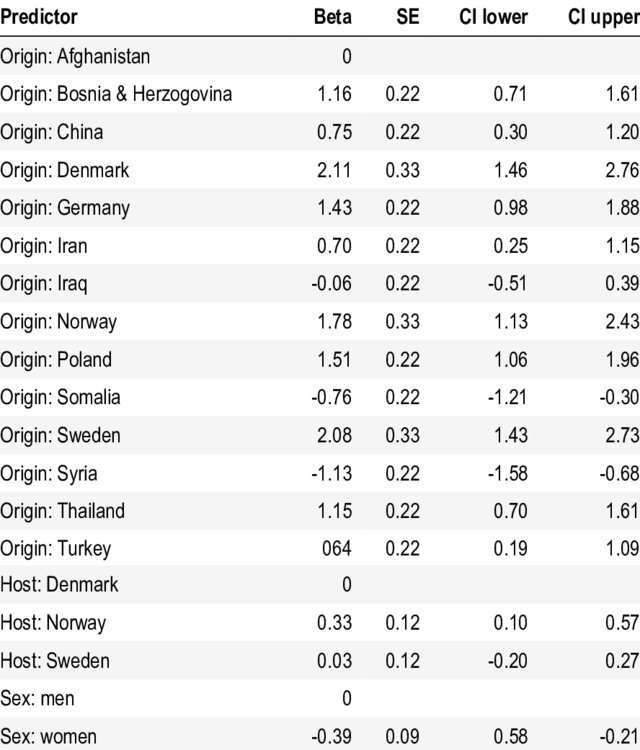 Workers are people too: review of We wanted workers (Borjas)