Using data from the Philadelphia Neurodevelopmental Cohort, we examined whether European ancestry predicted cognitive ability over and above both parental socioeconomic status (SES) and measures of eye, hair, and skin color. First, using multi-group confirmatory factor analysis, we verified that strict factorial invariance held between self-identified African and European-Americans. The differences between these groups, which were equivalent to 14.72 IQ points, were primarily (75.59%) due to difference in general cognitive ability (g), consistent with Spearman’s hypothesis. We found a relationship between European admixture and g. This relationship existed in samples of (a) self-identified monoracial African-Americans (B = 0.78, n = 2,179), (b) monoracial African and biracial African-European-Americans, with controls added for self-identified biracial status (B = 0.85, n = 2407), and (c) combined European, African-European, and African-American participants, with controls for self-identified race/ethnicity (B = 0.75, N = 7,273). Controlling for parental SES modestly attenuated these relationships whereas controlling for measures of skin, hair, and eye color did not. Next, we validated four sets of polygenic scores for educational attainment (eduPGS). MTAG, the multi-trait analysis of genome-wide association study (GWAS) eduPGS (based on 8442 overlapping variants) predicted g in both the monoracial African-American (r = 0.111, n = 2179, p < 0.001), and the European-American (r = 0.227, n = 4914, p < 0.001) subsamples. We also found large race differences for the means of eduPGS (d = 1.89). Using the ancestry-adjusted association between MTAG eduPGS and g from the monoracial African-American sample as an estimate of the transracially unbiased validity of eduPGS (B = 0.124), the results suggest that as much as 20%–25% of the race difference in g can be naïvely explained by known cognitive ability-related variants. Moreover, path analysis showed that the eduPGS substantially mediated associations between cognitive ability and European ancestry in the African-American sample. Subtest differences, together with the effects of both ancestry and eduPGS, had near-identity with subtest g-loadings. This finding confirmed a Jensen effect acting on ancestry-related differences. Finally, we confirmed measurement invariance along the full range of European ancestry in the combined sample using local structural equation modeling. Results converge on genetics as a potential partial explanation for group mean differences in intelligence.

This is our largest admixture project to date, pulling together the evidence using polygenic scores and global admixture analysis (see previous posts). We confirm all the usual hereditarian predictions using a large sample of European and African American kids and youth from the PNC/TCP sample. The dataset also has other groups, mainly about 500 Hispanics, but we left these out to simplify the analysis and its presentation. Many people found our previous PING study hard to understand, so we felt this was needed. Specifically, we showed that:

For a good quantitative background on understanding the results, I recommend reading the simulations we published in the PING paper supplement. It goes over why we modeled the data in this way since we simulated polygenic group differences and admixture analysis from first principles and showed the methods make sense. If you want the R code for that to play with it yourself, it can be found here.

Table 1. Factor score differences between African and European-Americans based on the Weak Spearman’s Hypothesis Model. 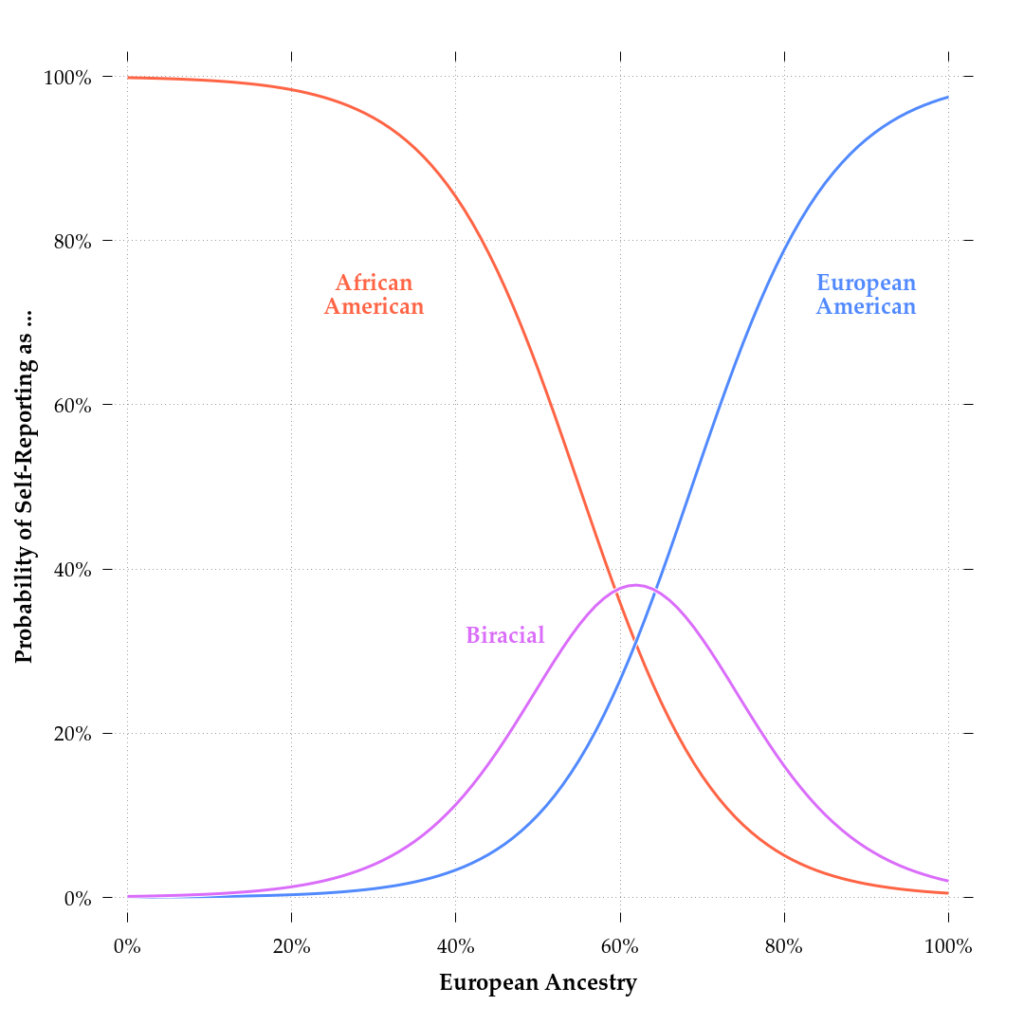 Figure 1. Probability distribution for identifying as African-, biracial African-European, and European-American as a function of genetic ancestry for the Trajectories of Complex Phenotypes (TCP) sample.
— 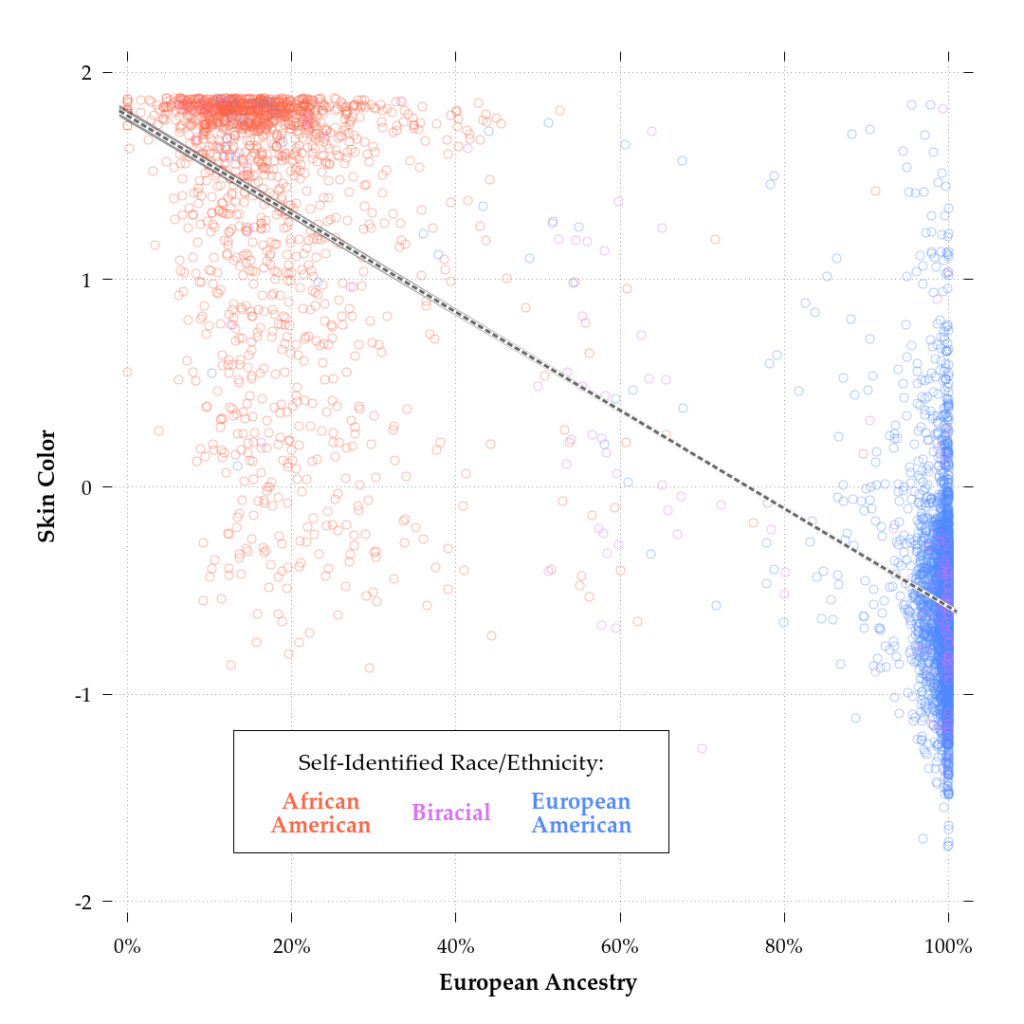 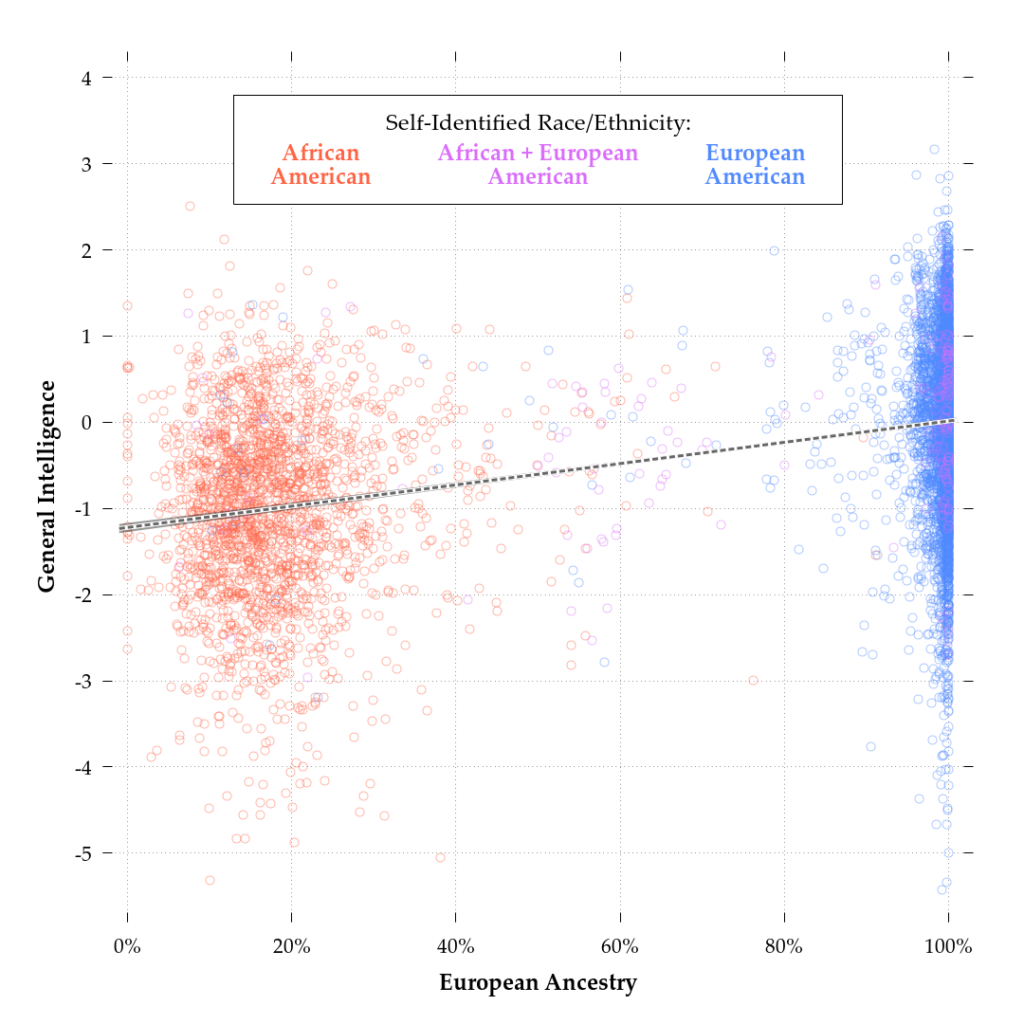 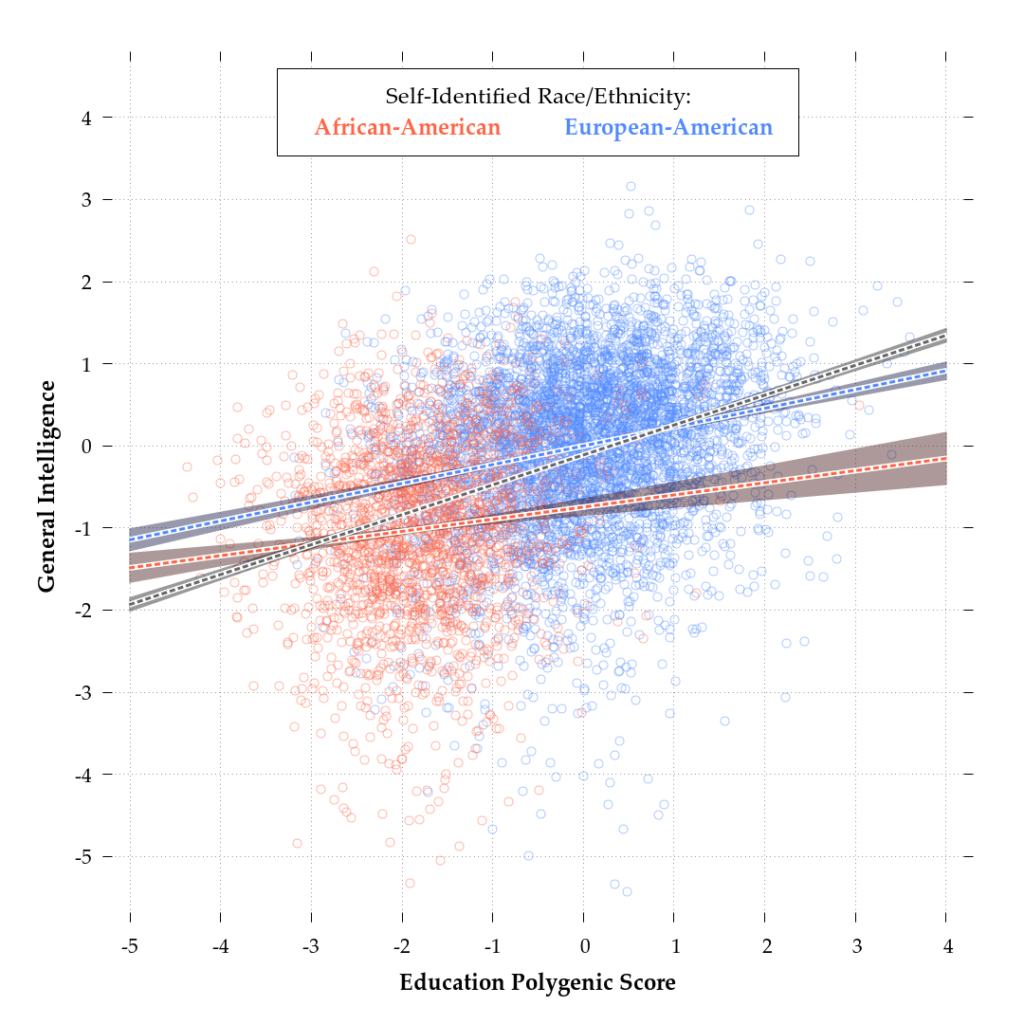