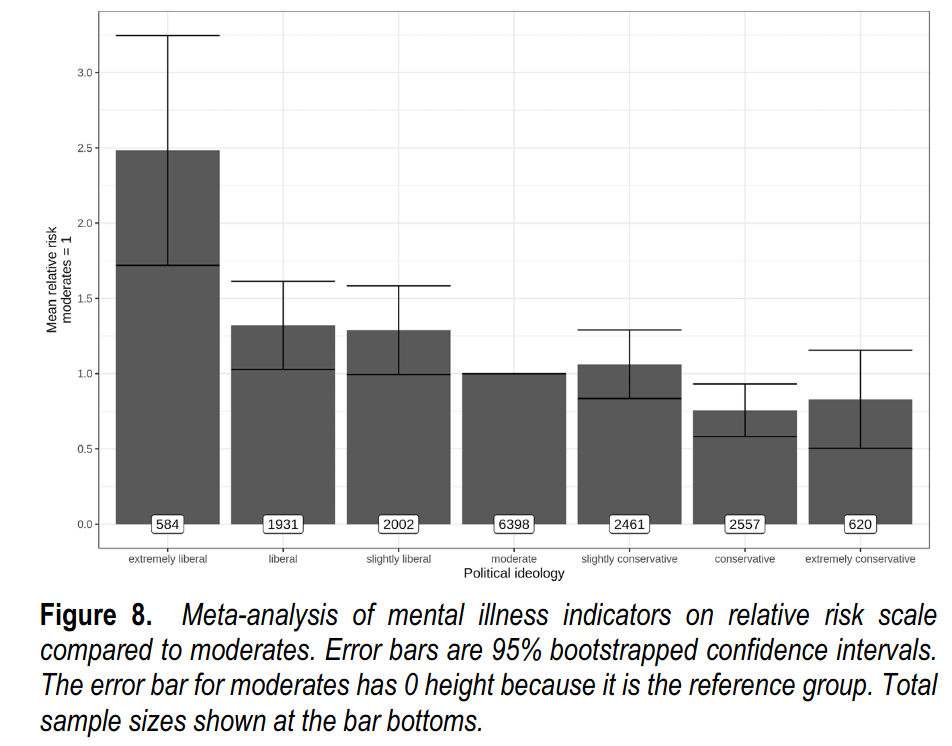 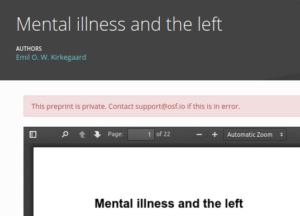 Well, this one has been public as as preprint for a while ( [this is tagged as private?!], OSF and ResearchGate ~9k views), but it is now officially published in Mankind Quarterly, the best place to publish human biodiversity content (also OpenPsych but currently inactive pending completion of ongoing development work).

It has been claimed that left-wingers or liberals (US sense) tend to more often suffer from mental illness than right-wingers or conservatives. This potential link was investigated using the General Social Survey cumulative cross-sectional dataset (1972-2018). A search of the available variables resulted in 5 items measuring one’s own mental illness (e.g., ”Do you have any emotional or mental disability?”). All of these items were weakly associated with left-wing political ideology as measured by self-report, with especially high rates seen for the “extremely liberal” group. These results mostly held up in regressions that adjusted for age, sex, and race. For the variable with the most data (n = 11,338), the difference in the mental illness measure between “extremely liberal” and “extremely conservative” was 0.39 d. Temporal analysis showed that the relationship between mental illness, happiness, and political ideology has existed in the GSS data since the 1970s and still existed in the 2010s. Within-study meta-analysis of all the results found that extreme liberals had a 150% increased rate of mental illness compared to moderates. The finding of increased mental illness among left-wingers is congruent with numerous findings based on related constructs, such as positive relationships between conservatism, religiousness and health in general. 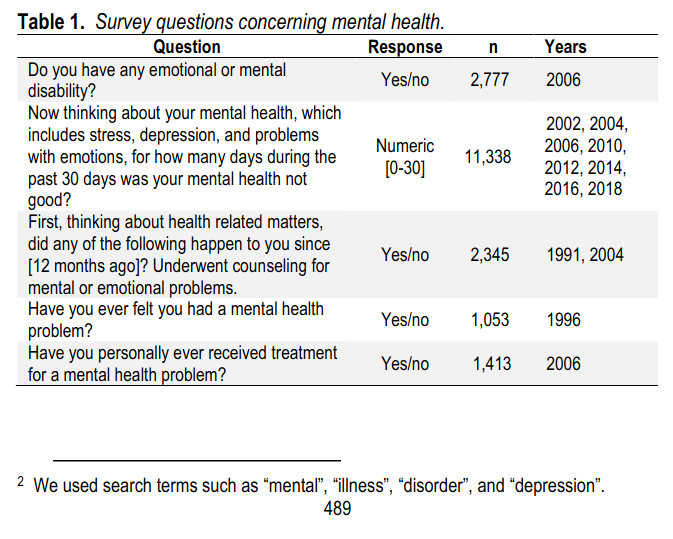 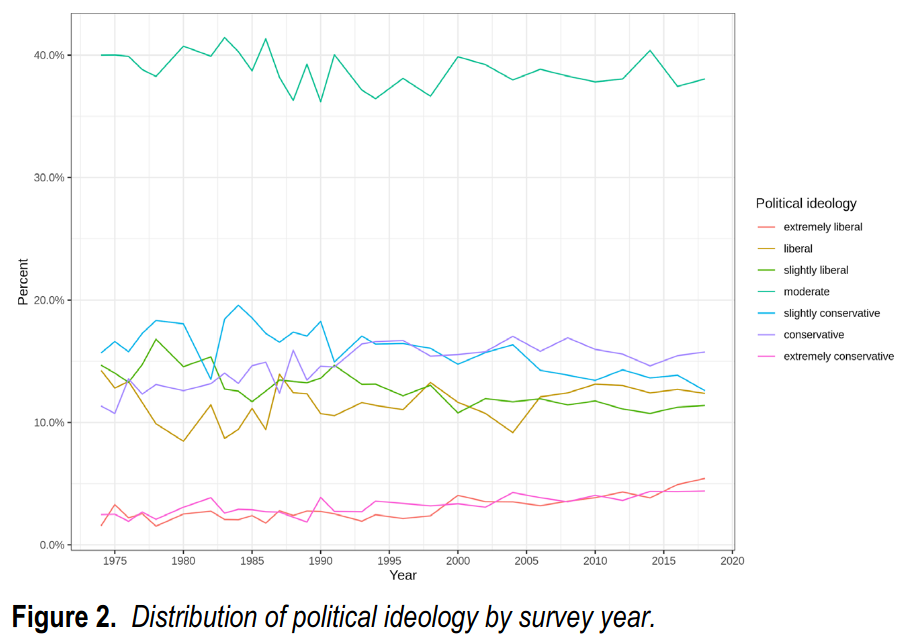 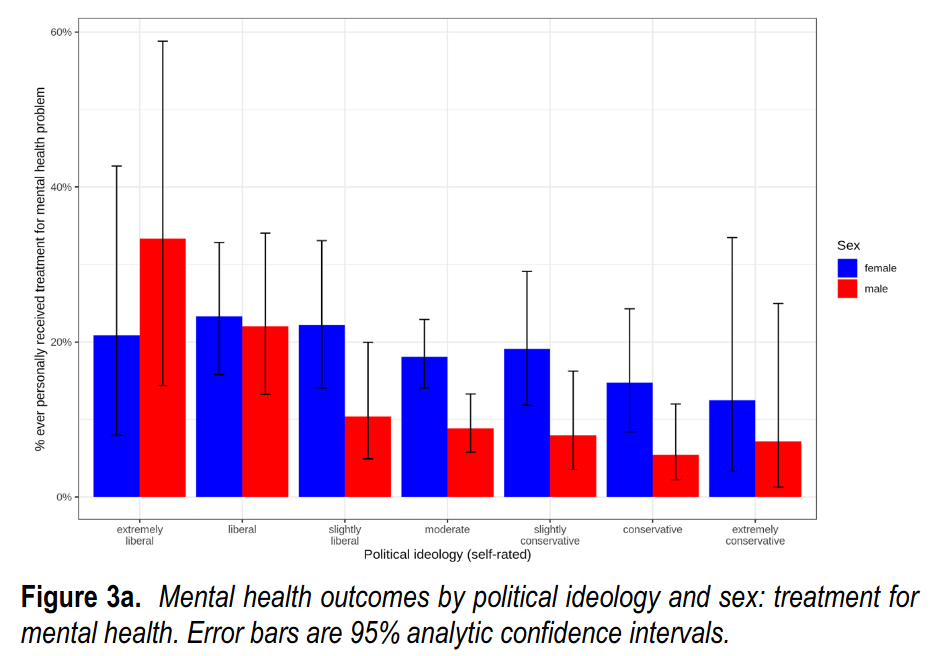 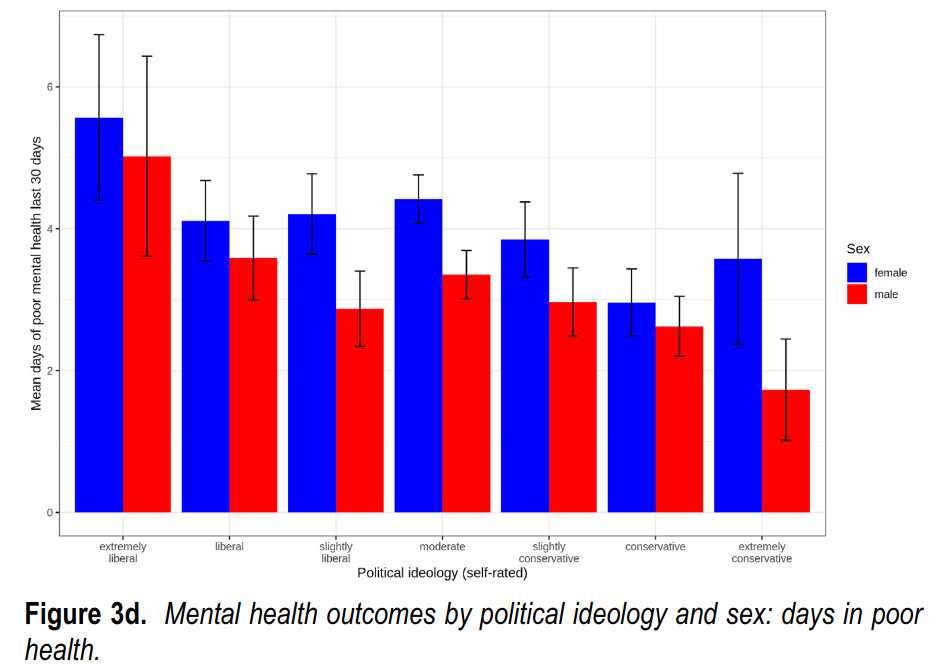 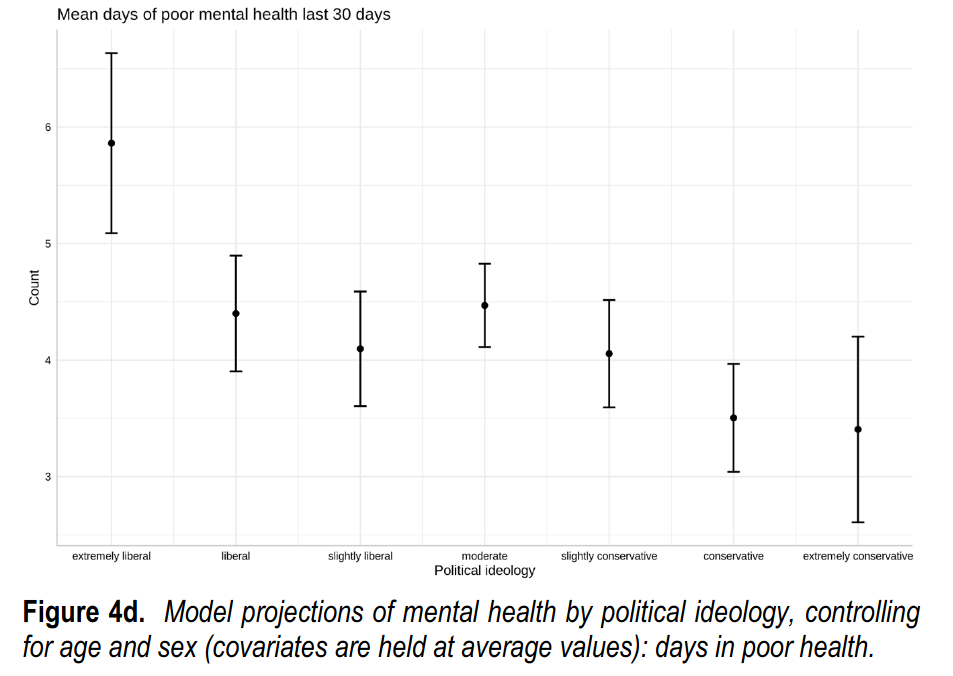 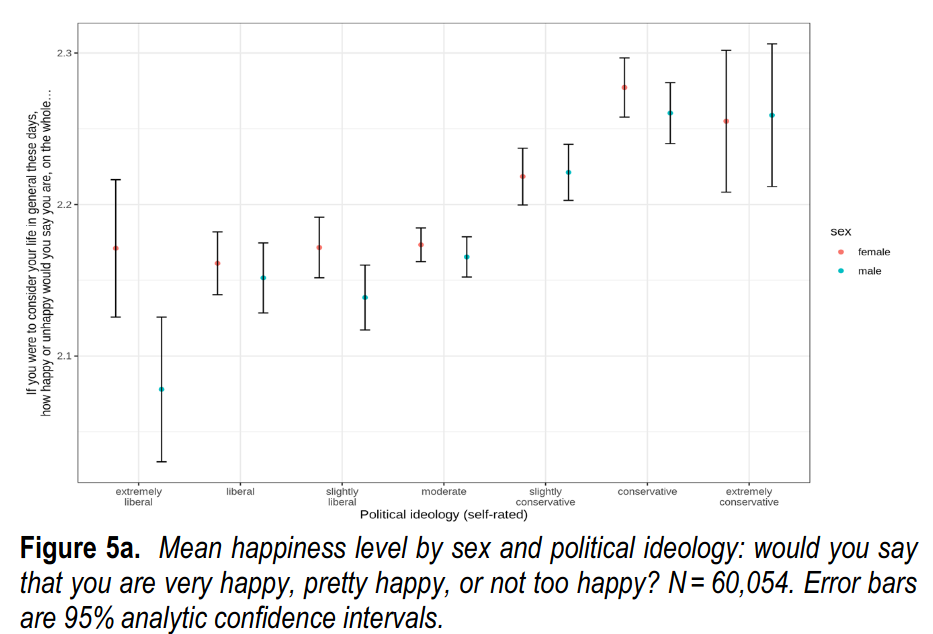 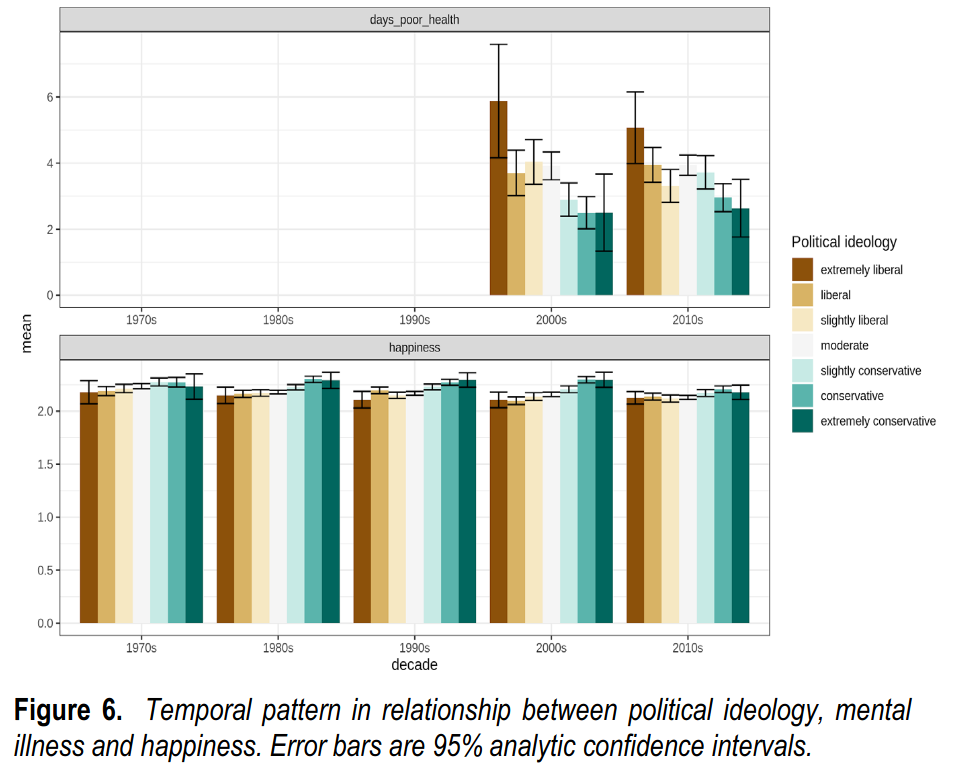 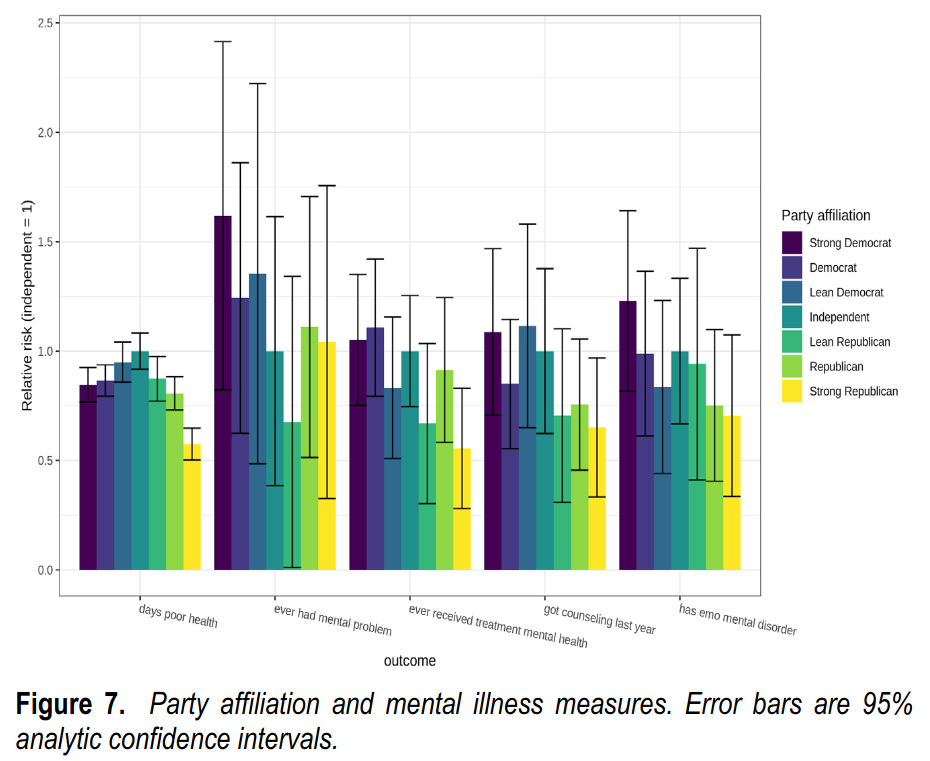