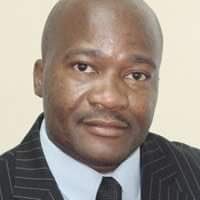 Many people seem to have this impression. These arguments go back more than 10 years. This post quotes various UK newspaper articles going back to 2006:

John Fuerst is probably the first hereditarian to seriously grapple with these issues:

In fact, that juicy Lynn quote that Chisala (2015) opens with, is from John’s post:

Lynn is quite wrong here. The hereditarian claim is that there are average differences in the distribution of (true score) polygenic scores associated with ancestry, whatever these are called. One can of course pick an elite smart or particularly dull group from any ancestry group, and this sample will then be above or below their origin group and whatever other groups. NW Europeans average about 100 IQ (British norms), but West Virginian Whites average perhaps 92 IQ, while Indian immigrants in USA average perhaps 110 IQ. There is no conflict here with hereditarianism.

This fallacy goes back a long time in a related form. In the test data from WW1, it was discovered that some US states, blacks had higher scores than whites in some other states. Jensen dealt with this in 1973, naming it the Klineberg fallacy:

[From Section: The fallacy of assuming genetic homogeneity within racial groups]
A peculiar manifestation of the fallacious belief in racial genetic homogeneity is the notion that regional differences in IQ among whites must be entirely environmental and therefore, if they are of considerable magnitude, can be pointed to as evidence that racial differences must also be entirely environmental. The fallacy of this argument, of course, is that no sophisticated person today would insist that regional differences in IQ within the white (or Negro) population are entirely due to cultural and educational differences. The argument from regional differences among whites as entirely environmental to differences between racial groups as entirely environmental might be called the Klineberg fallacy, since it was Otto Klineberg (1935, 1944) who first popularized the comparison of Army Alpha test scores of whites in four Southern states, where the white Alpha medians were lowest in the nation for whites, with the test scores of Negroes in four Northern states, where the Negro Alpha medians were the highest in the nation for Negroes. (The four highest Negro medians were all above the four lowest white medians. Comparison of Negro and white medians within the same state, on the other hand, showed about the same difference as for the average Negro-white difference in the nation as a whole.) As evidence for an environmental explanation of racial differences, Klineberg (1963, p. 200) also points to an isolated group of impoverished white children living in the hollows of the Blue Ridge Mountains of Appalachia who had an average IQ lower than the Negro national mean. But of course genetic differ­ences in intelligence among subgroups of the white population are no less improbable than differences among racial groups, and this would seem especially true of relatively isolated groups in the ‘hollows’ of Appalachia. The fact that the Army Alpha is highly loaded with scholastic knowledge, correlating close to 0-70 with number of years of schooling, means that it probably reflects regional differences in mean level of education to some degree, independently of intelligence, especially in the period of World War I, when there was much greater regional variance in the quality and the number of years of schooling than exists at the present time.
[It continues with data from WW2 testing, which mostly removed this pattern]

The chief achievement of Chisala is to present a mostly non-moralistic argument in long form for popular audience and sparking a lot of debate. This is a nice contribution, debate is good. But he never bothered to follow up with more serious work. In fact, Chisala appears to have published 0 academic work.

Chanda wasn’t too pleased with this post, so he sent me a long email to express his view and argue against the above. With his agreement, I post his email here, so readers can judge for themselves.