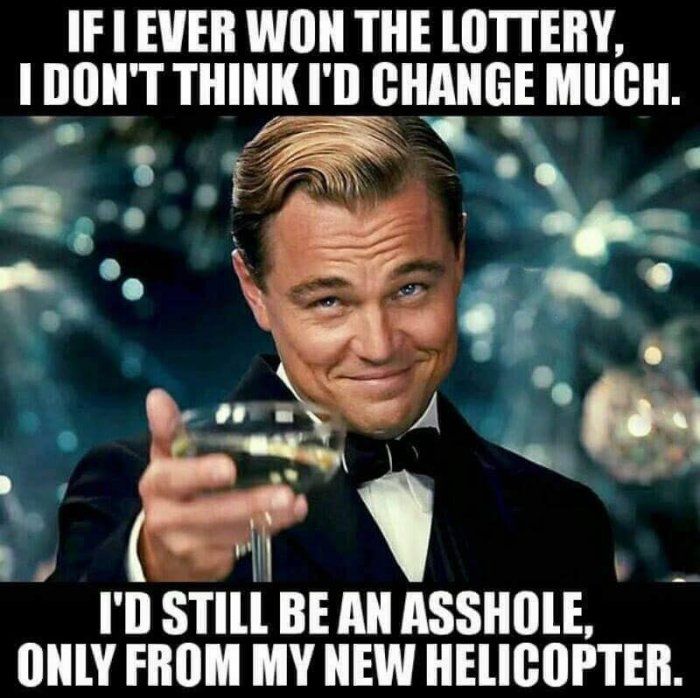 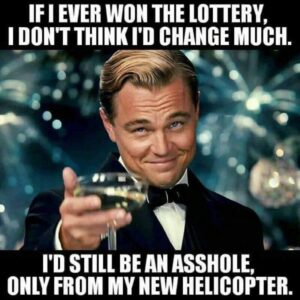 In science, we are generally mostly interested in causal relationships because these are the ones that matter. Causality is generally defined in terms of counter-factuals: if things were such and such, or had been such and such, things would be such and such (instead). One can formalize this reasoning with the do-operator and related methods from Judea Pearl (see Book of why review).

In practice, though, we do not generally have the ability to just perform an experiment where we randomly change some parameter of a system to see how it affects things. Instead, we try to rely on various ‘non-randomized’ data to figure out things. This isn’t so easy usually, because of the numerous complex causal relationships between things we are interested in, and even these are disputed. Say we want to know what the effects of having more money are. We know many things about people who have a lot of money, but which of these things are caused by the amount of money, and which were caused by something else, perhaps the same things that caused them to get money to begin with? It would be great if we just randomly allocated a lot of money to some people, and maybe randomly took a lot of money from some other people. Well, we do this, the first anyway: lotteries. In recent years, there have been a lot of studies on these lottery winners, sometimes using register data, which has no drop-out biases. Below are some lottery studies I came across and were interesting.

Gregory Clark describes one famous study in his book The son also rises:

If social status is largely transmitted through inherited genes or familial cultures, then shocks to wealth should have a much smaller effect on social sta­tus over generations than wealth that is gained through some inborn higher level of social competence. It is difficult, however, to find instances of random shocks to wealth that are uncorrelated with the characteristics of recipients for which we can observe the effects on the next generation. In an interesting and ingenious study, Hoyt Bleakley of the University of Chicago and Joe Ferrie of Northwestern University document one such random shock to wealth and its generational consequences. The removal of the Cherokee from the eastern part of the United States, following the passage of the Indian Rem oval Act of 1830, opened up for distribution large parcels of land in northwest Georgia. The state of Georgia organized a lottery to distribute eighteen thousand 160-acre parcels of land in Cherokee County in 1832.

Adult males resident for at least three years in Georgia were eligible to one draw in this lottery, and almost all eligible men entered. The winners consti­tuted just under one-fifth of the adult male population. The parcels of land had an average value equal to the median wealth in Georgia by 1850. Further, the land could be immediately sold: the winners did not need to take possession themselves or to homestead their property. So the lottery prize was equivalent to a large cash transfer (equivalent to nearly $150,000 today) to a random selec­tion of adult males in Georgia.

Tracking winners and their sons through the United States censuses of 1850, 1870, and 1880, Bleakley and Ferrie show, first, that by 1850, winners were indeed richer on average than losers. The value of the allotted land by then averaged $900, and the average wealth of winners was $700 higher than that of losers. So the win­ners were able to retain much of the benefit of winning for at least some years

The comparative wealth of the children of lottery winners and losers is harder to estimate precisely; data on children’s wealth are available only for 1870. Wealth is not statistically significantly higher for lottery winners’ children, but the variance is so great that we cannot rule out the possibility that the wealth gains from the lottery were indeed transferred to the children. W hat we do ob­serve is that a substantial shock to wealth alone did little to change the social status of families in nineteenth-century Georgia.

Does the lack of wealth constrain parents’ investments in the human capital of their descendants? We conduct a nearly 50-year follow-up of an episode in which such constraints would have been plausibly relaxed by a random allocation of substantial wealth to families. We track descendants of participants in Georgia’s Cherokee Land Lottery of 1832, in which nearly every adult white male in the state took part. Winners received close to the median level of wealth—a large financial windfall orthogonal to participants’ underlying characteristics that might have also affected their children’s human capital. Although winners had slightly more children than did nonwinners, they did not send them to school more. Sons of winners have no better adult outcomes (wealth, income, literacy) than the sons of nonwinners, and winners’ grandchildren do not have higher literacy or school attendance than nonwinners’ grandchildren. We can reject effects implied by the cross-sectional gradient of child outcomes by paternal wealth. This suggests only a limited role for family financial resources in the formation of human capital in the next generations in this environment and a potentially more important role for other factors that persist through family lines.

There is another replication, of sorts, for this. After the US civil war, the southern states outlawed slavery. This caused a lot of people who were previously wealthy slaveholders to now be quite a bit less wealthy. However, it would seen that the families of wealth tended to quickly regain a lot of their wealth. They returned to their set-point to some degree, showing they were rich for more internal reasons. Wealth ran in their veins. (Tweet, Ager et al 2019.)

See also this great talk on work in progress by Greg Clark, given at the International Society for Intelligence Research’s conference in 2018.

Objective To evaluate whether changes to unearned wealth from lotteries are associated with long-term health behaviors and overall health.

Design, Setting, and Participants In this quasi-experimental cohort study, 4820 participants (aged 18-70 years at the time of winning) in 3 Swedish lotteries were surveyed from September 1, 2016, to November 11, 2016, between 5 and 22 years after a lottery event. Outcomes of participants in the same lottery who were randomly assigned prizes of different magnitudes by the lotteries but were ex ante identical in terms of their probability of winning different prizes were compared. Data were analyzed from December 22, 2016, to November 21, 2019.

Exposures Lottery prizes ranged from $0 for nonwinning players to $1.6 million.

So money does not have a notable effect on your health or health behaviors.

We use administrative data on Swedish lottery players to estimate the causal impact of substantial wealth shocks on players’ own health and their children’s health and developmental outcomes. Our estimation sample is large, virtually free of attrition, and allows us to control for the factors conditional on which the prizes were randomly assigned. In adults, we find no evidence that wealth impacts mortality or health care utilization, with the possible exception of a small reduction in the consumption of mental health drugs. Our estimates allow us to rule out effects on 10-year mortality one sixth as large as the cross-sectional wealth-mortality gradient. In our intergenerational analyses, we find that wealth increases children’s health care utilization in the years following the lottery and may also reduce obesity risk. The effects on most other child outcomes, including drug consumption, scholastic performance, and skills, can usually be bounded to a tight interval around zero. Overall, our findings suggest that in affluent countries with extensive social safety nets, causal effects of wealth are not a major source of the wealth-mortality gradients, nor of the observed relationships between child developmental outcomes and household income.

Money does not affect your kids in a notably way.

We surveyed a large sample of Swedish lottery players about their psychological well-being 5–22 years after a major lottery event and analysed the data following pre-registered procedures. Relative to matched controls, large-prize winners experience sustained increases in overall life satisfaction that persist for over a decade and show no evidence of dissipating over time. The estimated treatment effects on happiness and mental health are significantly smaller. Follow-up analyses of domain-specific aspects of life satisfaction implicate financial life satisfaction as an important mediator for the long-run increase in overall life satisfaction.

So, money can make you more satisfied, but doesn’t have that large effect on happiness or mental health (as also seen above).