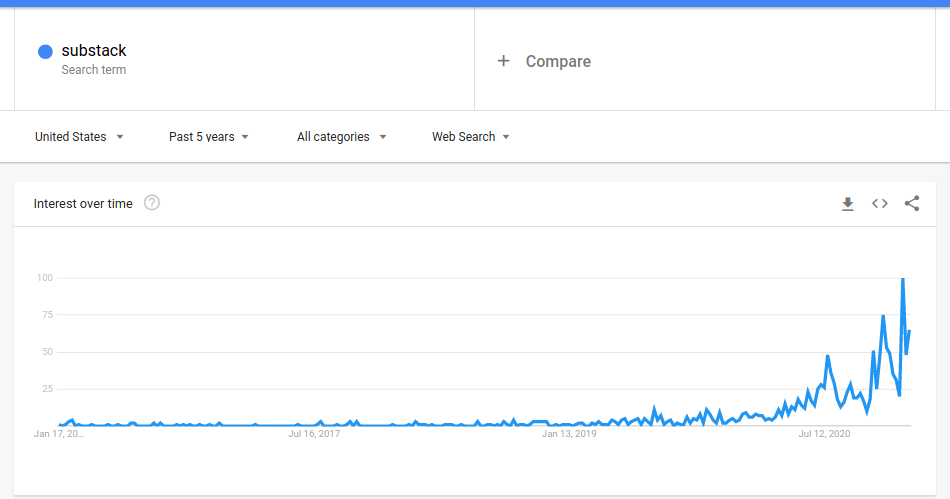 In the last year or so, there has been a notable growth in people using Substack. This platform is essentially a platform for subscription blogs, where one can opt-in to pay the author some monthly/yearly amount. Usually though authors have a free option as they are more interested in influence and readership growth than monetization. Substack itself has so far essentially no Woke censorship, so one can actually find interesting people writing about interesting — meaning controversial — topics there. In a historical perspective, this presents a sort of revival of the blogging culture of the 2000-2010s. Blogging culture was mostly killed by microblogging culture, chiefly Twitter, but also Facebook feeds being converted into blogs of sorts. With the growing censorship and boomerfication of these blogposts, they became less suitable for blogging. Similarly, because dissidents often get fired, they need income streams, and since the usual donation services, chiefly Patreon, also have Woke censorship in place, dissidents are looking for more stable options. Seen in this history, Substack is essentially a combination of WordPress and Patreon, so far without much censorship. The default method to reach people is to email them, but of course, one can also rely upon word of month and the usual links sharing on Twitter and Facebook.

Given the revival of blogs, it seems in place to do an updating listing of blogs that I follow, with focus on recent Substack ones. I use Feedly to keep track of what to read. Feedly is presumably a central point of attack for Woke activists. Looking through their Twitter feed, I don’t see a lot of signaling, but there is some. So, maybe it will be alright for some years more. I just install Feedly on my phone and tablets, and then read blogposts whenever there is some idle time.

A 2019 listing on HBD-centered blogs is here.