We often use the 0-10 scale to rate people for various things, but especially attractiveness. 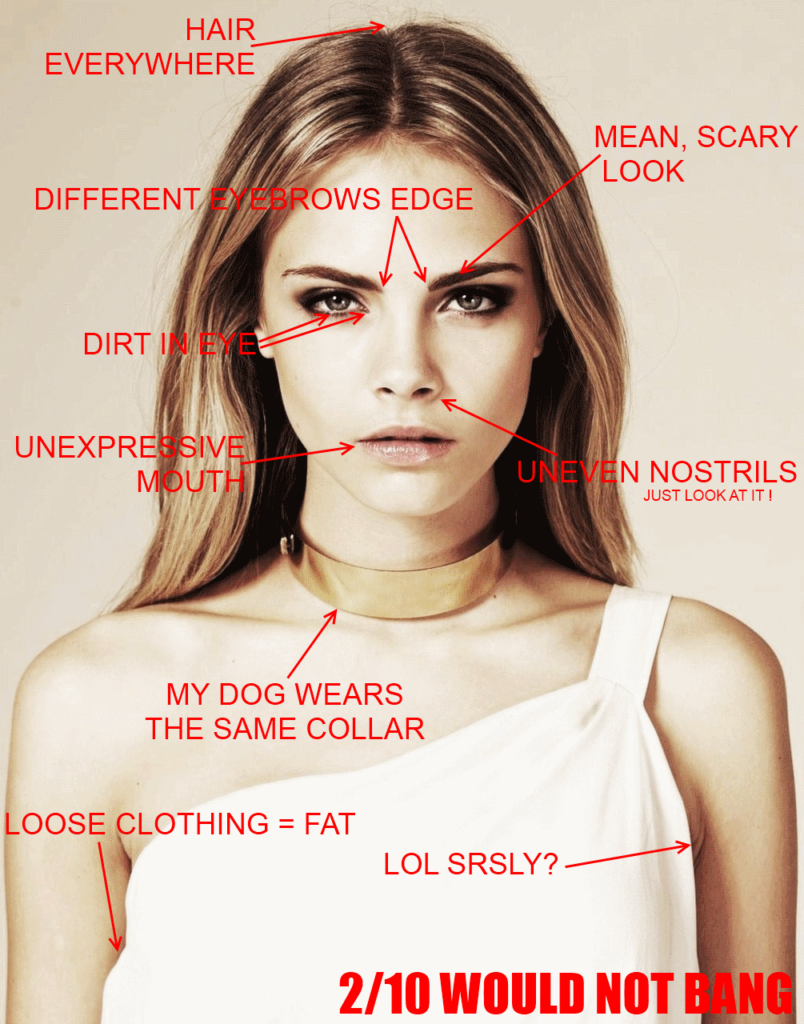 But what do people really mean when they say someone is an 8 out of 10? How does that correspond to the distribution of attractiveness? We can probably assume that attractiveness is roughly normally distributed. (I am aware the OKCupid results show something different for women’s ratings, but I think these does not reflect reality.) Here’s some results from a random paper I just found: 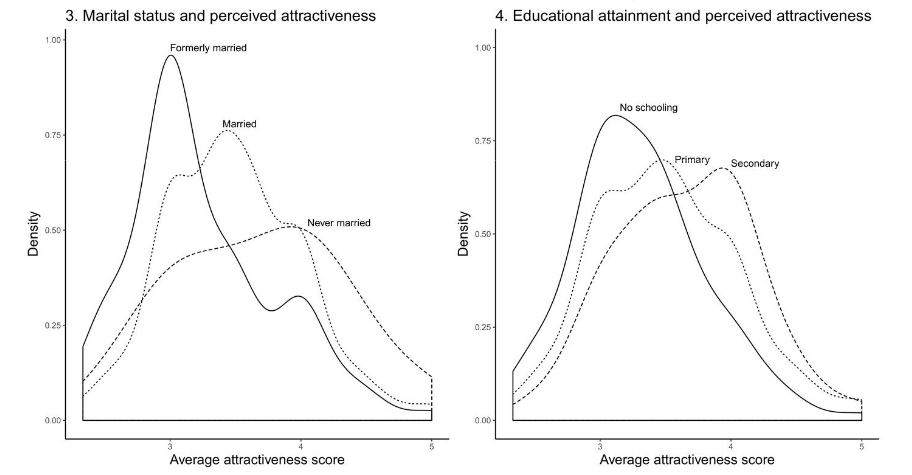 It is pretty difficult to find papers that just give you some distribution plots. Believe it or not, the first study I found of real people is based on an HIV study of rural Malawians. Anyway, we see that the distributions are pretty normal when split by education, and the overall distribution would be even more normal. The marriage-status distributions is affected by age, so somewhat odd looking. 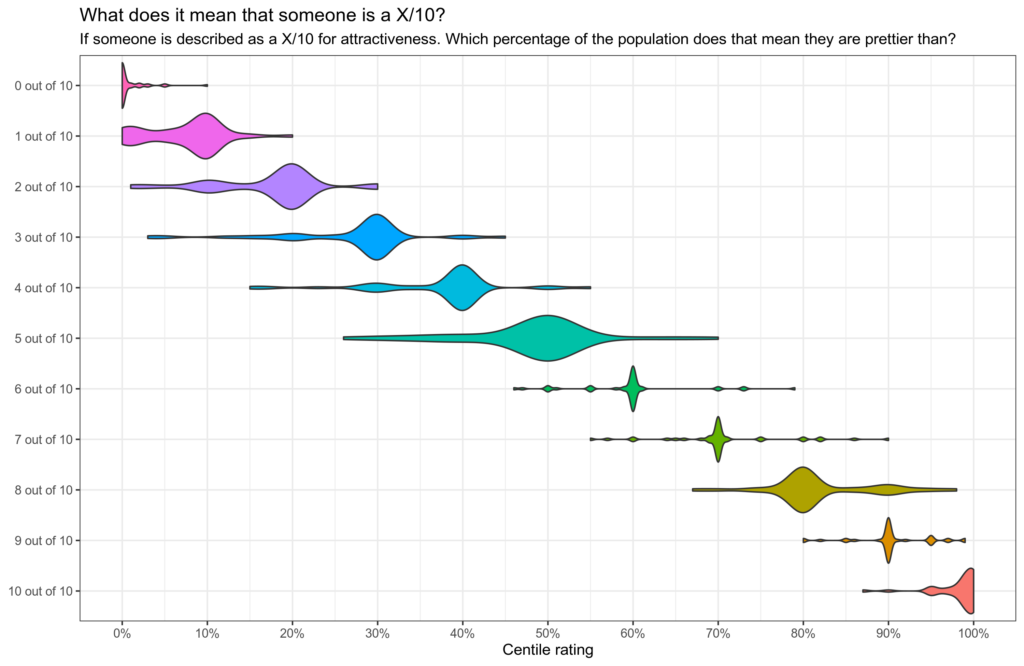 So we see that the medians are almost spot on for a simple linear interpretation (i.e., multiply by 10). The only exception is that 10/10 is 99th centile, not 100th. But there is some disagreement. At least one person thinks that 8/10 is actually top 2% (98th centile).

Stereotypes: Women and chocolate, is the stereotype true?

Roy F. Baumeister – Is There Anything Good About Men?