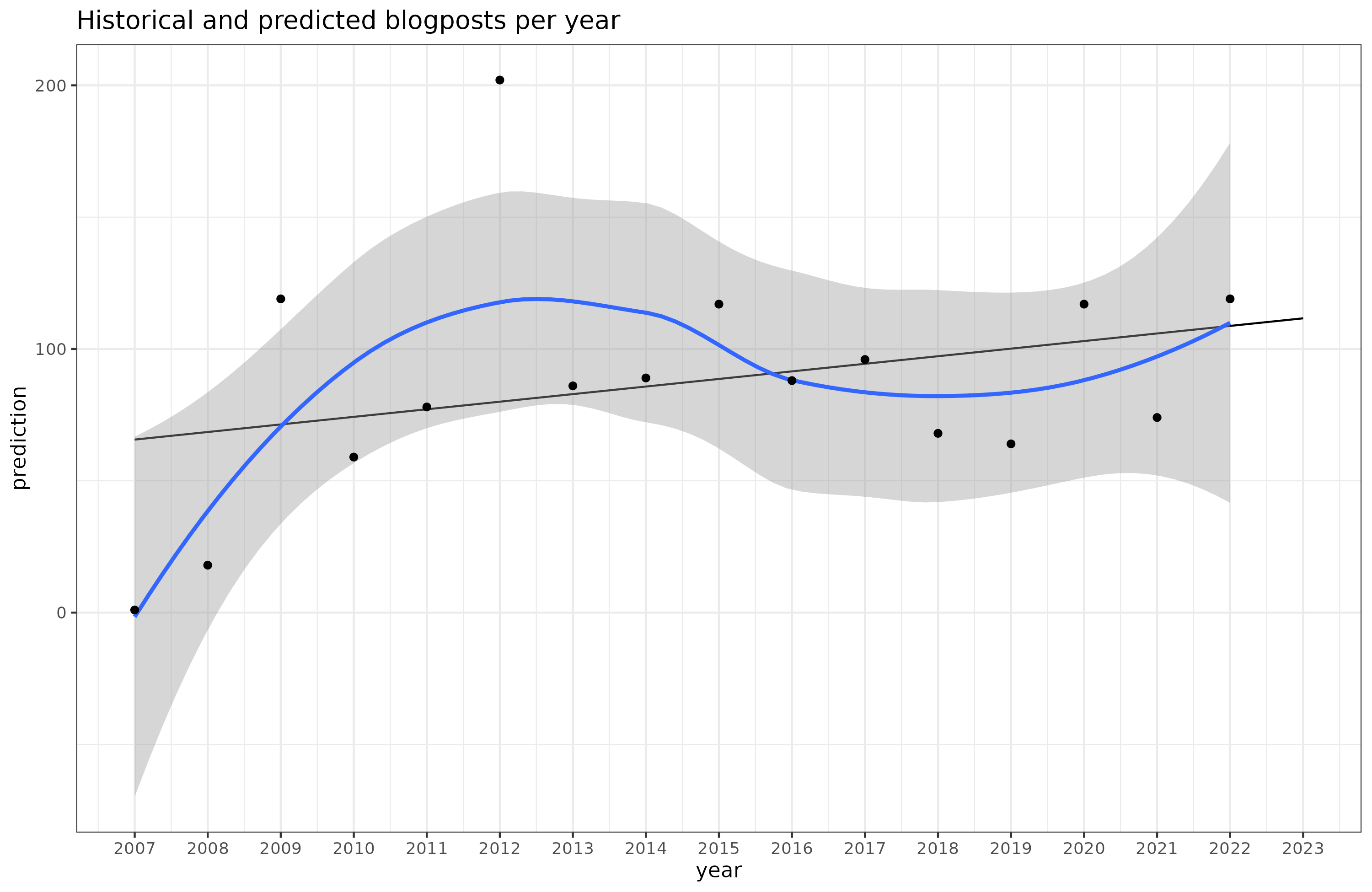 It’s a bit difficult to say whether optimizing for points per question is the best one can do. It seems this encourages playing a lot of long-running questions with almost sure chances (1% or 99%), which often give a pay-out of some 100+ points. For instance, Ukraine war: will Russia take Kiev? It looked that way, but not for long: 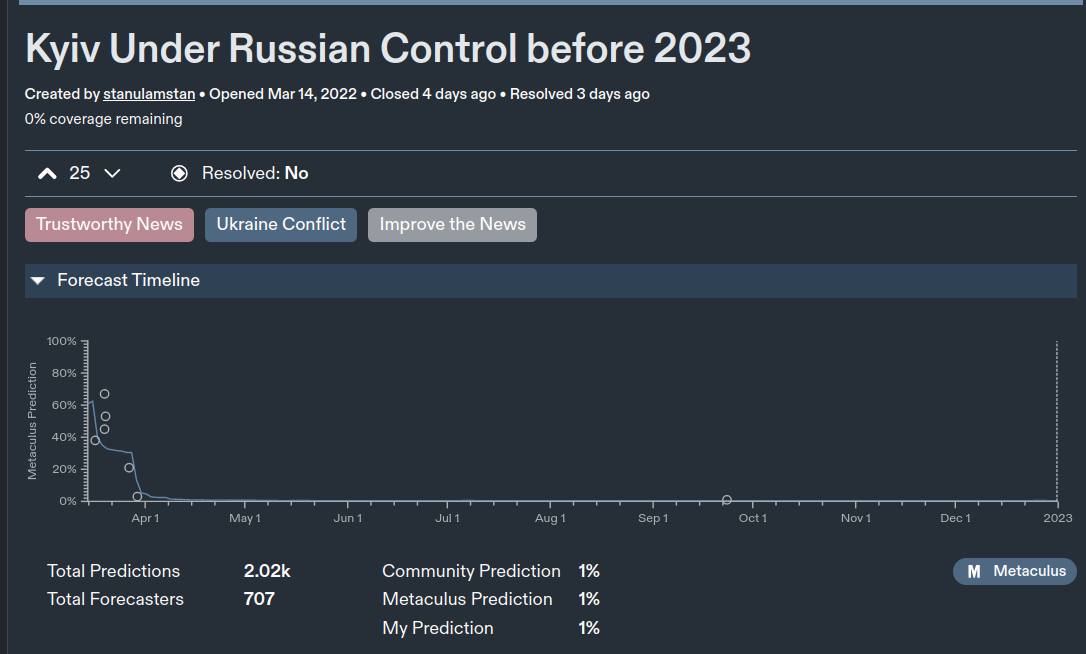 My predictions weren’t any good. I was first too positive for Russia, then switched to being a bit ahead of the curve giving them 1% chance. Still, this long-running question netted me 167 points.

Posting your to-read lists is all the rage due to some Lex Fridman tweet. Well, my list is 700+ books long, so I let’s not bother. Instead, these are the books I read in 2022:

Overall, I am happy enough with this. However, I actually want to read fewer books in 2023 because writing content — and doing science! — is more important than reading books. I feel like I sometimes read mediocre relatively short books to satisfy the arbitrary yearly goal, so I’m going to lower the goal next year to 30.

I somehow forgot to actually make my prediction on Metaculus (oops), and apparently I didn’t blog the predictions either. Fortunately, I have my R notebook, so we can check:

I went with the linear model, which predicted 112 blogposts. The real number was 119, so I am pretty happy. 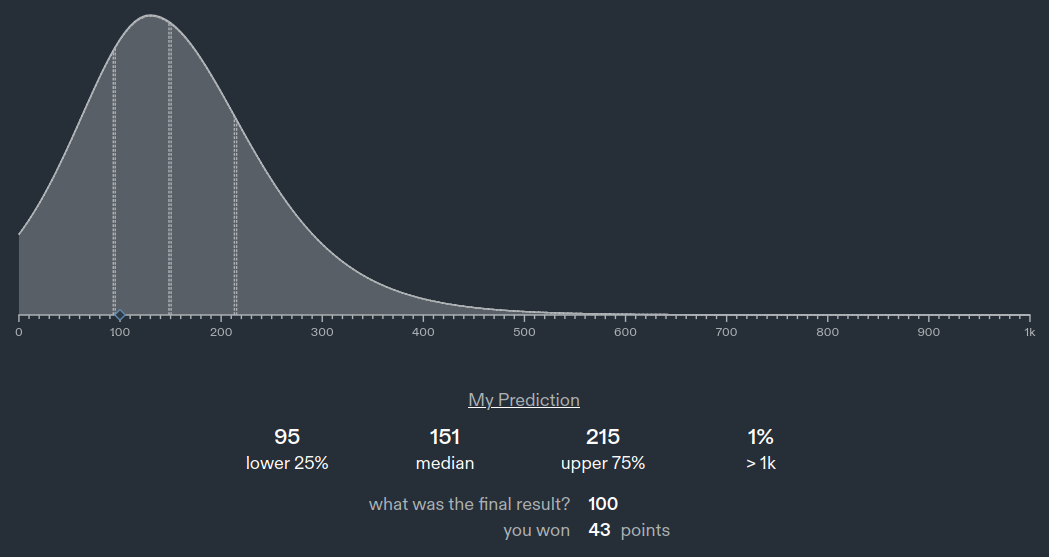 Predicted 95-215, and I got 100. Well, because Google Scholar counts are a bit delayed, this is maybe on the low side of the final value so maybe it will be 110 or something. In fact, between yesterday and today, it increased from 100 to 102. Still, less than my median estimate. 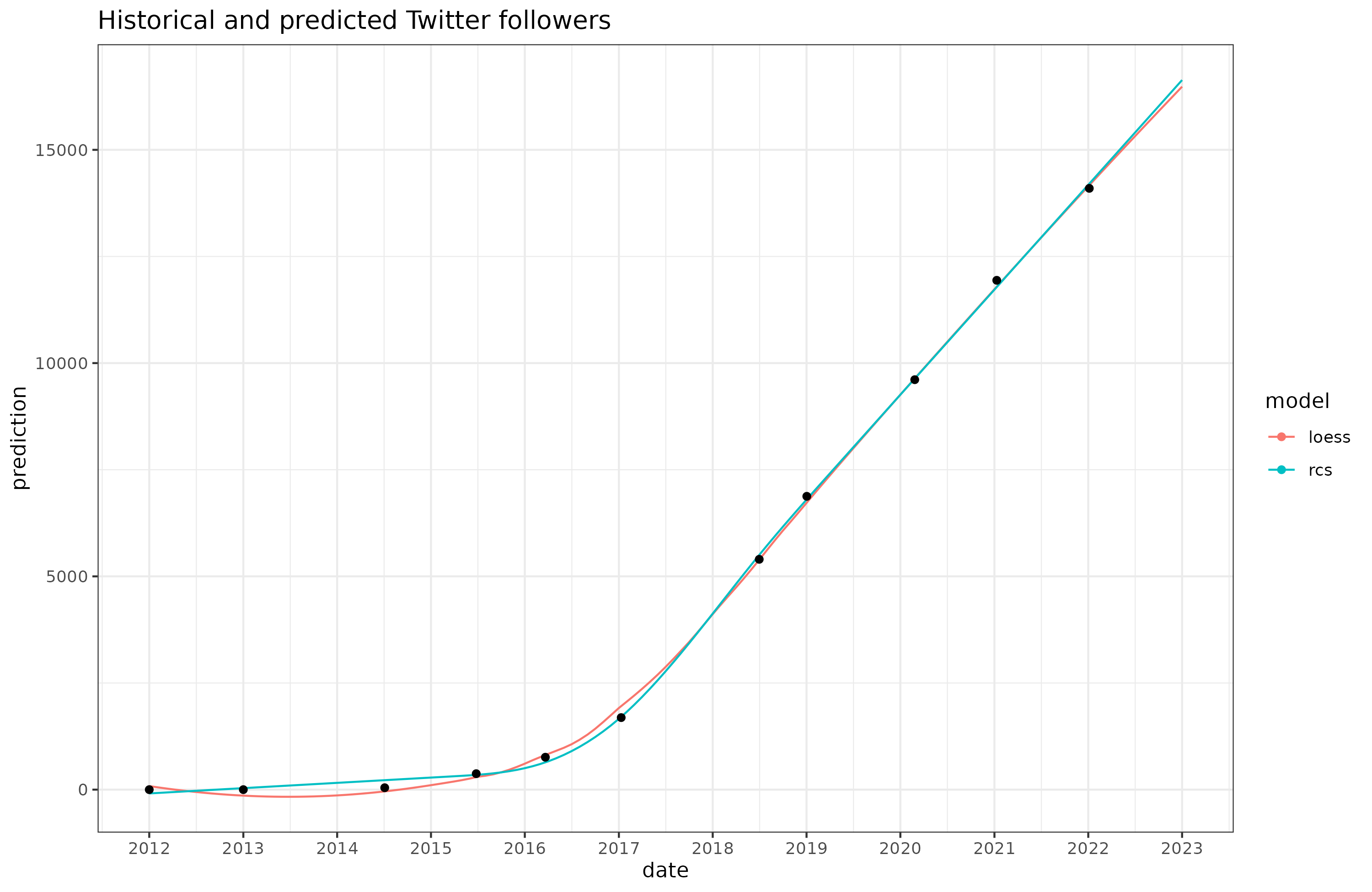 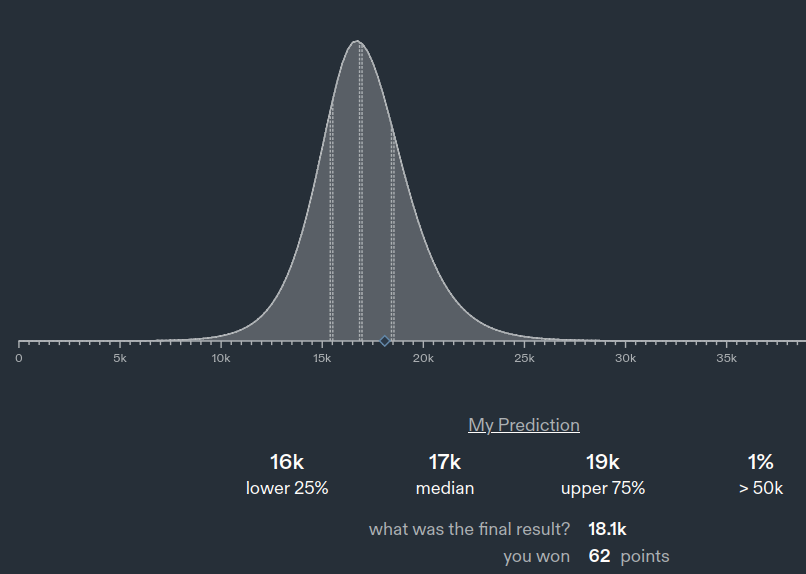 So I ended up growing a bit faster than expected, about 1000 more. This is probably due to Elon Musk’s takeover which prompted more right-wing users to return and undid some bannings.

Honestly, I don’t spend much time doing Youtube. I don’t really like the medium, but I know many of you do. Data is a bit spotty, but looks like this: 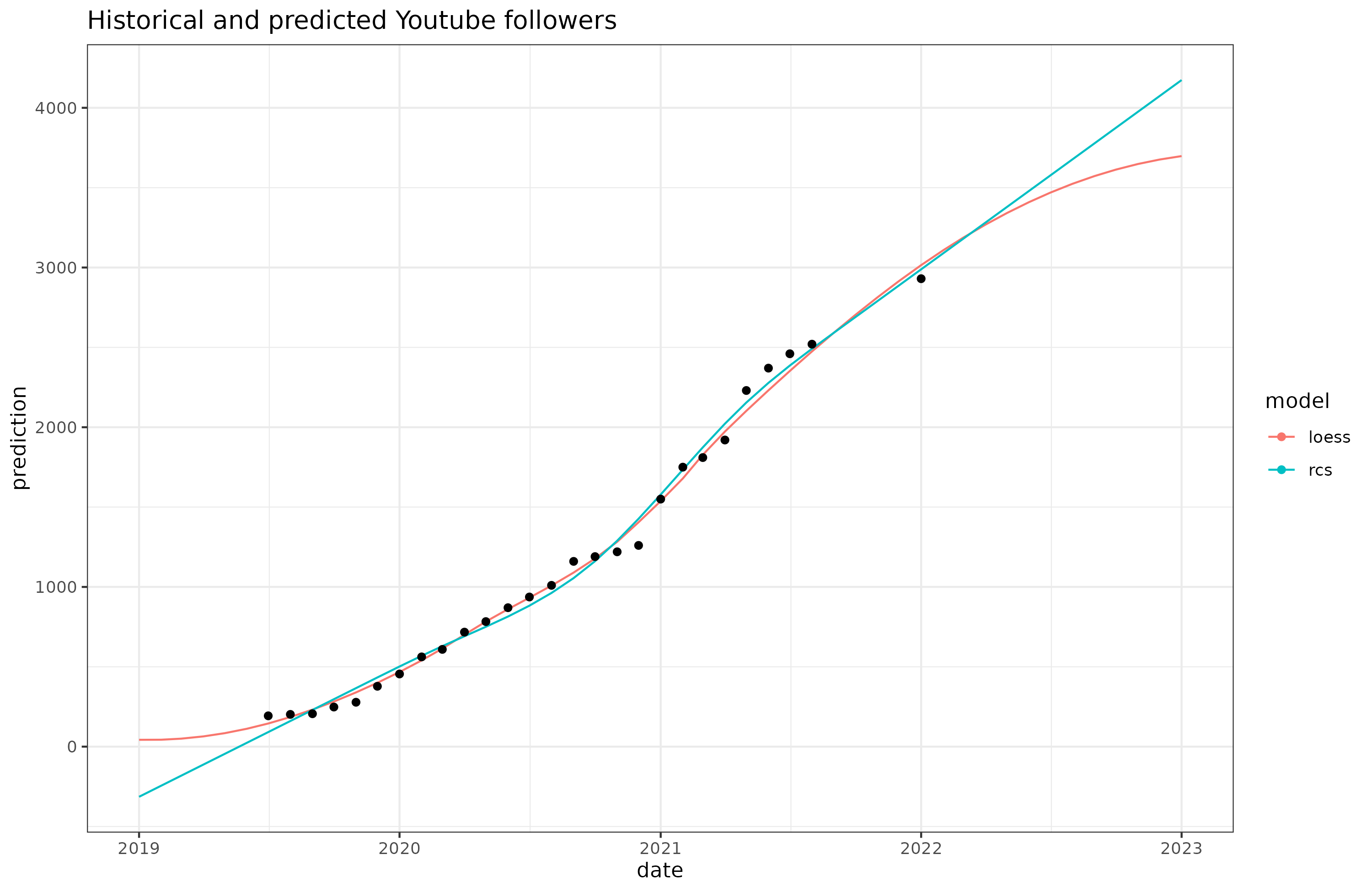 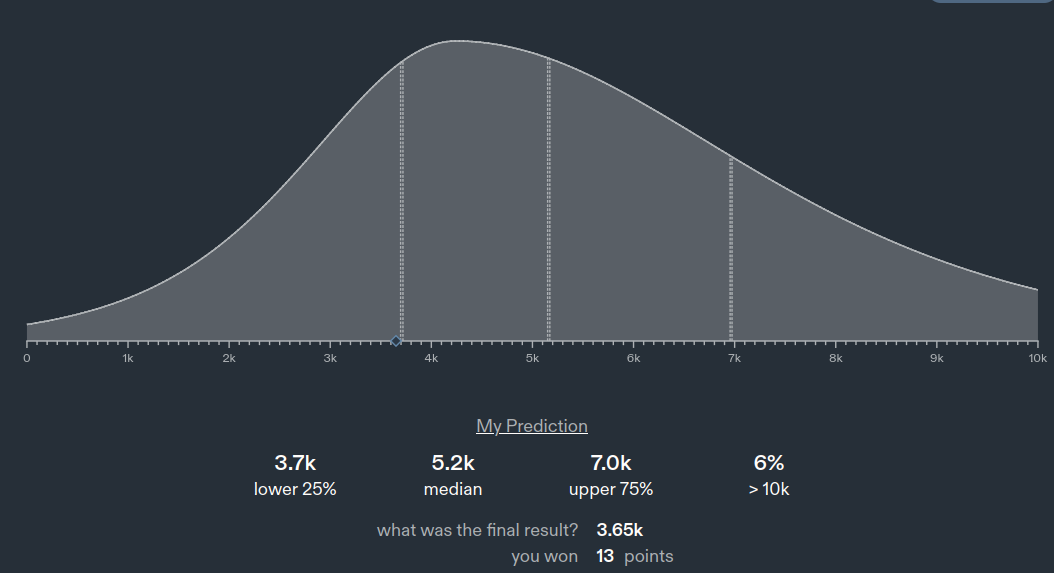 So the forecast was kinda bad. I didn’t really go on a lot of big shows, so growth was slower than expected.

This one is a kind of attention measure to my works. It’s highly susceptible to random media attention and viral tweets. Forecast: 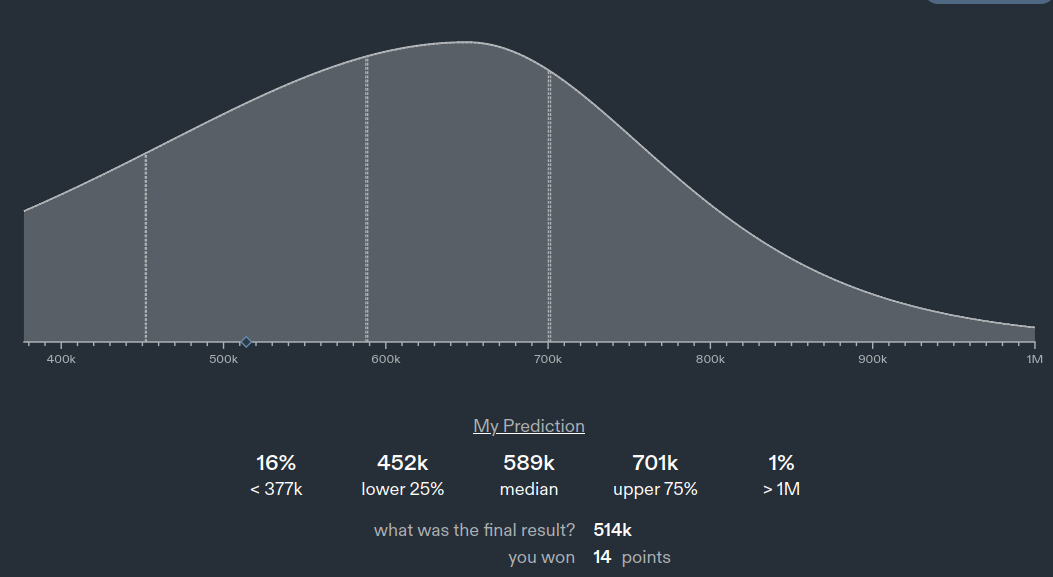 Forecast wasn’t great because too uncertain, but still a positive score. 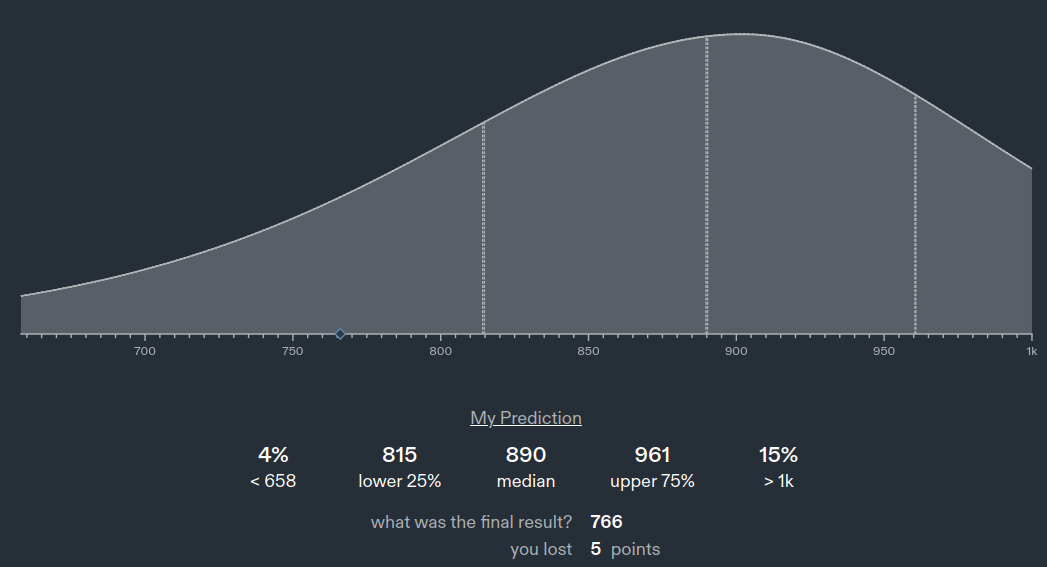 The worst forecast so far! 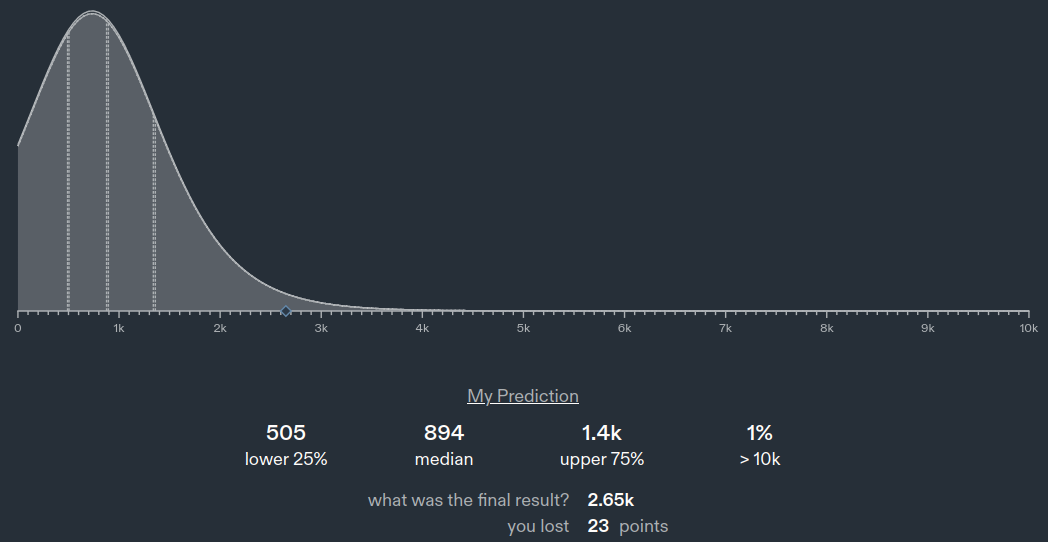 This one failed hard, but in a good way! 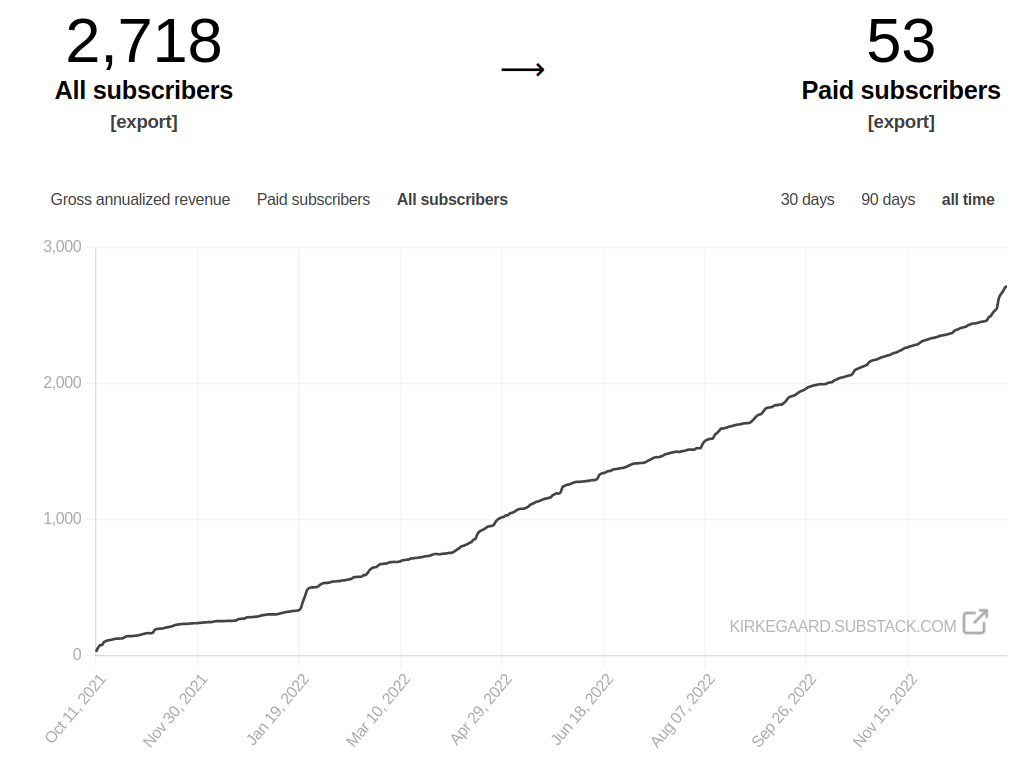 Using the same models as before with the new data, we can derive these predictions: