From the interactive visualization I previously published to give foster an intuitive understanding of the concept:

Tail effects are when there are large differences between groups at the extremes (tails) of distributions. This happens when the distributions differ in either the mean or the standard deviation (or both), even when these differences are quite small. Below we see a density plot of two normal distributions with different means as well as a threshold value (vertical line). The table below the plot shows various summary statistics about the distributions with regards to the threshold. Try playing around with the numbers on the left and see how results change.

One of the pleasures of reading a very broad selection of science is that one discovers connections between fields that are not commonly connected. Sometimes these connections may give rise to important new inter-disciplinary fields or understanding, sometimes it just gives you a nice feeling of seeing the same concept in different circumstances.

Tail effects are often discussed in differential psychology because of the continued interest in group differences. These can be in whatever trait: cognitive, interest, emotional, personality-wise, and with whichever groups: social, economic, gender or racial. However, tail phenomena is more general than group differences, the two distributions can be any kind of data, including the same data from different times.

In the last year or so I have taken an increased interest in climate science. The reason is basically this, and that science denialism annoys me and incentivizes me to explore a new area of science. In fact, the whole reason I got started on science in general was that I was debating with creationists on a forum. Debating creationists effectively actually requires a fairly broad knowledge of science and philosophy. One must understand enough physics and chem. to explain how radiometric dating works, enough cosmology to explain facts related to the big bang, enough geology to explain plate tectonics, enough geology and paleontology to explain the distribution of fossils, enough evolutionary biology and genetics to explain the general ideas of evolution, and finally enough philosophy (logic, critical thinking, epistemology, philosophy of language) to spot logical errors, language and debating tricks. It isn’t exactly easy. Just listing all these areas took a number of minutes, reading the Wikipedia articles will take many hours.

Anyway, since I had been debating climate skeptics recently on a Danish-language conservative-libertarian-nationalist news aggregator, I have encountered many odd claims, which require a fairly deep knowledge of various various of climate science. E.g. to explain the facts related to Climategate, one needs an idea of temperature reconstruction with tree rings and their dating, scientific graphing, and the methods used to combine the data (principal components analysis, another method from psychometrics :) ). An issue that sometimes comes up is extreme weather. Since there was some discussion of this, including the very definition, I decided to find a review article:

The following visual explanation of extreme weather is found in the paper: 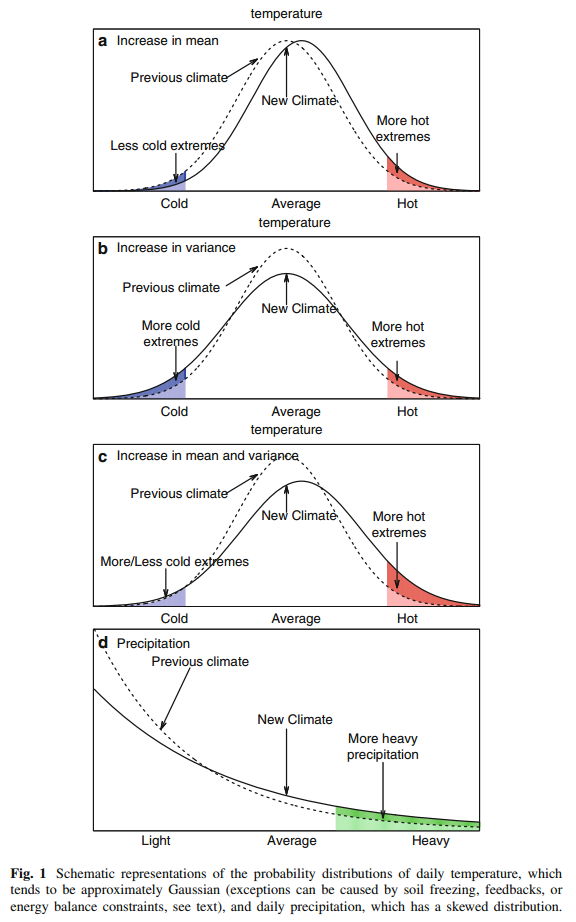 Which showcases the general applicability of the concept. :)

Understanding restriction of range with Shiny!

Who prefers to date people of their own race?