I’ve decided to re-do my old and not too well done 2013 study. It goes like this, for multiparty democracies:

Apparently, there’s very little academic research on how works, so I collected some data years ago. I found a correlation of about -.50 between election thresholds and number of parties in parliament. Looks like this. 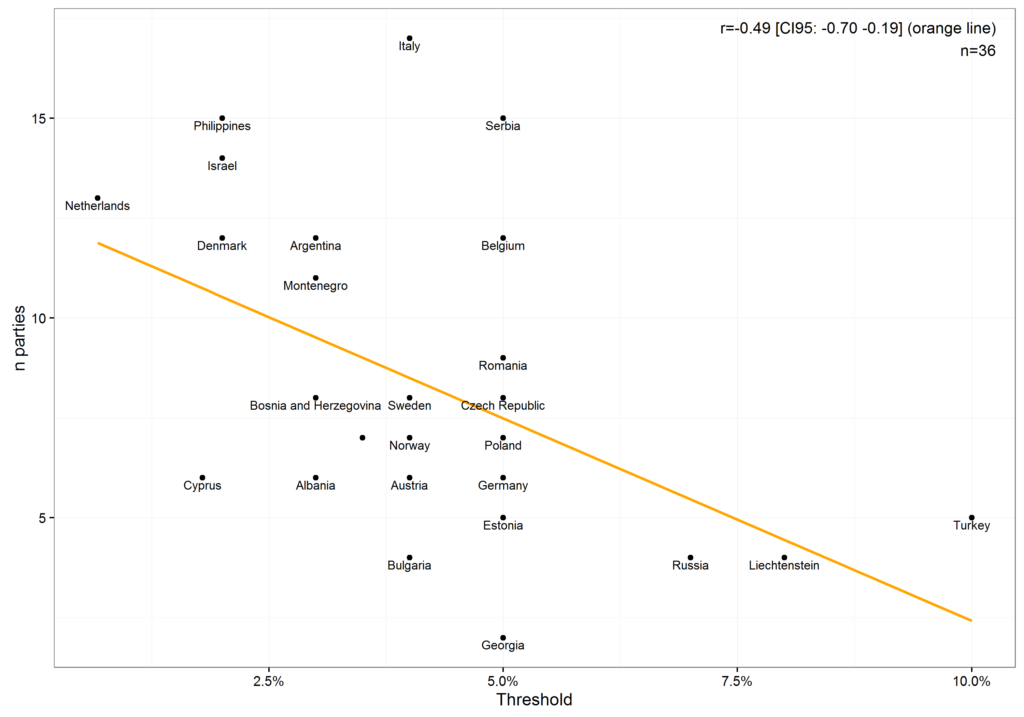 This was all done using sketchy Wikipedia data, so it must be redone. I also failed to realize the number of seats in parliament was a confounding factor.

So I’m looking for collaborators who can fill in data for countries. I’ve prefilled the sheet with Wikipedia data. But more is needed for a reliable dataset:

It’s not easy to collect this data because of the many languages, so it’s a crowdsourcing project. Finding the laws and exact § even if one speaks the language often isn’t easy.

In many cases, judgments must be made because voting systems vary quite a bit. There’s also the question of how to deal with independents. I counted them as 1 party before, but perhaps that’s the wrong approach. Many countries use two-set systems where the national parliament is made up of members or delegates from regional parliaments. Complicated…

If you want to help, send me an email or send me your email on Twitter. Note which languages you want to cover.

So far, have people covering:

So, need everything else.