I have only been able to find one fairly detailed dataset of immigrant performance in the Netherlands (covered in this study). It found the usual things, but with much uncertainty because the numbers were old (fewer immigrants back then → sampling error), covered a single year only (sampling error) and there was only one kind of outcome, crime.

It has been a while since I looked for Dutch data. Today I took a very quick view because I’m going to try to purchase some detailed data to work with. On their website I found Annual Report on Integration 2016, so presumably there is one for every year. It’s in English and there’s a more comprehensive Dutch version too. Unfortunately, it does not cover more countries. [We also have one like that in Denmark, Indvandrere i Danmark 2016 (Immigrants in Denmark).] The report has a number of interesting figures, which unfortunately only cover a few select countries of origin. Here they are: 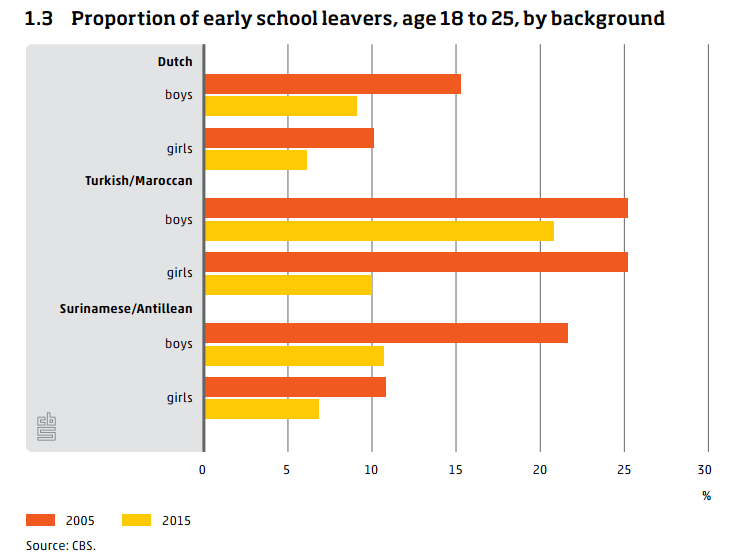 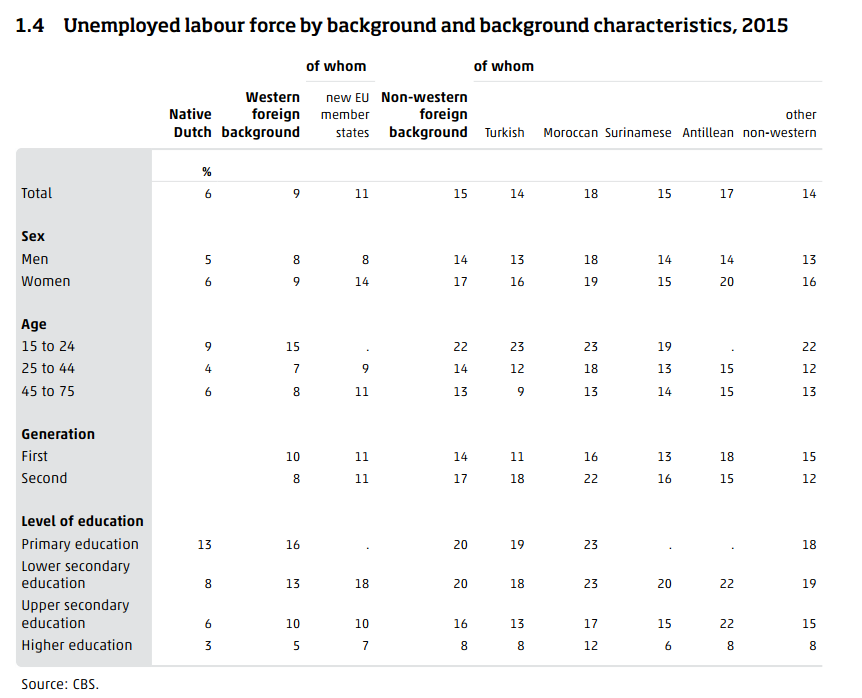 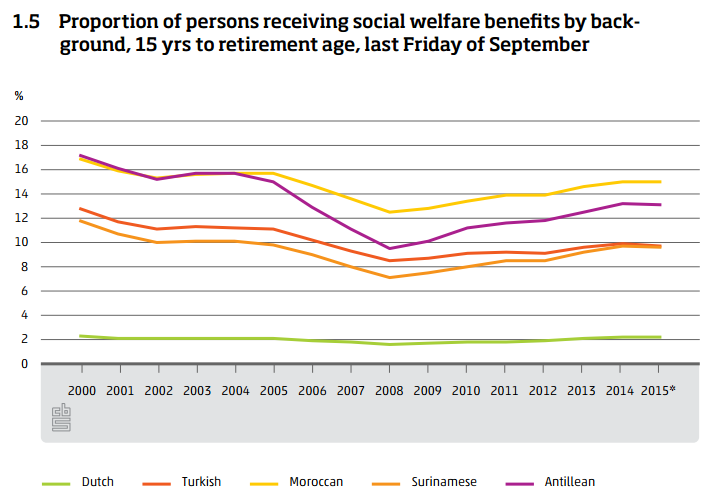 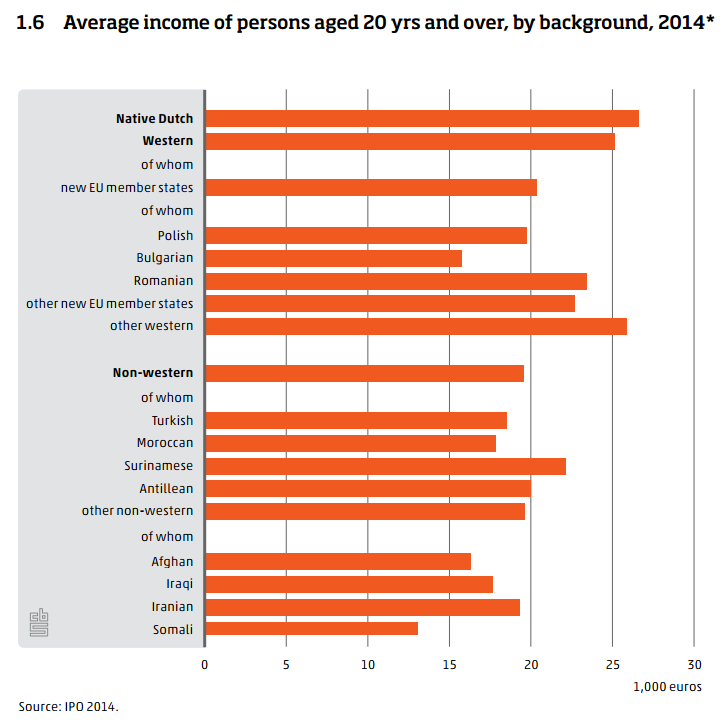 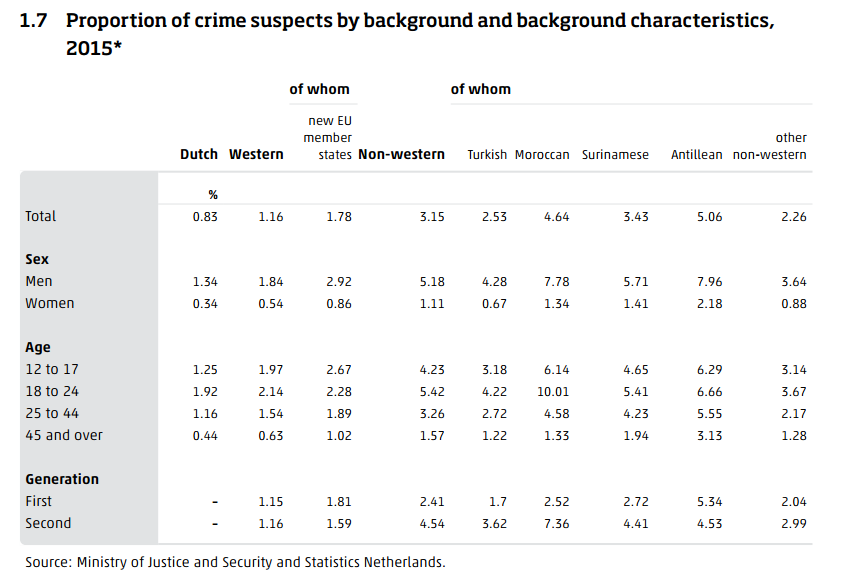 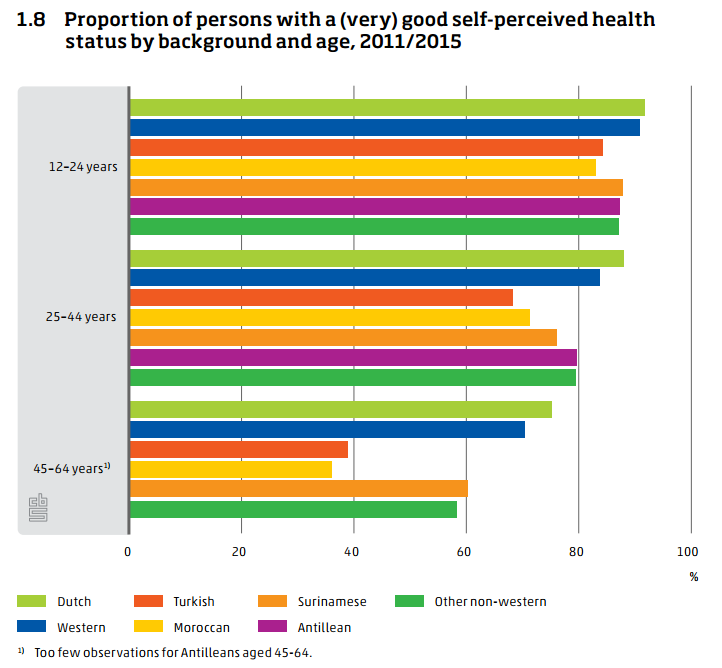 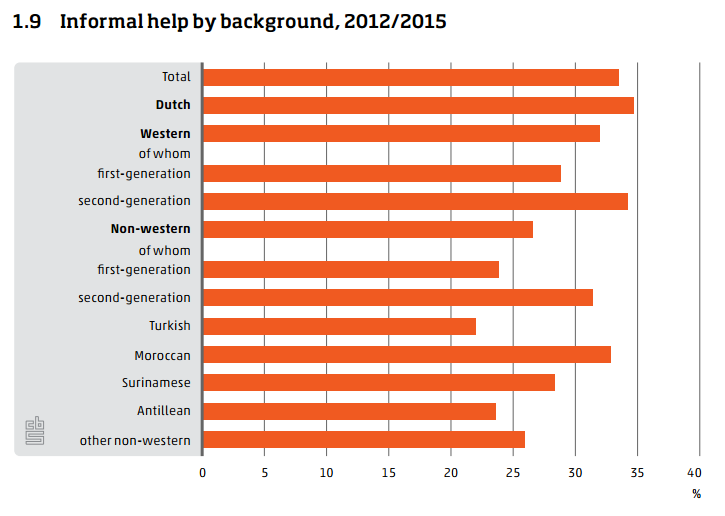 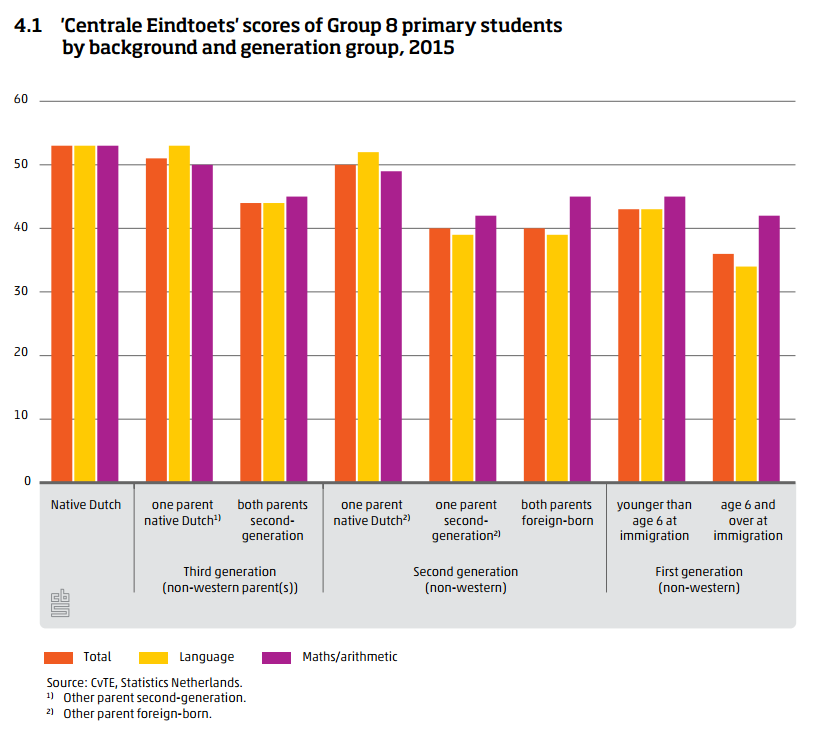