Cognitive ability of Westerners and non-Westerners: data from the Danish military draft

Because I was discussing this dataset with a friend, I decided to reexamine it. Examining this dataset was my first reviewed paper (Kirkegaard 2013). It was manually done in Excel with no statistical guidance. So I had to work out everything myself based on googling around for formulas. My first write-up was not very good, but the reviewers at Mankind Quarterly were very friendly and helpful, and eventually I managed to produce a write-up that’s half-way sensible.

I did not replicate all the analyses in R, just the main gap analysis. Did not find any errors, except possibly in the report the military published. The primary output are these two figures. 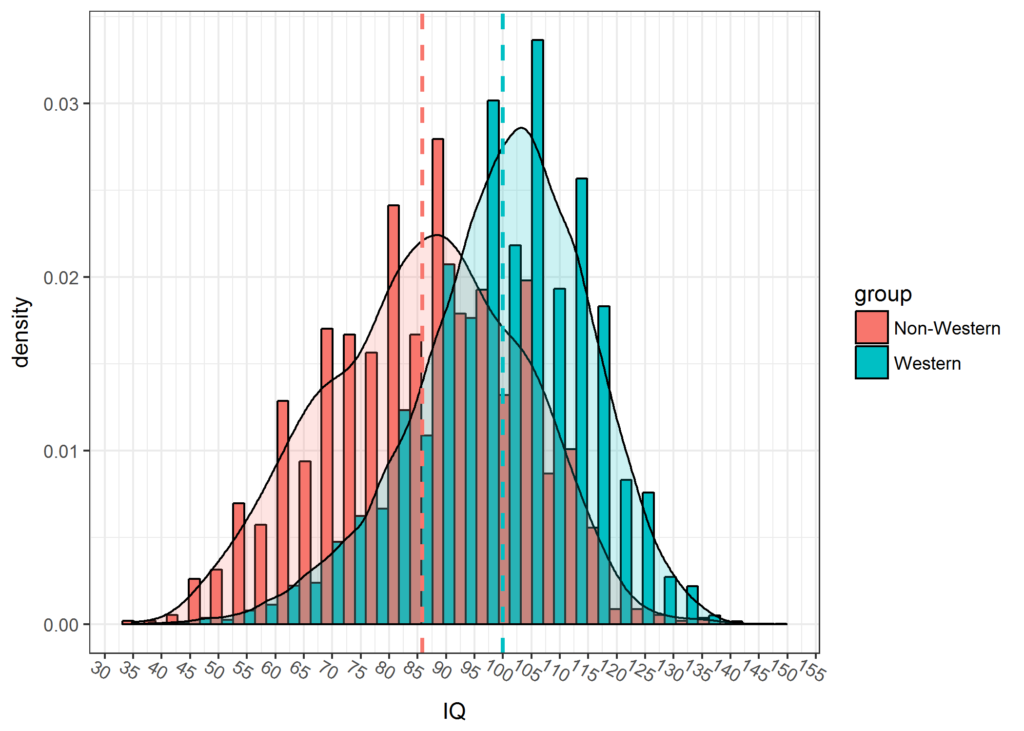 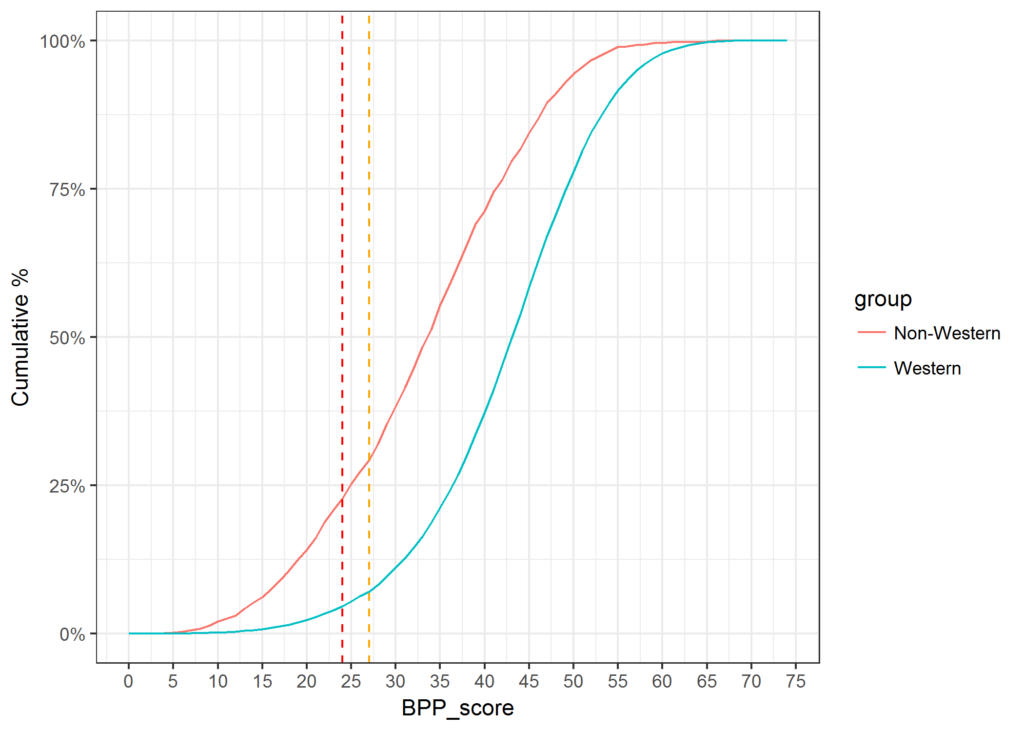 The first shows the distribution of scores, converted to the familiar IQ scale based on the Western subsample, with an assumed IQ = 100, SD = 15. Relative to this, the non-Westerns have a mean IQ of 86 and an SD of 17.1. As the paper showed, the gap size and the SD of the non-Western group was predictable from the country of origin composition of 18-19 year old men, which is presumably the population the draftees are sampled from.

The second shows the estimated cutoffs used to classify draftees as unsuitable and less suitable for service. The finding here is typical of those La Griffe du Lion produced, and which was extensively discussed by Jensen’s 1980 book.