A lot of people in my circles are skeptical about IPCC, probably as a general function of other insanity that these super-govt organizations tend to push. So I frequently hear stuff about how climate science can’t predict future correctly. The first IPCC (UN funded) report is from 1990 which gives us about 28 years since they were made, enough to get some idea of how well they have turned out. It makes the following predictions (as summarized by Wikipedia):

I have bolded some values of interest. These are made under the assumption of business as usual (BAU), which I think it is fairly fair to say the world has largely followed. Action taken mostly reflects NW Euros building wind mills, some polar panels, and shutting down nuclear plants (partly in response to Fukushima event). Under that, what does the increase in mean temperature look like since 1990? We can derive quantitative predictions from their values (28 years since 1990), namely: 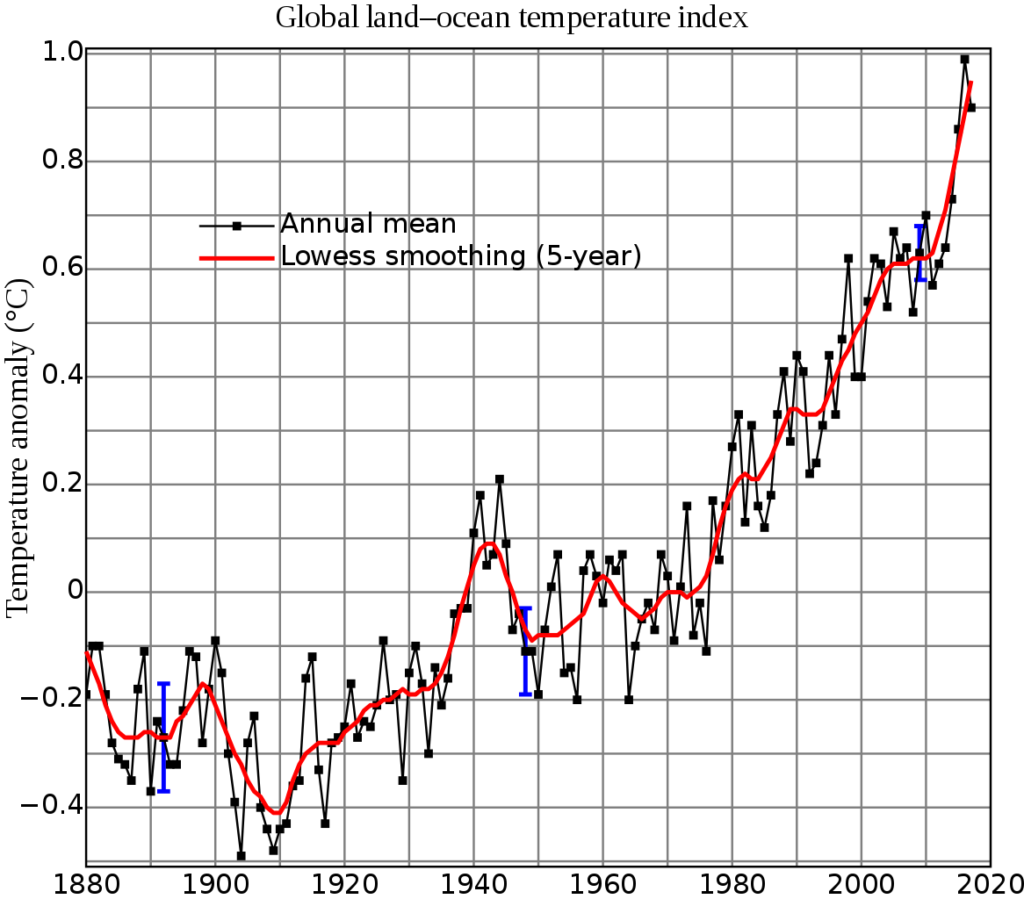 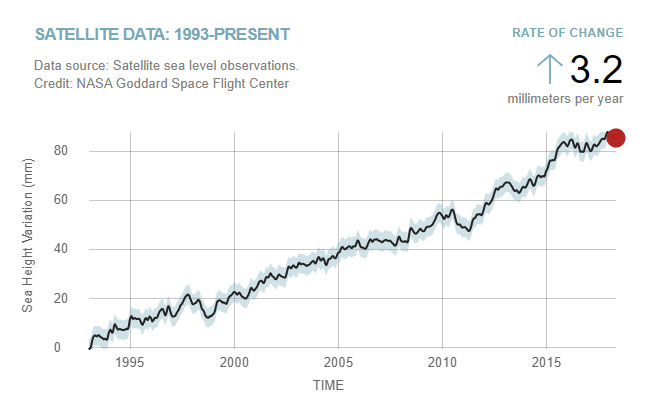 Plot itself calculates the average which was 3.2 mm/year, compared with IPCC’s estimate of 6. We’re missing a bit of early 1990s here, but it’s good enough. The gain is slightly above the lower bound of 3.

Thus, both quantitative predictions since 1990 have been confirmed, but they are on the low side. One could try to argue that we have been doing more than BAU, but it doesn’t seem to me to be the case. One could maybe quantify this if they gave some kind of measure for what constitutes BAU.