We estimated crime rates among 70 origin-based immigrant groups in the Netherlands for the years 2005-2018. Results indicated that crime rates have overall been falling for each group in the period of study, and in the country as a whole, with about a 50% decline since 2005. Immigrant groups varied widely in crime rates, with East Asian countries being lower and Muslim countries, as well as Dutch (ex-)colonial possessions in the Caribbean, being higher than the natives. We found that national IQ and Muslim percentage of population of the origin countries predicted relative differences in crime rates, r’s = .64 and .45, respectively, in line with previous research both in the Netherlands and in other European countries. Furthermore, we carried out a survey of 200 persons living in the Netherlands to measure their preferences for immigrants for each origin country in terms of getting more or fewer persons from each country. Following Carl (2016), we computed a mean opposition metric for each country. This correlated strongly with actual crime rates we found, r’s = .46 and .57, for population weighted and unweighted results, respectively. The main outliers in the regression were the Dutch (ex-)colonial possessions, and if these are excluded, the correlations increase to .68 and .66, respectively. Regressions with plausible confounders (Muslim percentage, geographical fixed effects) showed that crime rates continued to be a useful predictor of opposition to specific countries. The results were interpreted as being in line with a rational voter preference for less crime-prone immigrants. 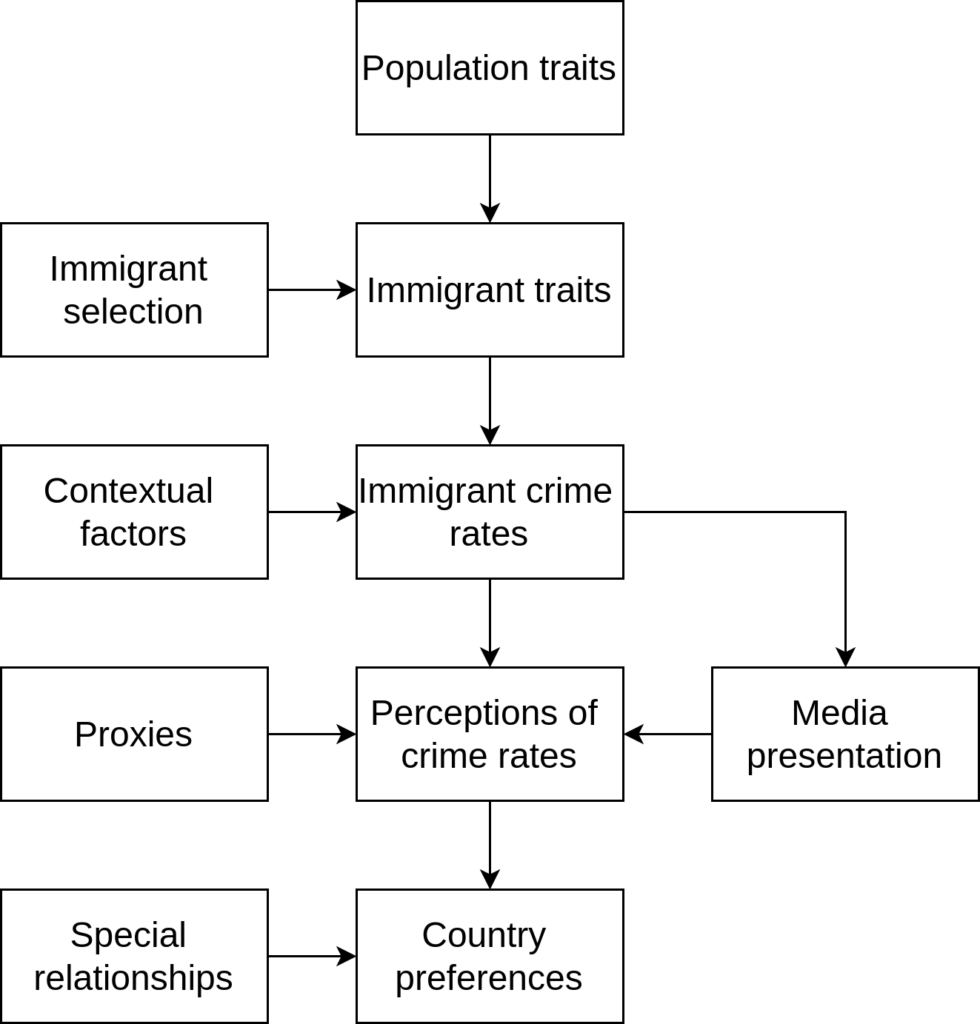 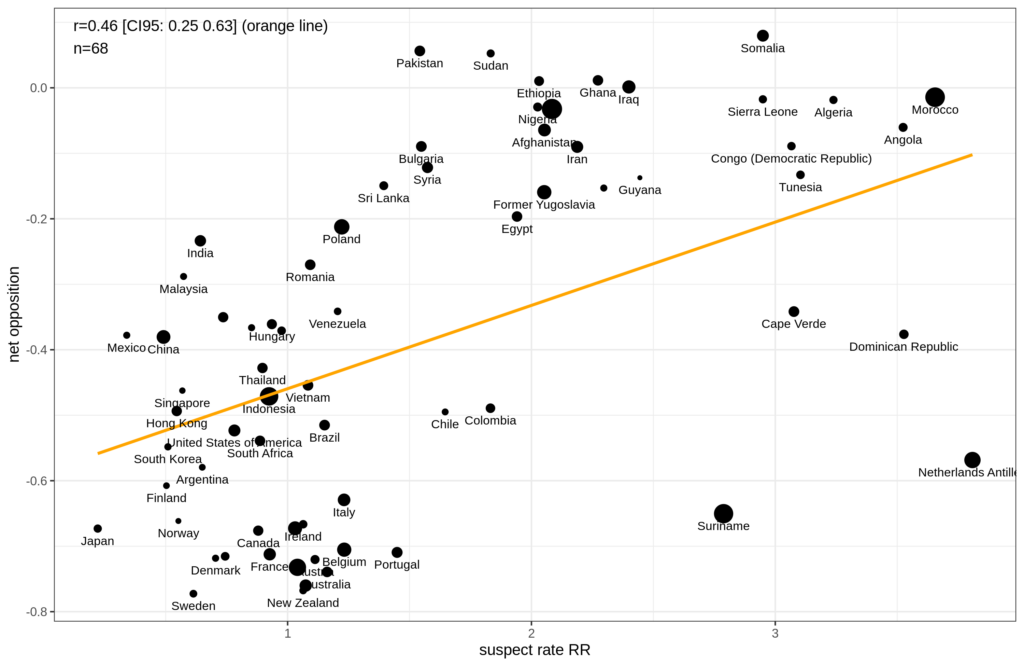 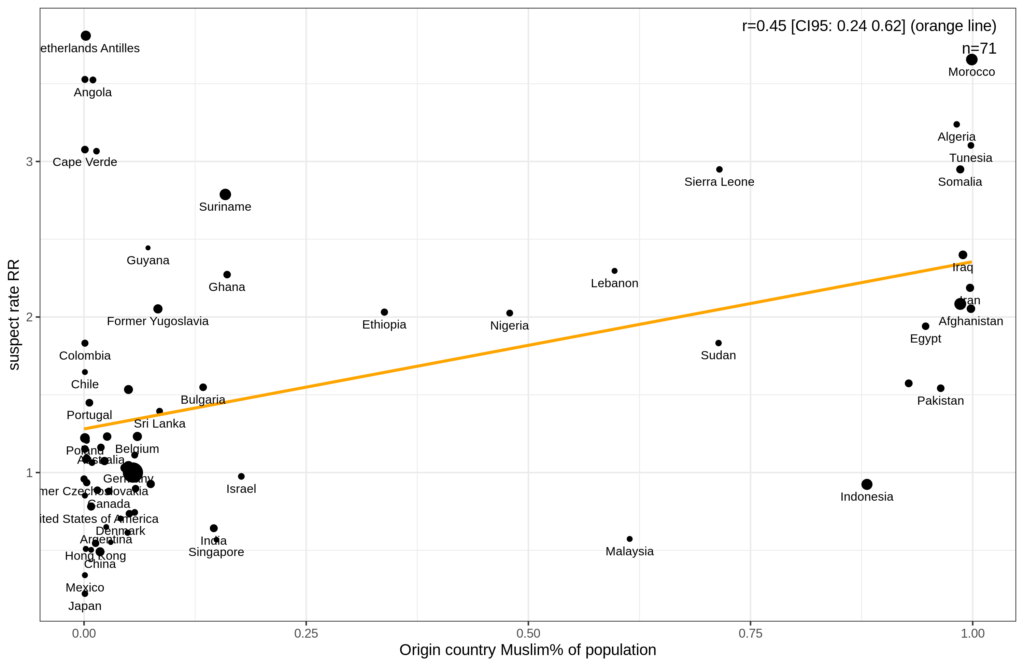 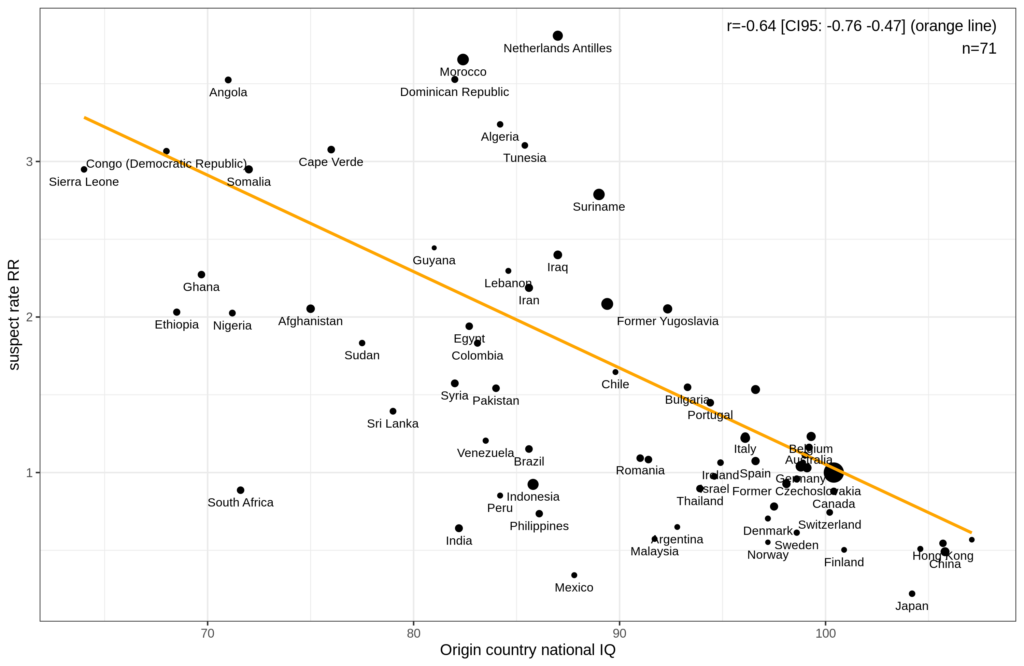 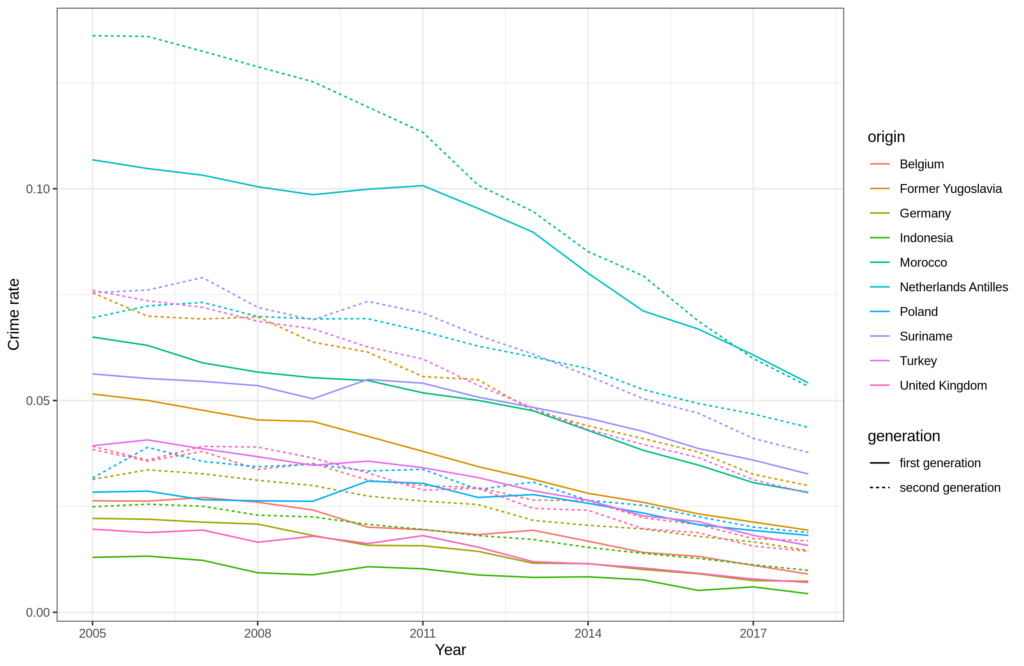 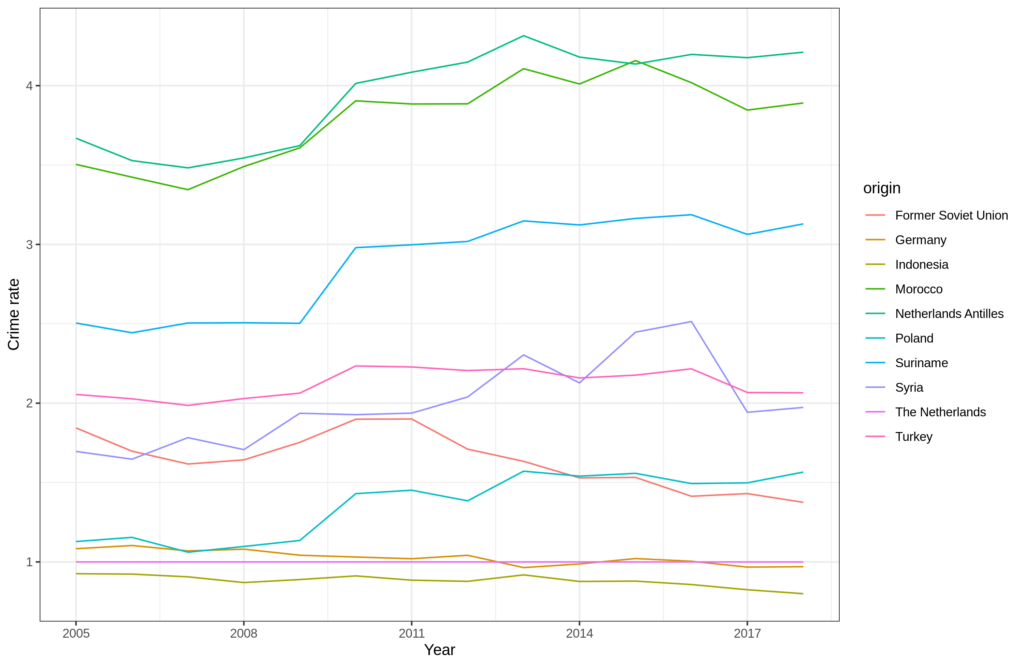 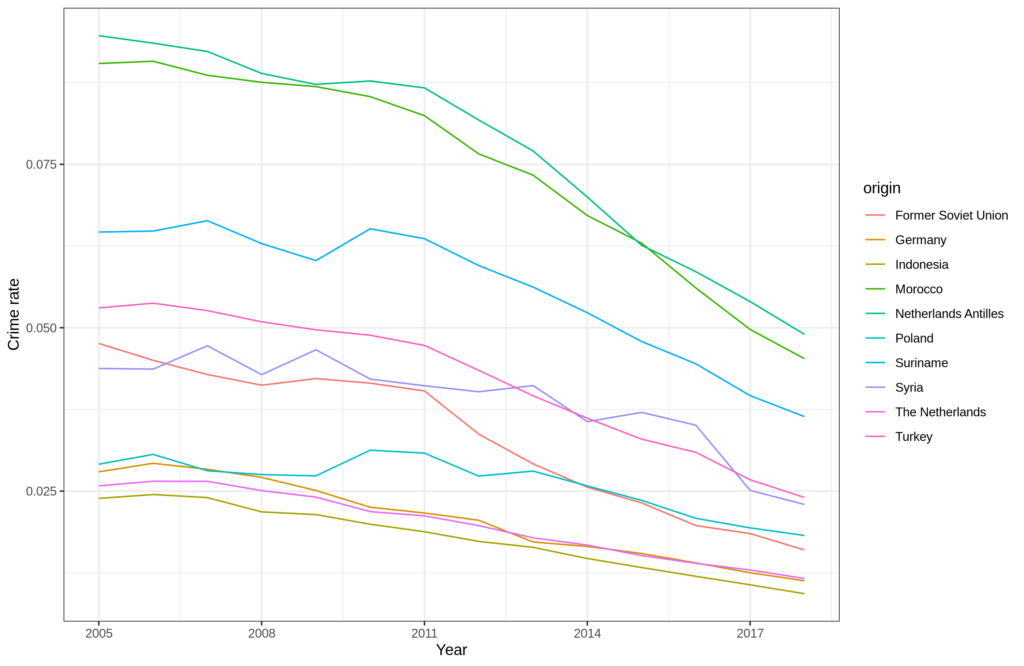 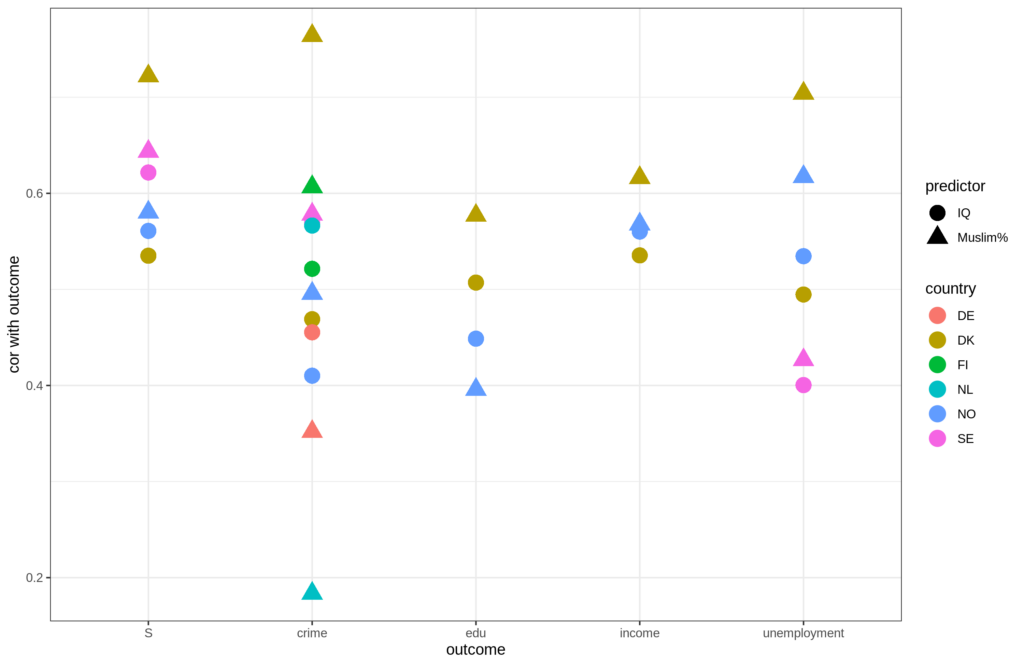 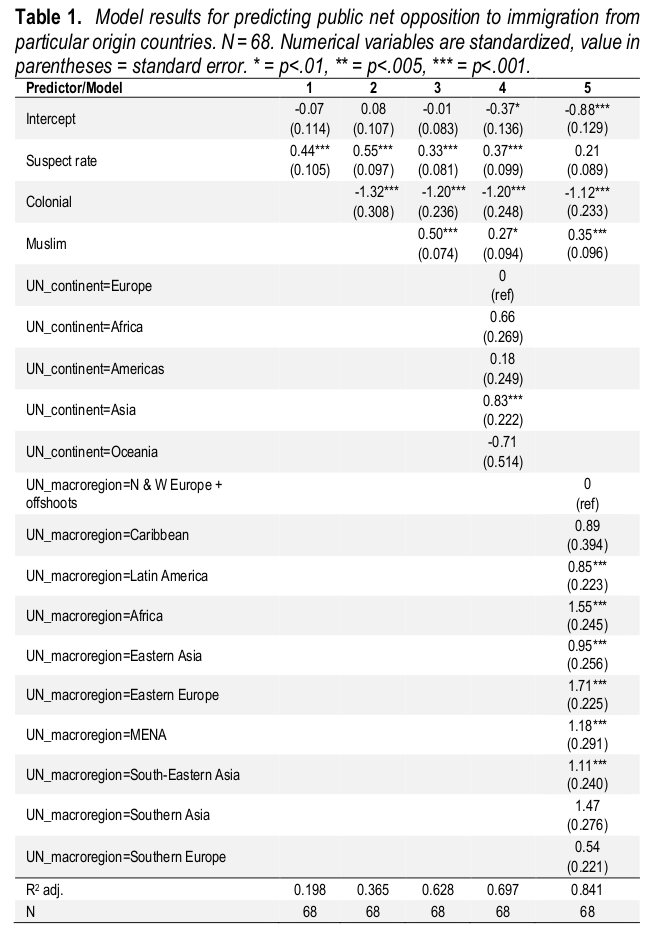