I noted down some comments while reading it.

“We still depend on these descriptive methods of quantitative genetics because

only a small proportion of individual variation in general intelligence and

school achievement can be explained by known genetic polymorphisms (e.g.,

We don’t. Modern BG studies can confirm A^2 estimates directly from the genes.

Results are fairly low tho, in the 20’s, presumably due to non-additive heritability and rarer genes.

“Even in modern societies, the heritability of

intelligence tends to be higher for children from higher socioeconomic status

der Sluis et al, 2008). Where this is observed, most likely environmental

Or maybe not. There are also big studies that don’t find this interaction effect. https://en.wikipedia.org/wiki/Heritability_of_IQ#Heritability_and_socioeconomic_status

only a marginal effect on growth when intelligence is included, consistent with

In the regression model of all countries, schooling has a larger beta than IQ does (.158 and .125). But these appear to be unstandardized values, so they are not readily comparable.

National IQs were also found to predict migrant income, as well as most other socioeconomic traits, in Denmark and Norway (and Finland and the Netherland).

Figures 3 A-C are of too low quality.

“Allocation of capital resources has been an

emphasizes that individuals with higher intelligence tend to have lower

impulsivity and lower time preference (Shamosh & Gray, 2008). This is

investment relative to consumption in countries with higher average

Time preference data for 45 countries are given by:

They are in the megadataset from version 1.7f

Correlations among some variables of interest:

So time prefs predict income in DK and NO only slightly worse than national IQs or lgGDP.

“Another possible mediator of intelligence effects that is difficult to

measure at the country level is the willingness and ability to cooperate. A

review by Jones (2008) shows that cooperativeness, measured in the Prisoner‟s

dilemma game, is positively related to intelligence. This correlate of

governance. Other likely mediators of the intelligence effect include less red

savings and/or investment, and technology adoption in developing countries.”

There are data for IQ and trust too. Presumably trust is closely related to willingness to cooperate.

“There is no psychometric evidence for rising intelligence before that time

century, but literacy rates were rising steadily after the end of the Middle Age

in all European countries for which we have evidence (Mitch, 1992; Stone,

1969), and the number of books printed per capita kept rising (Baten & van

There’s also age heaping scores which are a crude measure of numeracy. AH scores for 1800 to 1970 are in the megadataset. They have been going up for centuries too just like literacy scores. See:

rather than somewhere else, and why did it not happen earlier, for example in

classical Athens or the Roman Empire? One part of the answer is that this

economic output into rising intelligence. The minimal requirements are a

effort, and a means to produce and disseminate written materials: paper, and

the printing press. The first requirement had been present in Europe and the

Middle East (but not China) since antiquity, and the second was in place in

Europe from the 15thcentury. The Arabs had learned both paper-making and

printing from the Chinese in the 13thcentury (Carter, 1955), but showed little

interest in books. Their civilization was entering into terminal decline at about

Are there no FLynn effects in China? They still have a difficult writing system.

Norway and Finland. Results for the Scandinavian countries are based on

losses among British teenagers is derived from the Raven test (Flynn, 2009)

that for cohorts born after about 1980, the Flynn effect is ending or has ended

in many and perhaps most of the economically most advanced countries.

Messages from the United States are mixed, with some studies reporting

continuing gains (Flynn, 2012) and others no change (Beaujean & Osterlind,

These are confounded with immigration of low-g migrants however. Maybe the FLynn effect is still there, just being masked by dysgenics + low-g immigration.

“The unsustainability of this situation is obvious. Estimating that one third

of the present IQ differences between countries can be attributed to genetics,

and adding this to the consequences of dysgenic fertility within countries,

for the entire world population. This decline is still more than offset by Flynn

effects in less developed countries, and the average IQ of the world‟s

population is still rising. This phase of history will end when today‟s

developing countries reach the end of the Flynn effect. “Peak IQ” can

reasonably be expected in cohorts born around the mid-21stcentury. The

genetic endowments, (2) some countries are approaching their genetic limits

already, and others will fiollow, and (3) today‟s patterns of differential fertility

favoring the less intelligent will persist into the foreseeable future. “

It is possible that embryo selection for higher g will kick in and change this.

“Fertility differentials between countries lead to replacement migration: the

with gradual replacement of the native populations in the low-fertility

countries (Coleman, 2002). The economic consequences depend on the

quality of the migrants and their descendants. Educational, cognitive and

economic outcomes of migrants are influenced heavily by prevailing

educational, cognitive and economic levels in the country of origin (Carabaña,

There are quite a few more papers on the spatial transferability hypothesis. I have 5 papers on this alone in ODP: http://openpsych.net/ODP/tag/country-of-origin/

But there’s also yet unpublished data for crime in Netherlands and more crime data for Norway. Papers based off these data are on their way. 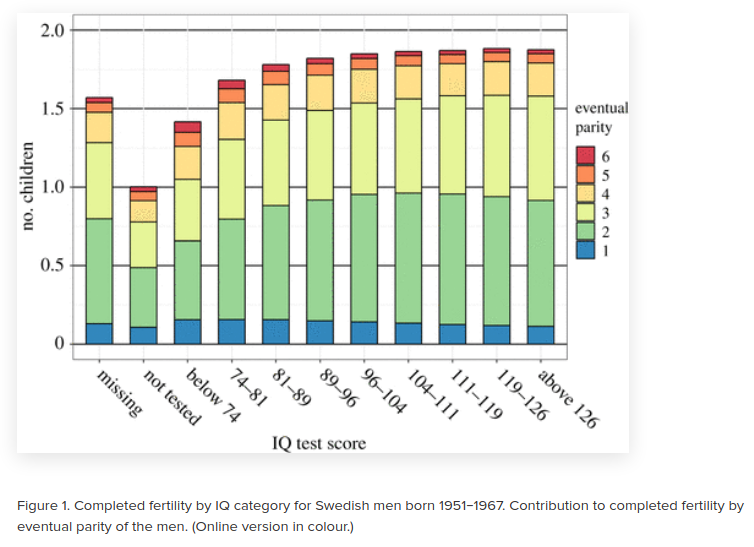 Net contributions in the EU, g and the former east block