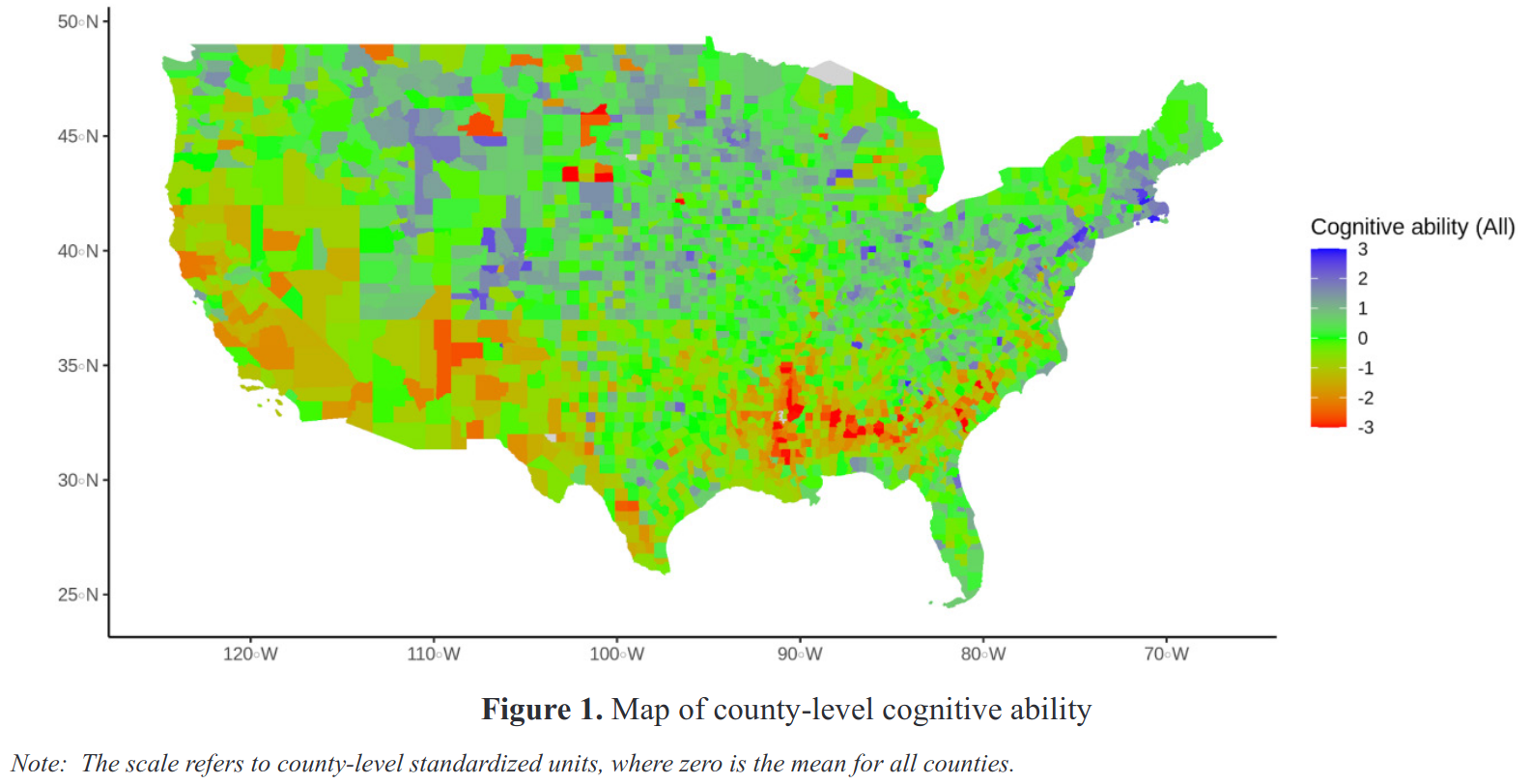 This one came out in Februrary, so we are a bit behind, but that’s because I wanted to time the blogpost with the video. Aaaand the video is online now.

Using a sample of ~3,100 U.S. counties, we tested geoclimatic explanations for why cognitive ability varies across geography. These models posit that geoclimatic factors will strongly predict cognitive ability across geography, even when a variety of common controls appear in the regression equations. Our results generally do not support UV radiation (UVR) based or other geoclimatic models. Specifically, although UVR alone predicted cognitive ability at the U.S. county-level (β = -.33), its validity was markedly reduced in the presence of climatic and demographic covariates (β = -.16), and was reduced even further with a spatial lag (β = -.10). For climate models, average temperature remained a significant predictor in the regression equation containing a spatial lag (β = .35). However, the effect was in the wrong direction relative to typical cold weather hypotheses. Moreover, when we ran the analyses separately by race/ethnicity, no consistent pattern appeared in the models containing the spatial lag. Analyses of gap sizes across counties were also generally inconsistent with predictions from the UVR model. Instead, results seemed to provide support for compositional models. 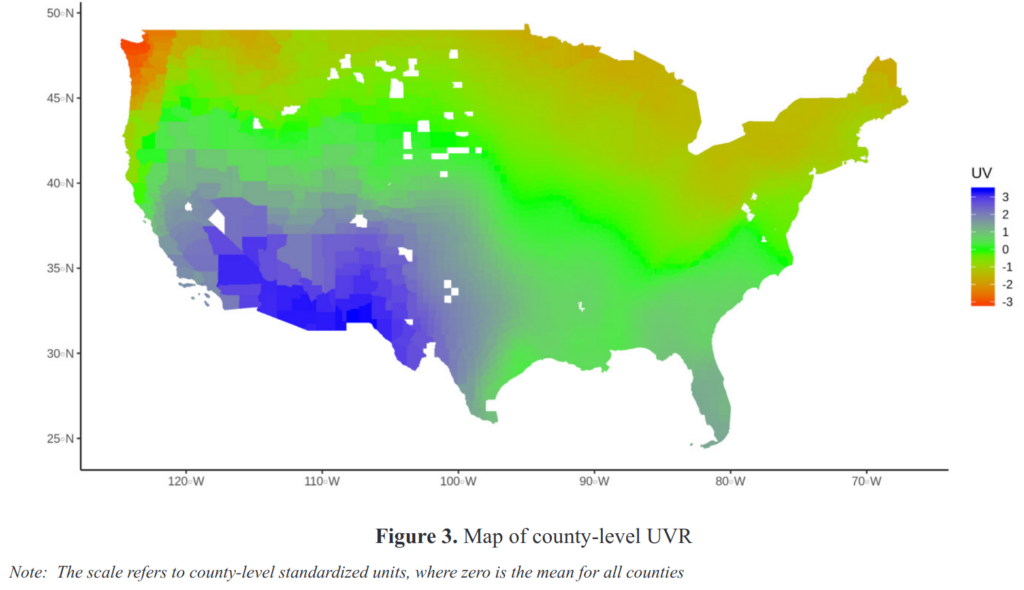 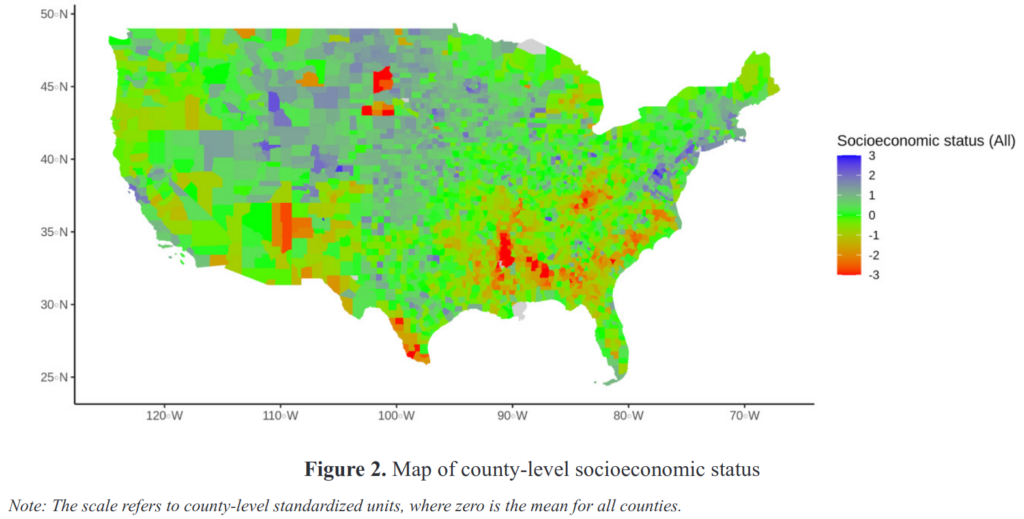 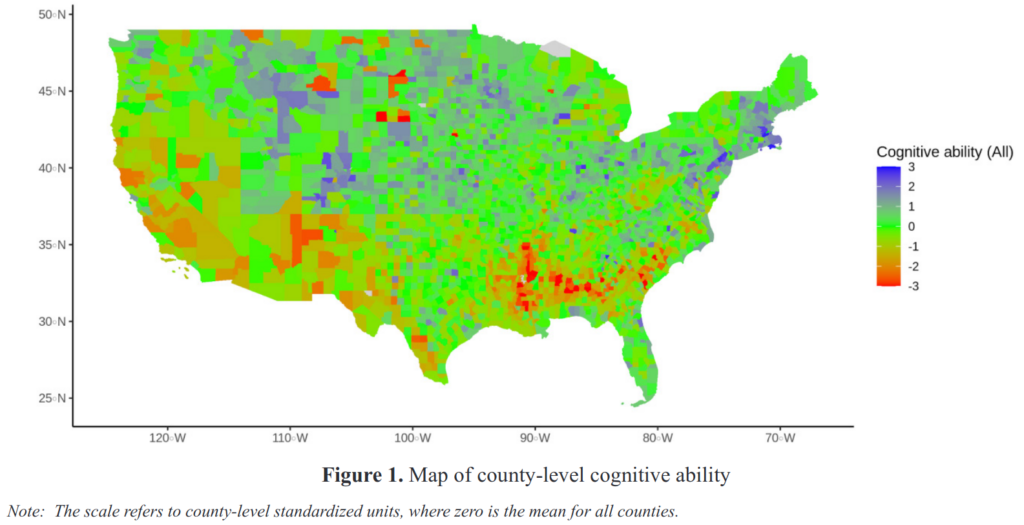 We did try Intelligence for this, because of course, prior research was published there and elsewhere, and it would be a popular paper. Alas, we got the 4th reviewer treatment. I cover it in the video, but it happens when you have a paper that’s a bit too un-PC and you happen to make it through normal peer review. The editors will then add another 4th, always negative, reviewer, and then reject. Colleagues report the same treatment from time to time.