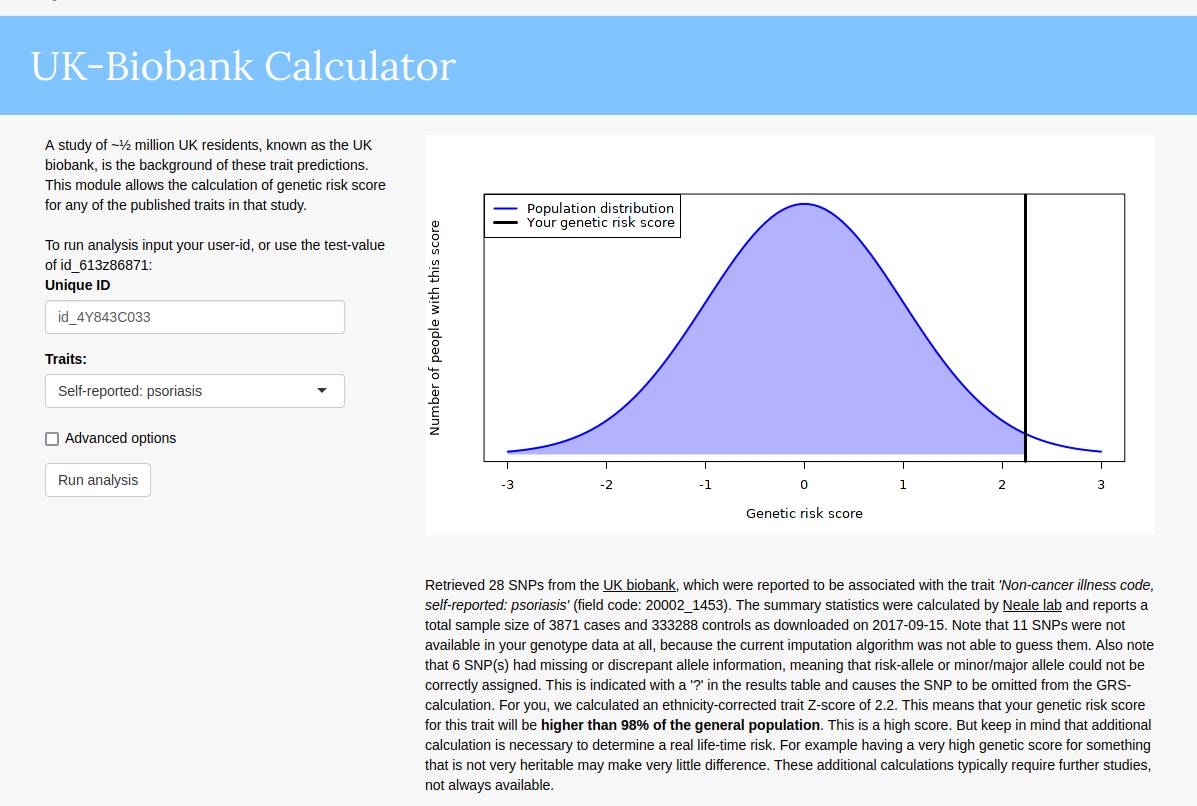 While we don’t take anecdotes too seriously on this blog, here I will present a small one. If you are one of those who have purchased genetic test results from consumer genomics companies such as 23andme or ancestry.com, you can download your ‘raw’ data and upload it elsewhere (or look at it yourself). I saw ‘raw’ data because these data are not by any means the raw, which would be cell files (uninterpretable gibberish to 99.9% of people) but they give you the genotype calls: a list of which 2 variants you have for each tested location. It looks like this (23andme):

My 23andme genome has been public since 2012, so I am not disclosing anything in particular here. I think genomes will be mostly public in the future, so there’s little harm in publishing them now (unless you plan to become a serial killer). So, a bit of family history. I have psoriasis, a skin disorder that essentially makes you look sun burned semi-permanently at certain spots on the body. It’s a genetic disease with a high heritability of 68% in a sample of 10k twins. My mother also has the disease and my little brother has it but only weakly so. My dad does not have it, nor my mother’s mother. I have all of their genomes and uploaded them to impute.me, which will give the genetic predictions. They look like this: 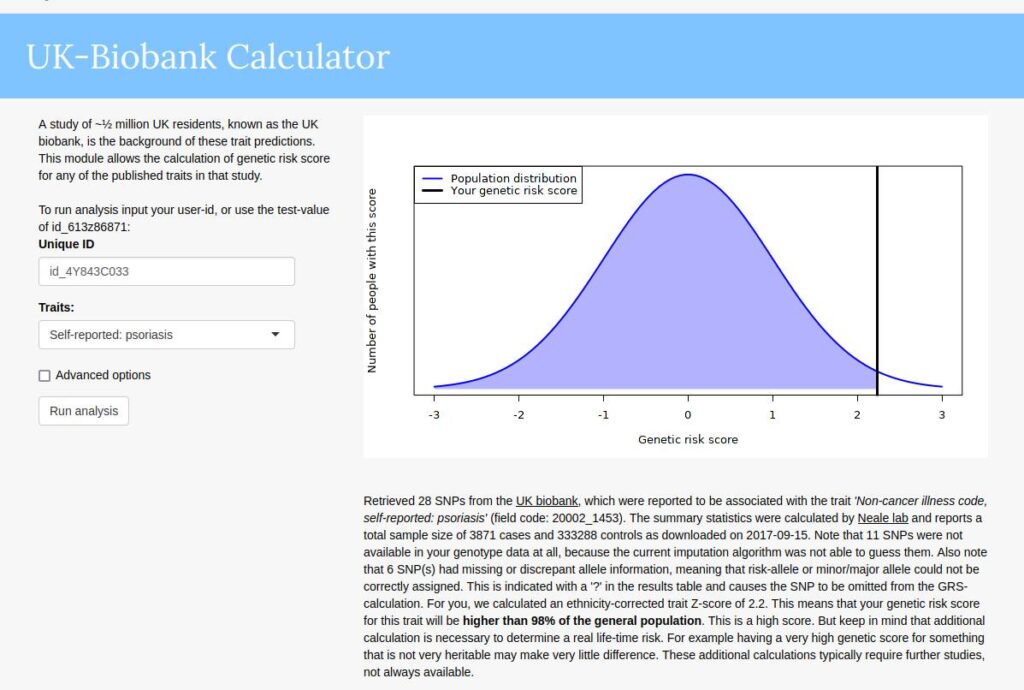 So I get 98% centile on their model based on UKBB GWAS. Rest of family:

The genetics of mental illness