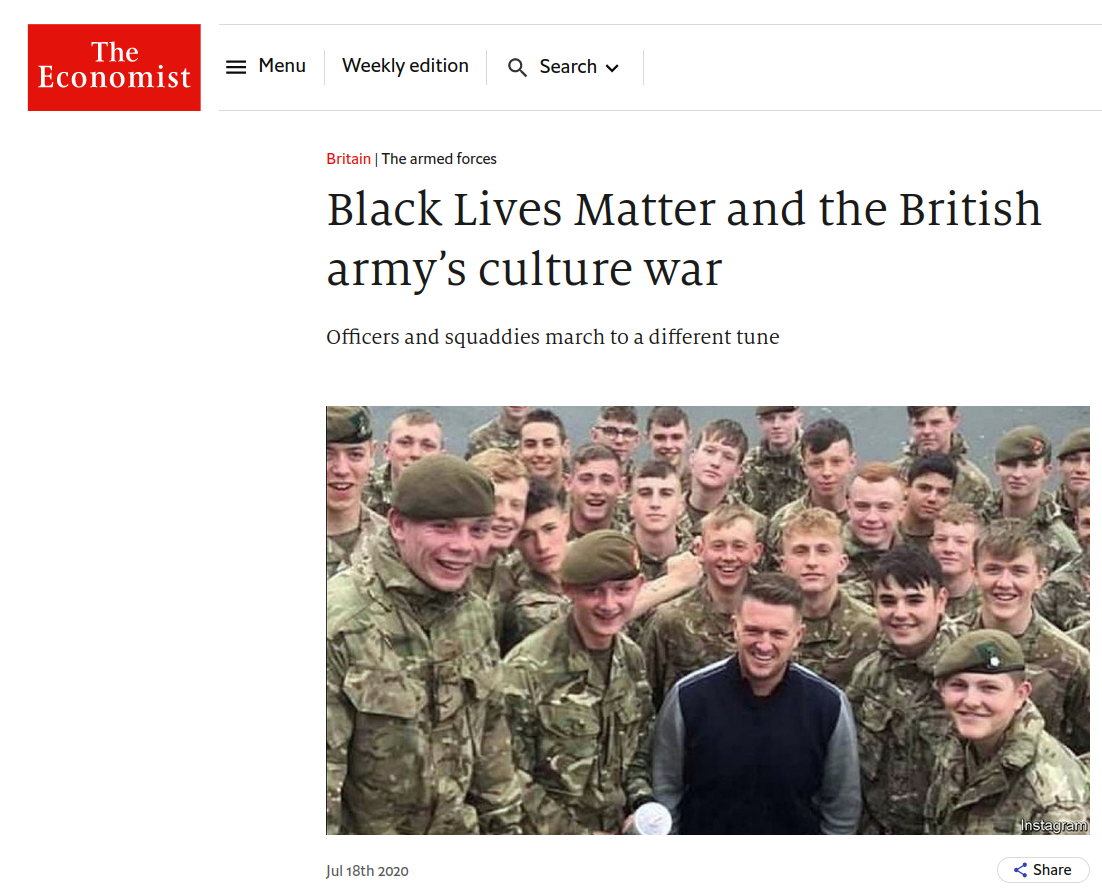 Men constitute the vast majority of the fighting power of a country. When women make inroads by political forcing, the results are often comical or disturbing, depending on your level of clown-pilling. Now a days most countries rely on volunteers to be employed in the military. But some countries are having problems recruiting. USA: 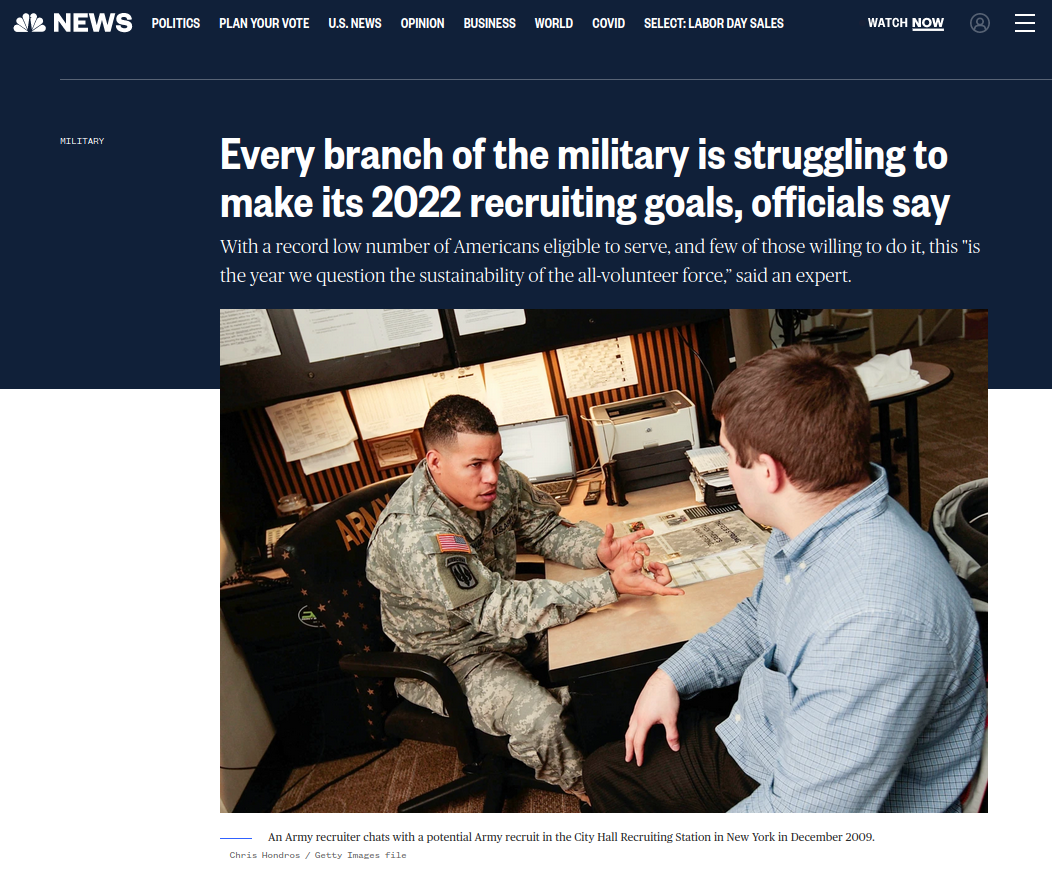 Not all officers have moved in line with senior staff. Some allowed troops to attend counter-protests. But under new regulations officers who aren’t seen to encourage diversity will not be promoted. Anthony King, chair of war studies at Warwick university, thinks that in their drive to support diversity officers might sometimes be seen to promote women and ethnic minorities who had failed to meet the army’s own rigorous standards. “Independently of any committed racism or sexism on the part of the soldiers, this is bound to generate a reaction,” he cautions. A former squaddie says he left the army last year when a female officer was promoted despite failing fitness tests. According to a spokesman, “All fitness courses require the same challenges for both men and women—all staff being promoted are expected to pass the relevant tests.” The squaddie is unimpressed. “The army is just for shit cunts and liberals now,” he says.

I mean, why would British men sign up to risk their lives and be unable to get promoted while Africans and Women and other ‘protected classes’ get promoted despite failing required tests etc.? Consider this recent case of Kirtland Gill: 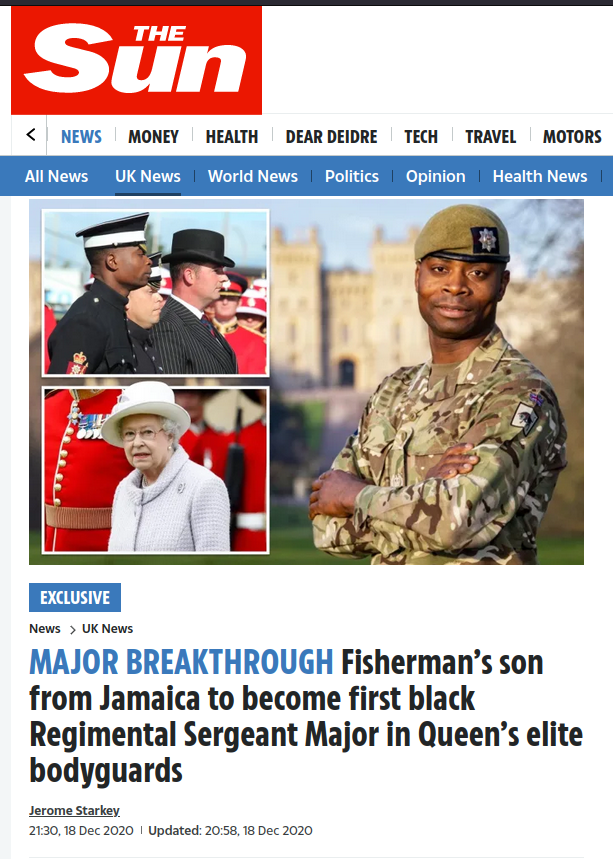 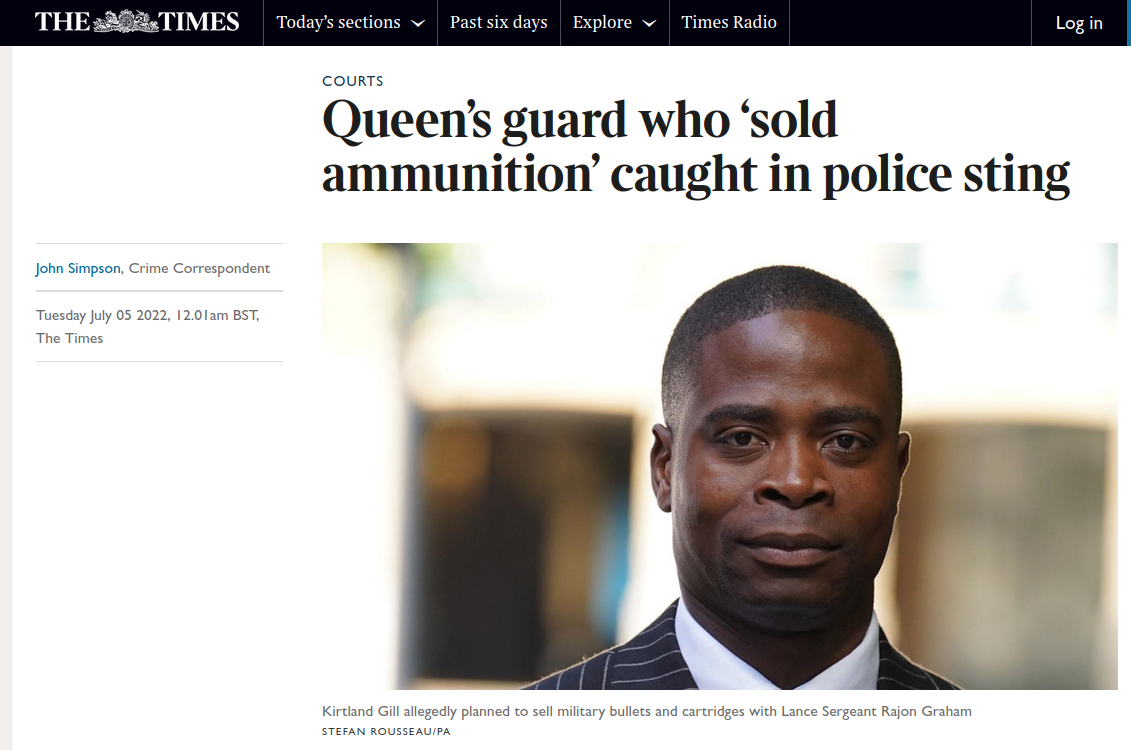 And the accomplice is another African, Rajon Graham: The second guy was apparently immediately convicted, but Kirtland was found not guilty. Suspicious. He’s right back on the promotion path, that’s what top military leaders want: 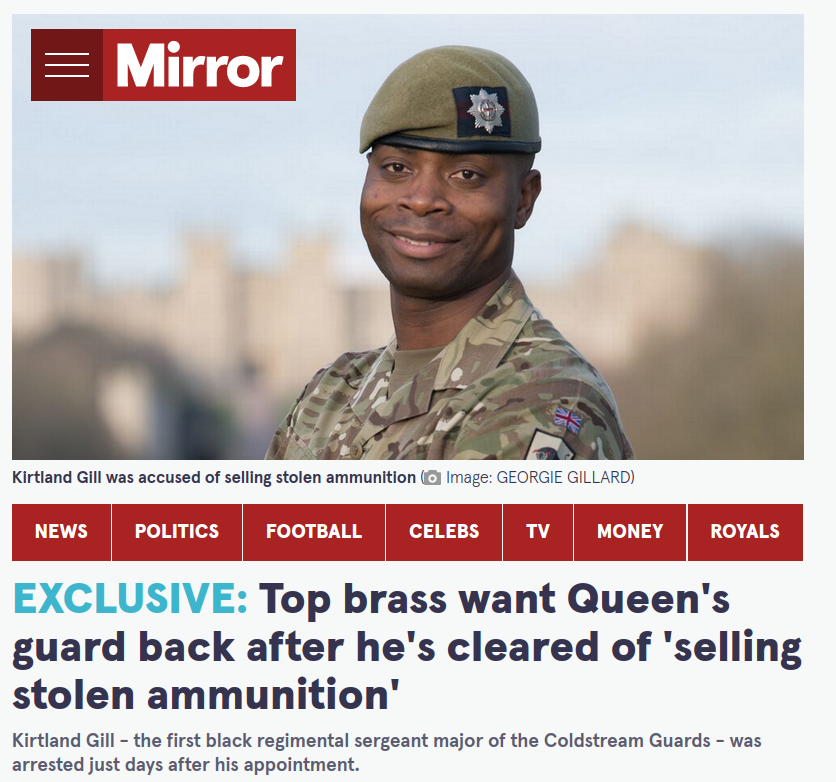 The recruitment into the British army runs into the same intelligence gap problem as everywhere else: The solution to that is of course to make a new test that is more ‘fair‘, i.e., a useless test, since it is impossible to make a test that doesn’t show ethnic gaps but still measures intelligence. Linda Gottfredson famously covered one of these cases at length:

One probably couldn’t publish a such study these days. Well, not in a journal run by the American Psychological Association, which itself is completely woke:

The governing body within APA should have apologized to people of color before today. APA, and many in psychology, have long considered such an apology, but failed to accept responsibility. APA previously engaged in unsuccessful efforts to issue apologies in the past, including an apology to Indigenous peoples. The work done to make this apology to people of color a reality was led by the people and voices of a broad cross-section of today’s APA—members, APA’s elected and appointed leaders, and staff—in a shared commitment to not only truly assess the harms and the harmed, but also to take responsibility and commit to taking those collective learnings and direct them into an apology that will affect true change. It is informed by listening with intention to the voices of the past—as outlined in a stunning chronology of psychology’s history—and especially informed by the voices of today, the lived experience of psychologists of color, Ethnic Psychological Associations, and those who serve people of color. 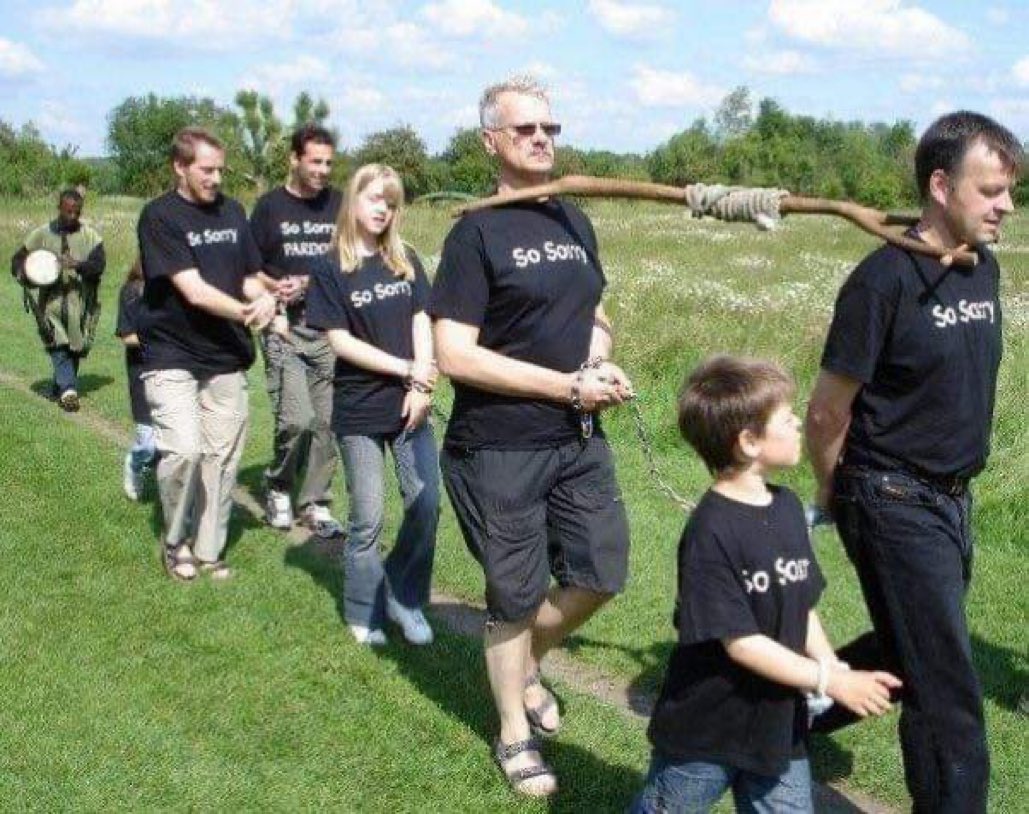 Note you that this stuff is occurring under a conservative British government. In fact, it was until recently solidly headed by a Boris Johnson, supposedly a far right candidate. He accomplished just as much as Donald Trump, that is, nothing. In fact, he made it worse:

For many people, the whole point of voting for Brexit was to lower immigration. In every single study of why 17.4 million people voted to Leave the European Union, wanting to slow the pace and scale of immigration was —by far— the most powerful driver, alongside the closely connected desire to restore Britain’s sovereignty.

But for many voters today, promises to Take Back Control of Britain’s borders and reduce immigration sound increasingly hollow. While Brexit Britain does have more of a say over who is coming in and out of the country, since the last election its Conservative rulers have ushered in an immigration system which in many respects is more liberal than anything Tony Blair, David Cameron, or Theresa May presided over. 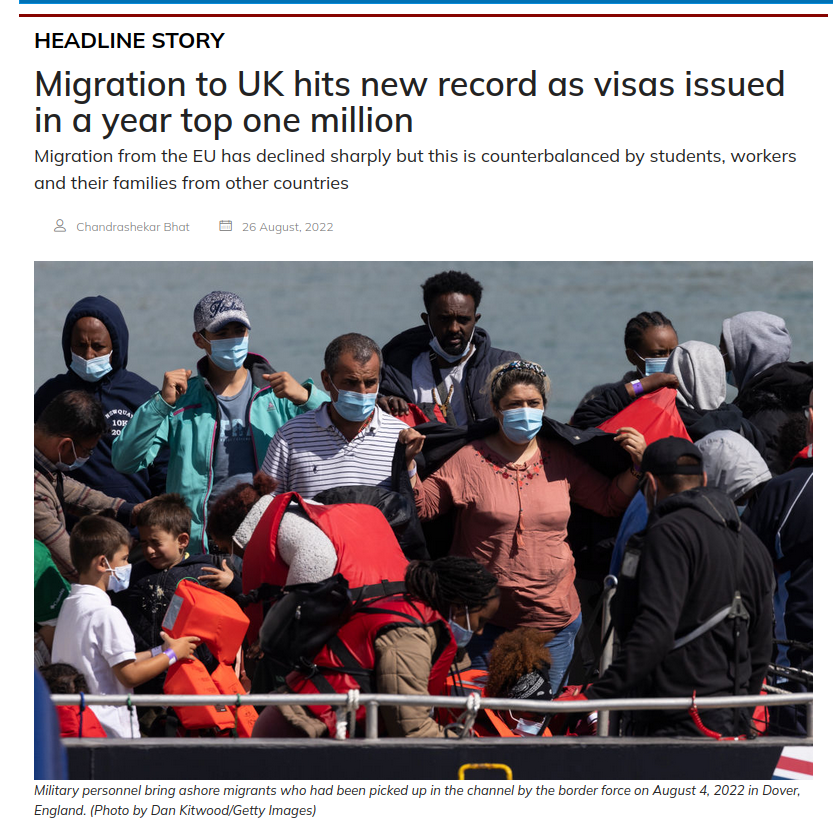 And the illegal kind too: 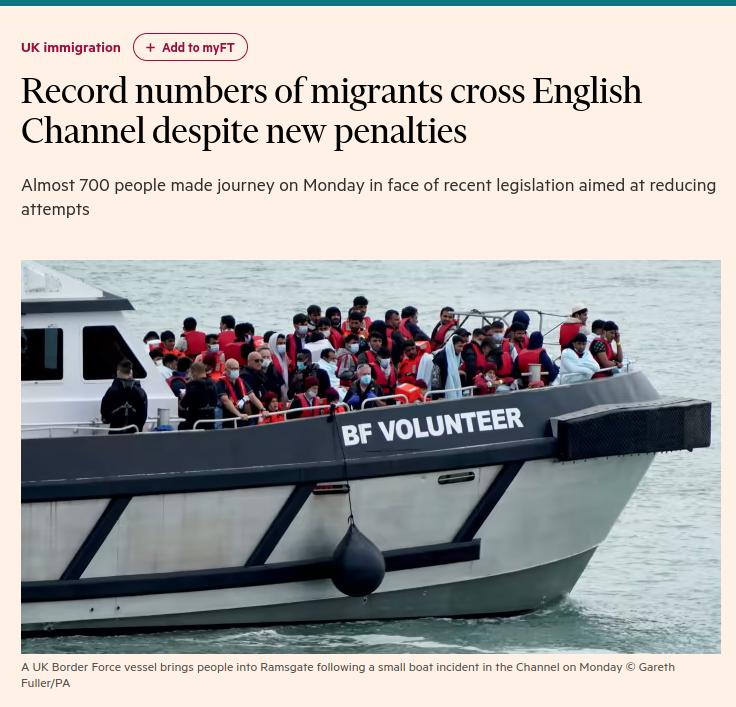 The conclusion is inevitable: Conservatives are either amazingly incompetent, want to lose, or are not really conservative at all. Which is it?

We can also look at this between countries: 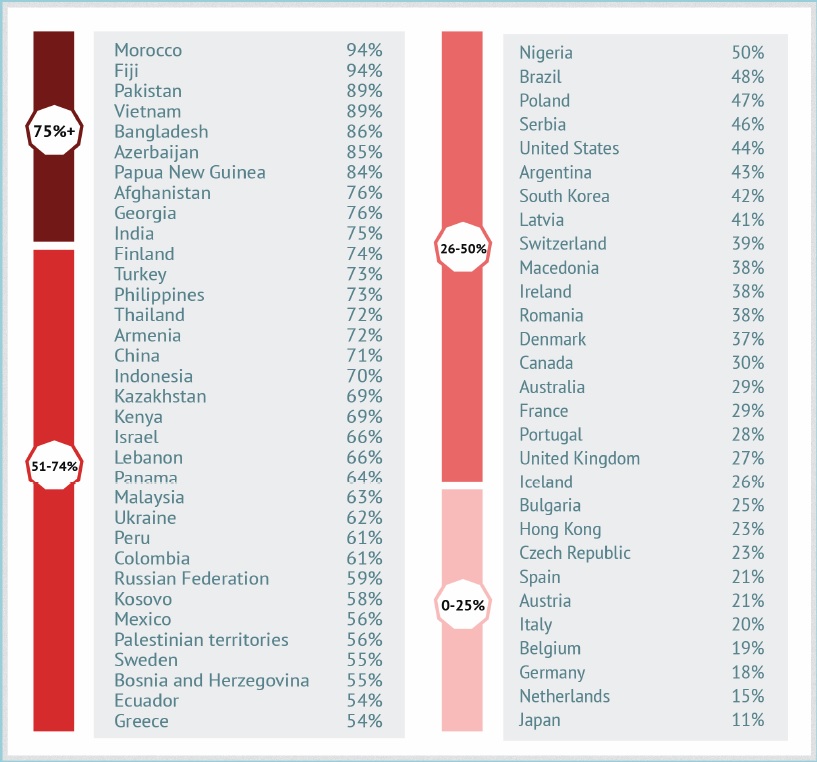 Note that these data are back from 2015, which is at the start of the great awokening. I imagine the numbers have declined since due to wokeness of the military. The military is traditionally the reactionary hold-out when the government gets too cute on socialism. I guess for this reason the socialists decided to work very hard making on the military as woke as possible before any upcoming troubles ahead.

These questions are asked in the World Values Survey (e.g. this study), so it is possible to track them over time. I didn’t look into this, but if one could also track woke per country over time, e.g. by following the media, one would be able to study the causality of this: I had a quick look at the latest willingness to fight data from the World Values Survey using their online explorer. Data are from 2017-2022, so they are well into the Wokeness period: 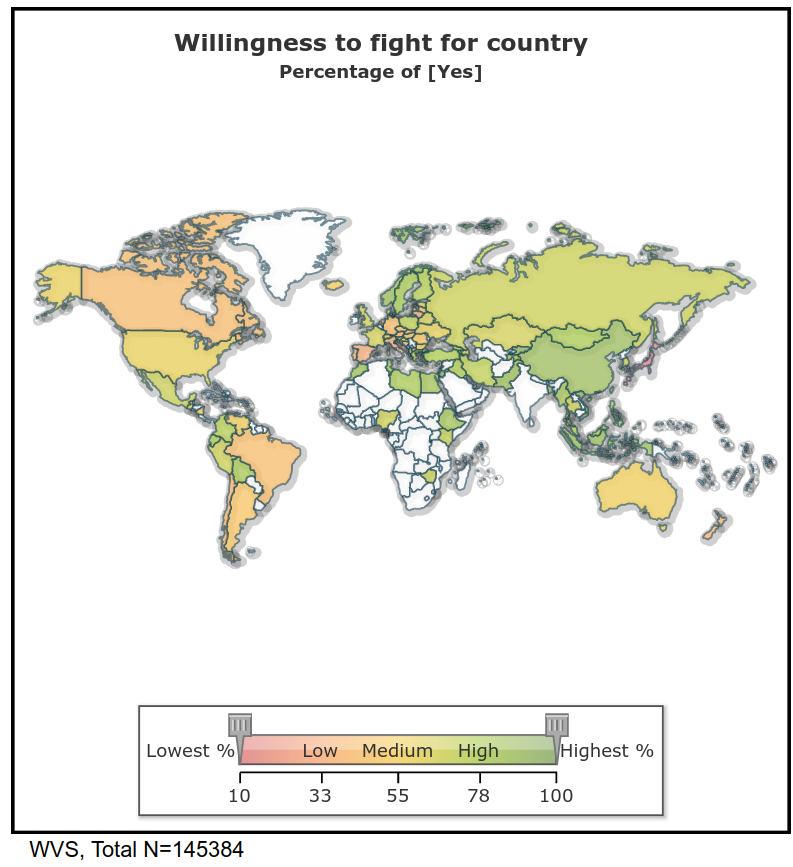 It is hard to see, here’s the list of countries: 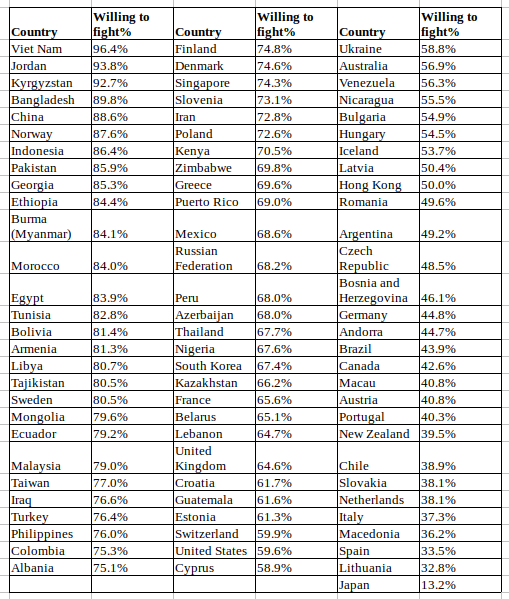 The Nordic countries are positive outliers: Norway 88%, Sweden 81%, Denmark 75%. They (we!) are quite woke, but somehow retains a high willingness to fight — for now.  Compare with the Netherlands, an otherwise very similar country, which is only at 38%. Germany is at 45%. As usual Japan is basically unwilling to do anything.

From a historical perspective, willingness to fight for one’s country is a good measure of Asabiyyah:

‘Asabiyyah or ‘asabiyya (Arabic: عصبيّة, ‘group feeling’ or ‘social cohesion’) is a concept of social solidarity with an emphasis on unity, group consciousness, and a sense of shared purpose and social cohesion, originally used in the context of tribalism and clanism.[1]

Peter Turchin has written about this at length in his historical books, Ed West also has some good content on it. The Anglo-sphere and most of the Western are quickly headed towards very low asabiyya. So low in fact that many of them literally hate their own people, and rate them lower on traits than other groups. Zach Goldberg tweeted out some of his latest results from the ANES dataset:

American White leftists rate Whites more violent than Blacks, in the middle of a Black surge in violence. Reaching new levels of delusion: 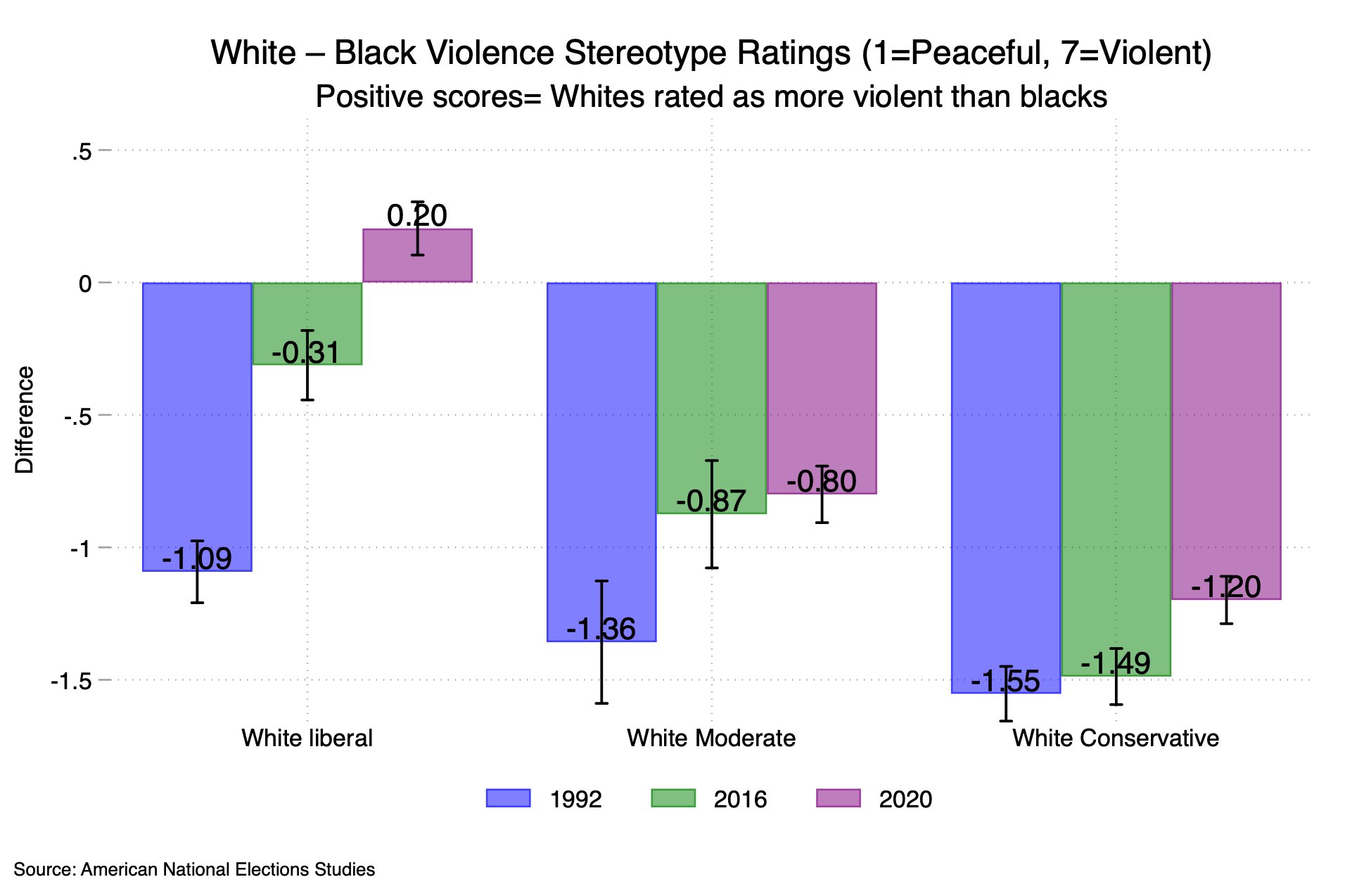 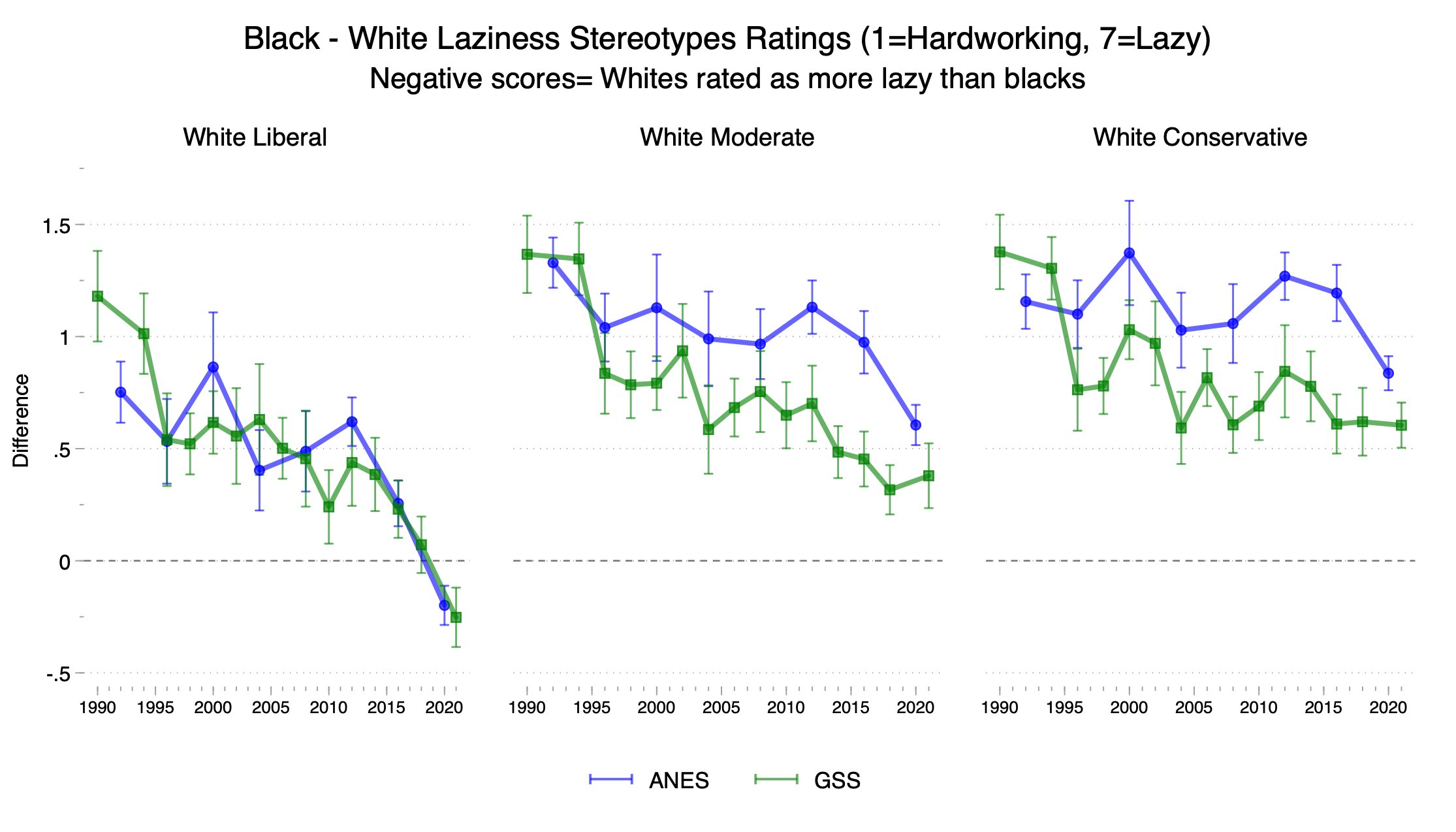 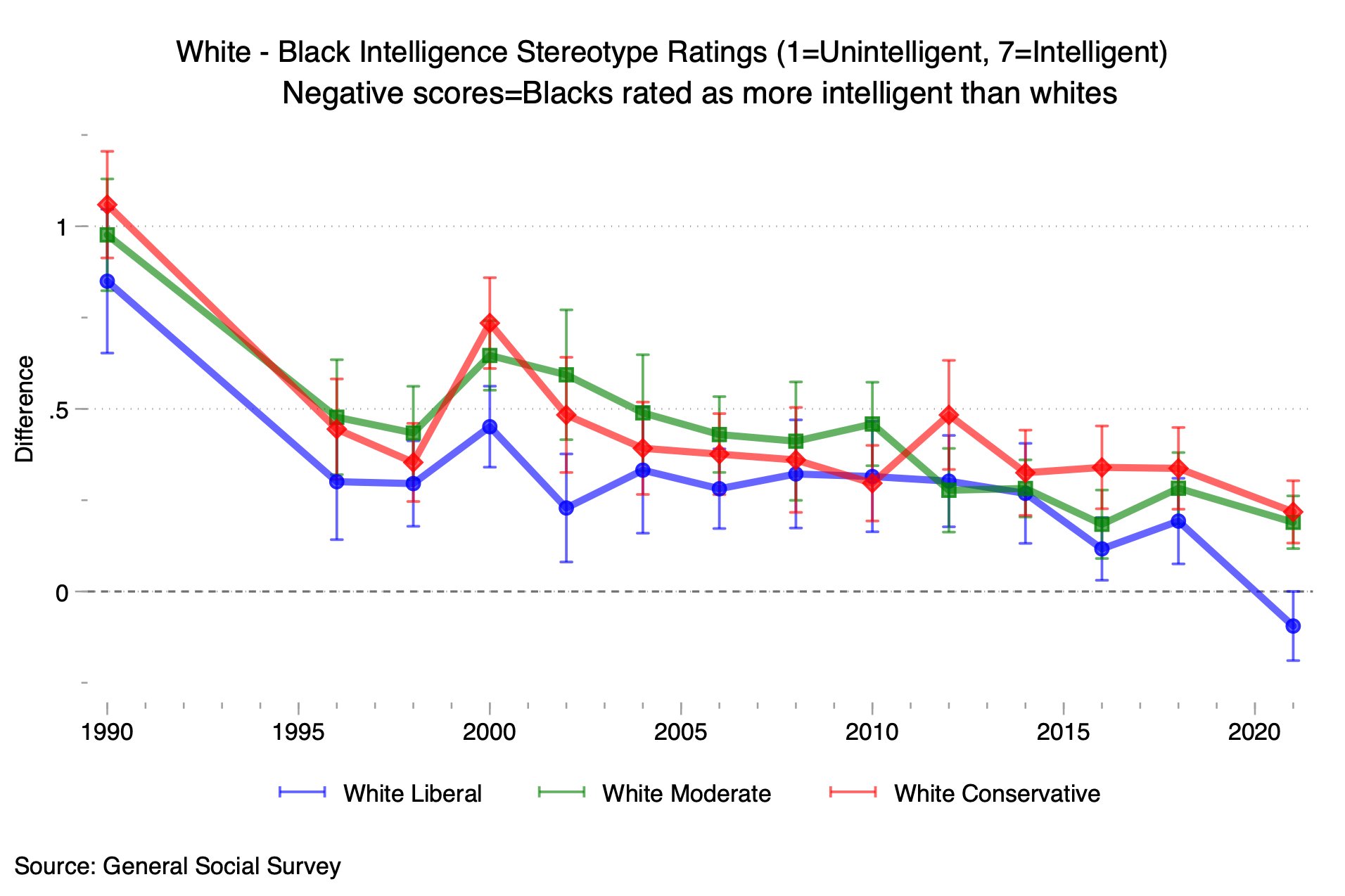 These ratings of course go in tandem because of the halo effect where people tend to lump all positive qualities of people and peoples together, creating possibly spurious positive correlations. In this case, though, they are not spurious but White leftists in USA have managed to acquire stereotype inaccuracy.

It is an interesting first, historically. I don’t think anyone has previously convinced an ethnic group to hate itself. The logic is undeniable: all peoples are equal in socially valued psychological traits — cosmic egalitarianism. Thus differences in socially valued outcomes can only be due to shenanigans by those in power. As these are White people (in their countries), these people must be morally corrupt and evil despite all the efforts to the contrary. It is essentially the mainstream of a version of Yakub’s theory.

Ukrainians in our countries: what are we getting, what can we expect?

“a kind of social paranoia, a belief that mysterious, hostile forces are operating to cause inequalities in educational and occupational performance, despite all apparent efforts to eliminate prejudice and discrimination”