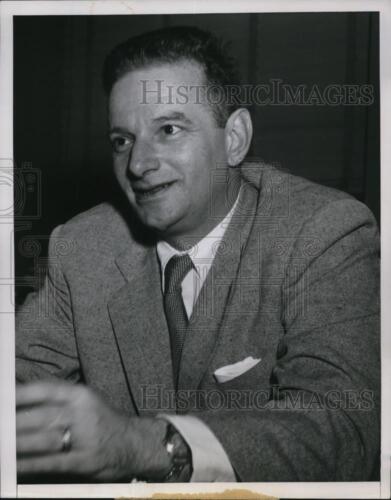 Nathaniel Weyl (July 20, 1910 – April 13, 2005) was an American economist and author who wrote on a variety of social issues. A member of the Communist Party of the United States from 1933 until 1939, after leaving the party he became a conservative and avowed anti-communist. In 1952 he played a minor role in the Alger Hiss case.

After leaving the Communist party, Weyl contacted Paul Porter, an old Socialist Party friend and began to write a weekly column for Porter’s Kenosha Labor. He considered joining forces with a new friend, Lewis Corey, as “we believed that American radicals must build some sort of new consensus, repudiating most of Marxist philosophy and economics, reaffirming democratic processes, and confronting the Soviet–Nazi bloc as an enemy.” However, they disagreed on approach, Corey advocating formation of a new party, Weyl advocating “a loose political organization to work within the Democratic Party and influence it.” Their alliance fell apart as the Weyls moved to Washington.[2]

There, Weyl accepted a post as head of the Latin American research unit at the Federal Reserve Board and later moved to the Board of Economic Warfare. He served overseas in the Army for two years during World War II. After the war, he became a journalist and author and earned an income from investments.

In 1952, Weyl testified before the Senate Internal Security Committee that he had been a member of the Ware group, and that Alger Hiss had attended meetings as well.[3][4] It was the only eyewitness corroboration of Whittaker Chambers‘s testimony that Alger Hiss was a Communist.[5] However, it came two years after Hiss had been convicted of perjury, and Weyl never explained his failure to come forward as a witness in the Hiss trials.[6]

Also in 1952, Weyl attended a loyalty board meeting in support of Mary Dublin Keyserling. Keyserling was accused of communist ties, in part through alleged connections to Weyl. Weyl spoke against this.[7]

Weyl writings included studies of communism, especially in Latin America; espionage and internal security in the United States; racial, ethnic and class analyses of societies; and the roles of political and intellectual elites. Some of his writing has been published in eugenics journals and has espoused such views as blaming modern revolutionary movements on the “envy of non-achievers against creative minorities.”[8] Two of Weyl’s books, Treason (1950) and Red Star Over Cuba (1961), received some critical interest and discussion in their times.[9] Red Star Over Cuba postulates that Fidel Castro was a covert Communist before the Cuban Revolution and had been recruited by the Soviets while he was a teenager. The theory has not been widely accepted.[10]

Weyl visited Rhodesia in 1966. During this visit, Weyl received IQ data from the Rhodesian government. Learning of Rhodesian government reports indicating a large number of white Rhodesian individuals having unusually high IQs, Weyl concluded in a journal article in Intelligence that high taxes and other economic hardships in “socialist Britain” were causing a brain drain to Rhodesia. This work was later cited in the 1994 book The Bell Curve by Charles Murray.[12]

Following the release of Red Star Over Cuba, Weyl and John Martino, an activist against Castro, also actively promoted the story that Lee Harvey Oswald had been in Cuba prior to his attempt on the life of John F. Kennedy, where he enjoyed contact with Cuban intelligence and Castro. Martino admitted that the story was fabricated shortly before dying, in 1975.

Weyl’s 1979 book Karl Marx – Racist contains a summary and critique of Marx’s views on race and the role of Jews in modern capitalism, and a discussion of later refutations of Marx’s economic views. At the same time, Weyl himself supported white minority-rule regimes in southern Africa against “communist terrorists” like Nelson Mandela, preferring the whites of Rhodesia, South Africa, and Portuguese colonial rule.[13] Thinking that the struggle of Communist liberation movements was essentially destroyed by 1970, he published Traitor’s End and intended the book to be the white anti-Communists’ celebration of the supposed destruction of the black majority’s liberation movements.[13]

In his book “The Jew in American Politics” (1968, New Rochelle, N.Y., Arlington House) Nathaniel Weyl supported the control of Israel by Jews from the West, especially USA. This is on the claim that, otherwise, an underdeveloped race of Jews from Morocco, Middle East and Africa, who are, according to him, ethnically Arabs, will control the country.

Weyl was also an apologist for segregation at home. A supporter of racialist theories against miscegenation, Weyl wrote for the Mankind Quarterly for which Robert Gayre dubbed him a modern proponent of the anthropological ideas of the 19th-century eugenicist Sir Francis Galton.[14] However, Weyl, unlike others in the magazine, allowed that marriage between races might be permissible in select instances.[14] He had been writing for the magazine as early as 1960.[11]

So, started out as a Jewish communist activist in the 1920s and 1930s. This is pretty typical. But then he got disillusioned in 1939, then spent 50 years fighting communism by way of the pen. I became aware of Weyl because I saw some citations to his books on intelligence, and that he had published papers in Mankind Quarterly. In fact, upon checking using Ron Unz’ very nice archive of old MQ publications, we found that he had published some 57 papers there, not including the book reviews. The span of publication was curious. He started out in 1961, with 3 articles. Most years then feature a few MQ publications, except for years where he instead focused on a book (e.g. in 1963, he published the wide ranging The Geography of Intellect). Then suddenly in 1978, he stopped. We found only a few articles published after this date. But there’s still some books and other things. New York Times covered his death in 2005 and claimed he had a change of heart again on politics:

According to Ms. Cowan, in later life Mr. Weyl moderated his conservative views, and voted for Bill Clinton and John Kerry.

In addition to Ms. Cowan, of Los Angeles, Mr. Weyl is survived by his twin sons, Walter and Jonathan, both of Florida; and another stepdaughter, Jeanne Cowan of Boston.

It is curious that his sons didn’t want to talk to NYT but they had to hear testimony from a stepdaughter. Hmm.

His range of topics is amazing, typical of the best of bloggers (Scott Alexander, Razib Khan). He was far ahead of his time on several ocassions. For instance, he suggested in 1970 to collect data on the highly intelligence and of nations. This was in response to Jensen’s 1969 paper that mentioned the important role of the right tail. So he was really writing about smart fraction theory and the need for systemic data collection some 30 years ahead of time. He wrote about bioethics, or, naturalized ethics, as they would say these days (it’s a pun). There’s writings on the evolution of intelligence, climate, geography, dysgenics, civilizations, all sorts of geopolitics issues and much more.

As usual, we searched, the Unz archives, Google Scholar, Semantic Scholar, Worldcat, and Google for works by the author. The collection is incomplete, both in terms of coverage and whether we could find a copy of the work. Please comment below for any additions. You can send missing materials to me by email: emilowk@proton.me.

Some photos of Weyl that we could find, unfortunately none of them are satisfactory either due to low quality of watermarks:

Photo from this bio of Weyl.

There are some photos from the 1950s trial: Weyl seems to have read an inhuman number of books, and produced an equally large number of book reviews. This list is far from complete, as we were exhuasted. Some books are reviewed multiple times in different outlets.

Weyl wrote a number of far-reaching books. He didn’t shy away from topics that others would, whether it was race issues, South Africa, Communist threats, Jewish politics, or Karl Marx’ racism. 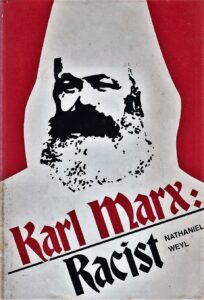 I thought it would be a fun book to have a copy of, but apparently others had the same idea, for the book costs 150 USD!

Mouse cloning perfected? Human cloning not so far away