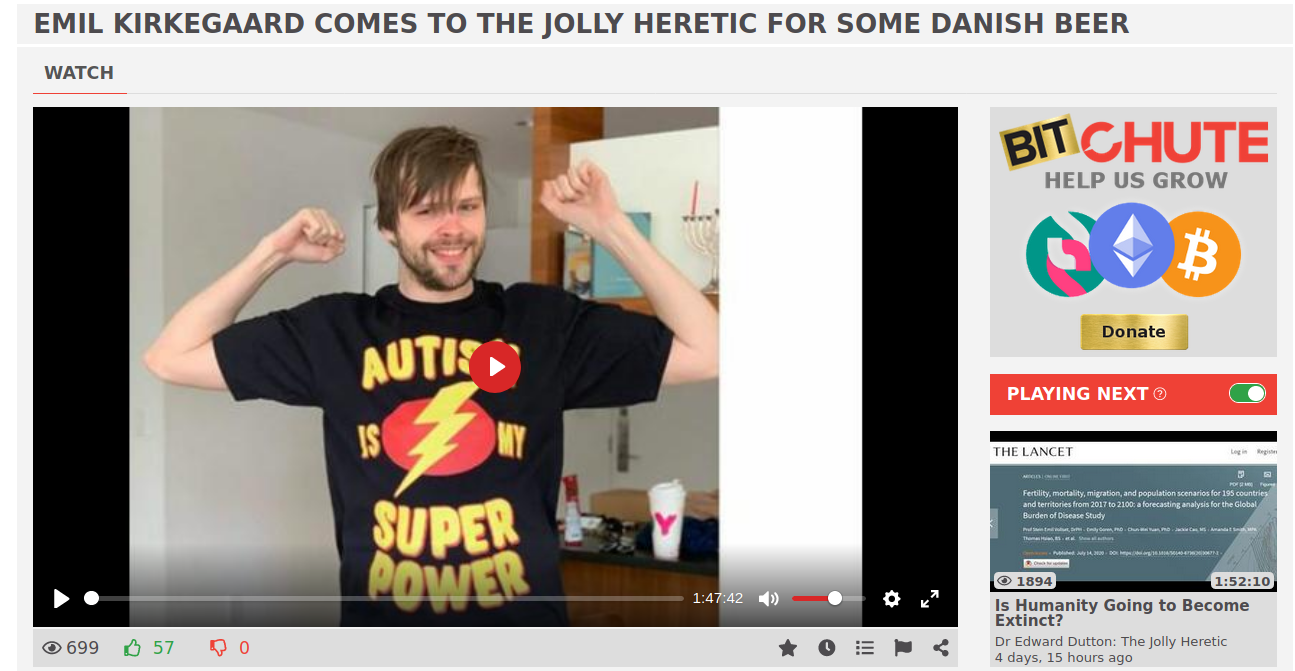 This was a live show with real viewer questions and our attempts to answer them. Read: wild speculation, and suggestions for research. Since Youtube is a piece of shit, here’s the Bitchute version.

We mostly talked about the usual things I talk about on this blog. Genetics and society, history, which way we are going, the decline of the West, and whatever one might do about this (acquire traditional wife, have lots of kids?).

Here’s some of the studies I mentioned: